Aug. 7, 2018 - Biomass is quickly becoming a sought-after resource as an alternative to fossil fuels, chemicals and energy in the bioeconomy. Having recognised the potential of agricultural and forestry waste for commercial use, the Rehap project has recently developed a unique tool that can forecast their future availability 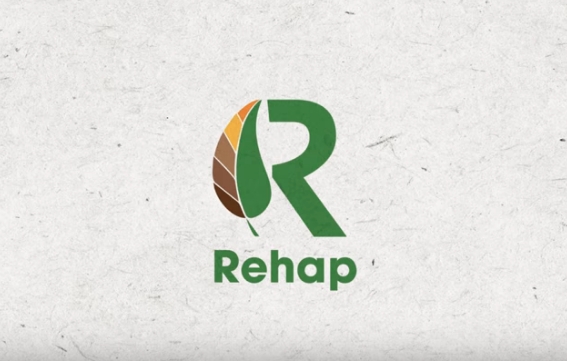 In recent years, a diverse range of businesses have been turning to more environmentally conscious options for their products. From using green alternatives instead of chemicals to ensuring products are renewable, businesses are under pressure by government, consumers, competitors, social media and national news to change how they think about and act on the environment.

Because of this urgency, the bioeconomy is being stretched to cater for the abundance of alternative green options that are being developed, and biomass is a vital participant in making them successful.

To ensure this demand is met with supply, the EU-funded project Rehap has recently developed an innovative tool at a time when questions are beginning to be asked about the availability of sustainable biomass in Europe.

Rehap partners at the University of Ausgburg used the project’s own analysis of the current availability of agroforestry waste in Europe to create a tool that can forecast on a regional basis the future availability of lignocellulosic feedstock (a natural building block substitute for petrochemicals) from agricultural residues in Europe. The aim is to enable future enterprises to securely produce sustainable bio-products from high quality renewables.

Geographical distribution of the future change in agricultural production: Further increase in residue potentials is expected to come mainly from eastern European countries such as Estonia, Lithuania, Romania, Czech Republic and Hungary due to improving farming patterns and crop yields.

Bioeconomic potential of four promising feedstocks in the EU28: Up until 2030, wheat straw is forecast to develop by approximately 10 per cent; grain maize stover to develop by up to 20 per cent; barley straw will see a slight growth of seven per cent; rape straw will drop by about four or five per cent.

While other studies simply calculate the technical potential of biomass, Rehap’s methodology tool is interested in subtracting the important competing applications that repeatedly need these feedstocks, such as animal bedding. The amount that is left is the bioecomomic potential available for energy and material applications. However, these lignocellulosic residues are currently under-utilised. As more applications are found for this feedstock, it is fundamental that it is widely known how it will develop.

With its results, Rehap has provided the biomass sector with a lifeline for using not just lignocellulose but other biomass compounds wisely and sustainably. As soon as the methodology is published it will be widely available. The aim is for industry, transport, homes and businesses to forecast the future residue potential that matters to them, not just lignocellulose, in turn strengthening the European bioeconomy for the future.

Rehap is an EU-funded project, championing the bio-economy and agriculture research in the EU. The project aims to create new products that can be used to make eco-friendly resins for wood and bio-based chemicals for greener cement.

The project has been focusing on lignin, tannin and cellulose, essential for the design of biopolymers, which are first extracted before they are transformed via pioneering new processes to create artificial chemicals that are commonly used in the construction industry, normally derived from fossil fuels.