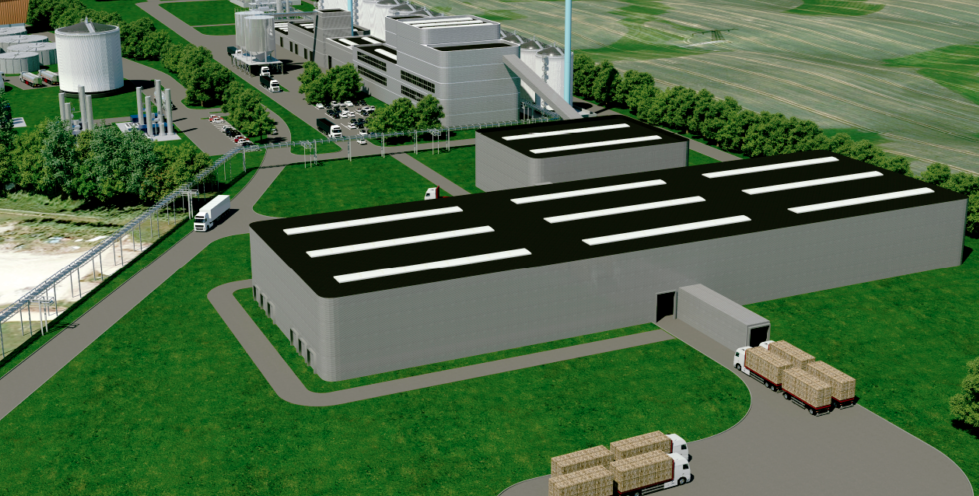 NewEnergyBlue acquired exclusive rights to Inbicon bio-conversion technology throughout the Americas and will first employ it to turn North Dakota wheat straw into a high-value, carbon-neutral automotive fuel. The technology license was purchased from Ørsted, a Danish green-energy company. Ørsted developed the technology over 15 years at a cost exceeding $200 million, proving efficacy and commercial operation at its refinery in Kalundborg for nearly five of those years.

“A number of our executives worked with Ørsted developing this technology,” says Thomas Corle, CEO of NewEnergyBlue. “Our engineers continued to optimize the process of the refineries we’re designing today.”

The company intends to build a series of biomass refineries across grain belts and sugar-growing regions to process agricultural residues like wheat straw, cornstalks, and sugar bagasse, converting them into a high-octane advanced ethanol that’s more than 100 per cent below the carbon baseline of grain ethanol–more than 140 per cent below gasoline.

“Our plan is to feed fuel markets in states like California and countries who likewise battle carbon pollution with policies that incentivize low-carbon biofuels made from agricultural residues,” Corle says.

But counting carbon isn’t the only way of keeping score. “Using Inbicon technology at the core of our refinery gives a clean process – no acid or high ammonia used – unlike other technologies at commercial scale.” NewEnergyBlue’s refinery prefers high-pressure steam followed by an enzyme bath to break down the biomass fibres into sugars and lignin that are valuable for making liquid and solid biofuels.

“Instead of using fresh water,” Corle adds, “our enclosed-loop design recycles the water from the biomass – about 15 per cent moisture – which can produce a surplus of clean water for uses like irrigation.”

“July was Earth’s hottest month on record. As climate change and expanding populations increase competition for water, our refineries can save millions of gallons annually producing renewable fuel.”

Having cleared a major technology acquisition hurdle, the company now expects groundbreaking for its Spiritwood, North Dakota refinery in 2020. The Spirit Biomass Refinery will be owned by NewEnergyBlue and its equity holders that includes regional investors with interest it contributes to the area economy. NewEnergyBlue finds that farmers welcome the opportunity to earn a second income from each year’s harvest.

“Given current trade policies and the strained margins on grain ethanol, we’re also attractive to first-generation producers for co-locating our biomass refinery. First-gen producers can license low-carbon solutions through us, including a shared CHP unit fuelled by our lignin that further reduces their production’s carbon footprint to access low-carbon markets they can’t now.”

Albury “Bo” Fleitas, NewEnergyBlue’s new president, sees “investor interest picking up – in part due to the tight margins on wind and solar projects, in the main due to projected double-digit returns on equity from our refineries thanks to our sustainable business model and a huge market appetite.” Fleitas has invested in the company, which he joined after managing financing and investor relations for an alternative energy development fund.