April 21, 2015 - Ontario Power Generation’s (OPG) Atikokan Generating Station has won the Groundbreaker of the Year award at the 2015 International Biomass Conference and Expo in Minneapolis, Minn. 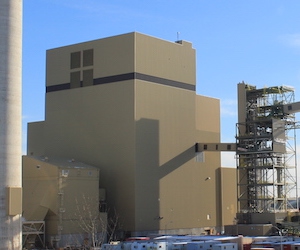 The award recognizes a company or organization that has significantly advanced the bioenergy industry by breaking ground and making meaningful headway on a commercial scale biomass-to-energy project.

OPG’s Atikokan Generating Station, located near the town of Atikokan in northwestern Ontario, stopped using coal in 2012, and underwent a $170-million conversion.