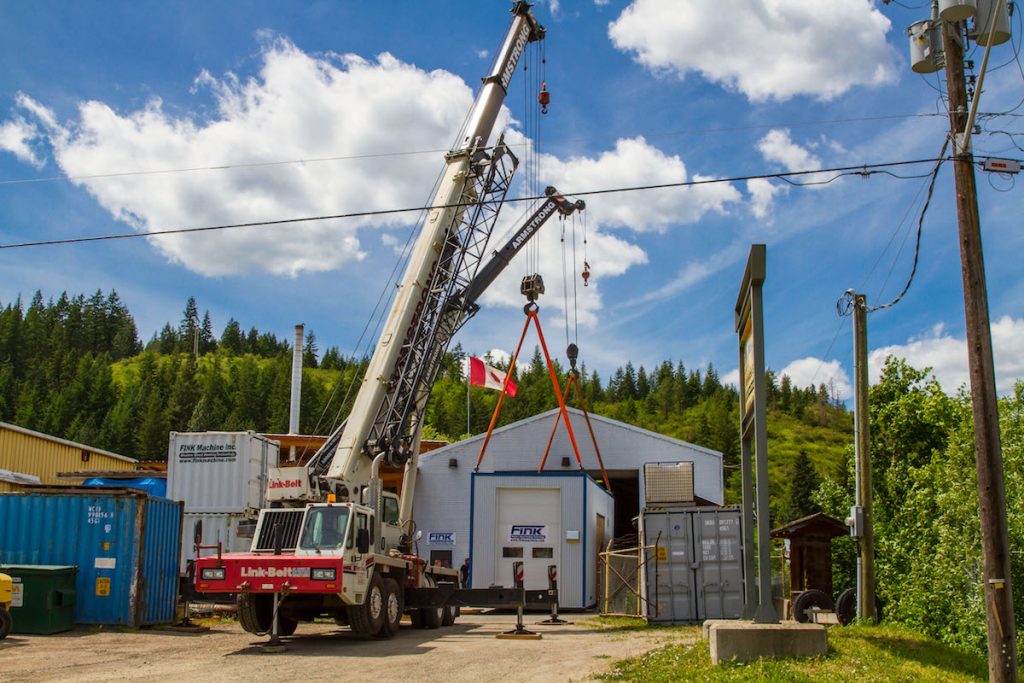 A first nation in northern Quebec that has used biomass district heating to cost-effectively heat commercial and residential homes in their village since 1993, is undergoing a much-needed boiler modernization project.

The Oujé-Bougoumou Cree Nation is spending a $2.7-million investment from the federal government to replace its nearly 30-year-old biomass boilers.

Freddy Bosum, director of public works for the Oujé-Bougoumou Cree Nation who oversees the district heating project, said in an email the current boilers were in need of replacement.

“We have just received our replacement boiler; our existing boilers are coming to the end of their life cycles. In addition, we are modernizing our control panels, and replacing some pipes in the system,” Bosum said.

The project is a big win for the community and the environment, Bosum said.

“We are employing some people in the community and we are utilizing a product that was a waste product, which has been turned into a commodity. In the last couple of years, we have come to realize that we developed a market for what was waste,” he said.

The Oujé-Bougoumou Cree Nation’s permanent village construction began in 1992 after years of negotiations with the federal government (read about their history here). District heating was one of the first projects that moved forward for the new village, Bosum said.

The original system opened in 1993, and today heats 15 commercial buildings and 200 homes, consuming around 3,800 tonnes of sawmill residuals a year. The residuals are purchased from nearby Barrette-Chapais sawmill in Chapais, Que., which is fewer than 30 kilometres from the Oujé-Bougoumou village.

Funding for the project comes from Natural Resources Canada’s Clean Energy for Rural and Remote Communities Program. In a news release announcing the funding, Oujé-Bougoumou Cree Nation Chief Curtis Bosum said the nation is grateful for the support.

“We have been proud to be a leader in the adoption of this technology that will allow our community to continue as an example for other communities throughout Canada in the areas of appropriate energy technology and local community development. Our heating system is a demonstration that the values and philosophies inherent in our Indigenous culture have relevance to contemporary challenges,” he said.