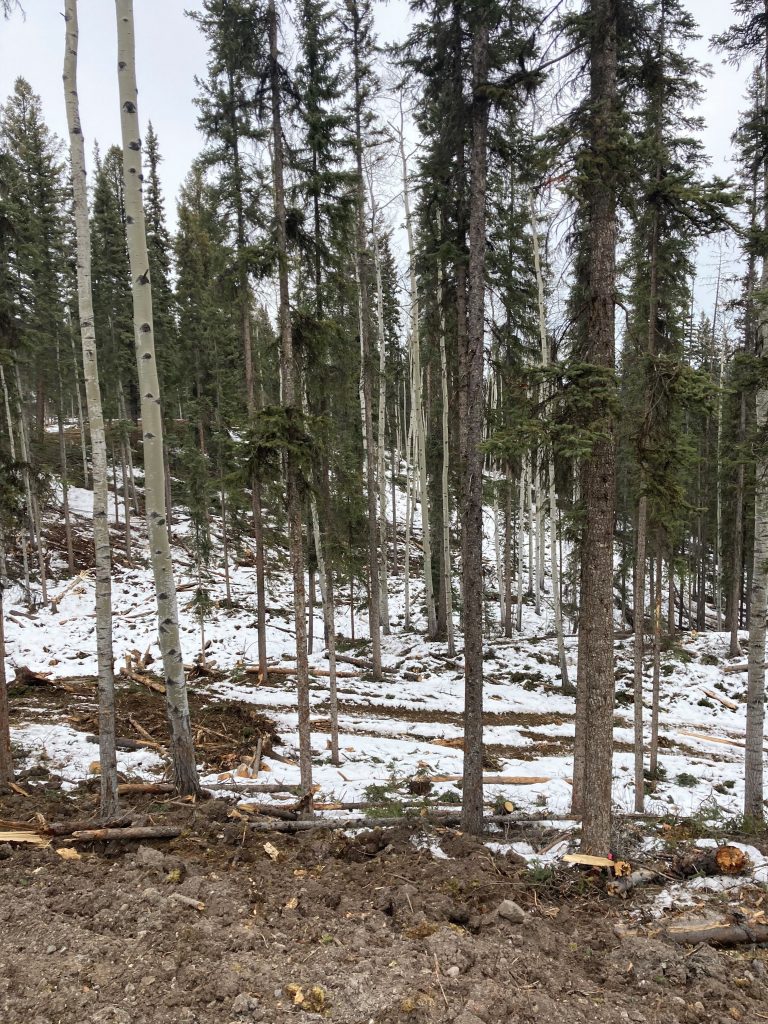 The Nazko First Nation’s home community is located approximately 90 kilometres west of Quesnel in British Columbia’s interior. The forests in Nazko’s traditional territory were hit hard by the mountain pine beetle epidemic in the early 2000s and by major wildfires in 2017.

The wildfires resulted in a greater awareness of this risk to the Nation and its members and the need to make the community safer. Nazbec, a joint venture between Pacific BioEnergy (PacBio) and Nazko First Nation, seized an opportunity to reduce wildfire risk while supporting local jobs.

With funding from the Forest Enhancement Society of BC (FESBC), Nazbec launched its Wildfire Abatement Project. The initiative involved reducing the fire hazard in several specific sites as well as constructing a football field-wide fuel break stretching 2.5 kilometres west of the Nazko community. The project was developed with the help of the BC Wildfire Service and involved selectively harvesting dead standing trees, dead trees which had blown down, and smaller understory trees. Resulting sawlogs went to sawmills while pulp logs went to pulp mills in Quesnel. Waste material will be processed and sent to local pellet plants.

“The 2017 fires devastated our territory and impacted our community for years to come,” said Nazko Chief Leah Stump. “This project was a good start to the replenishing of our lands for our future generations while providing many job opportunities for our people.”

You can read more about this great partnership here.