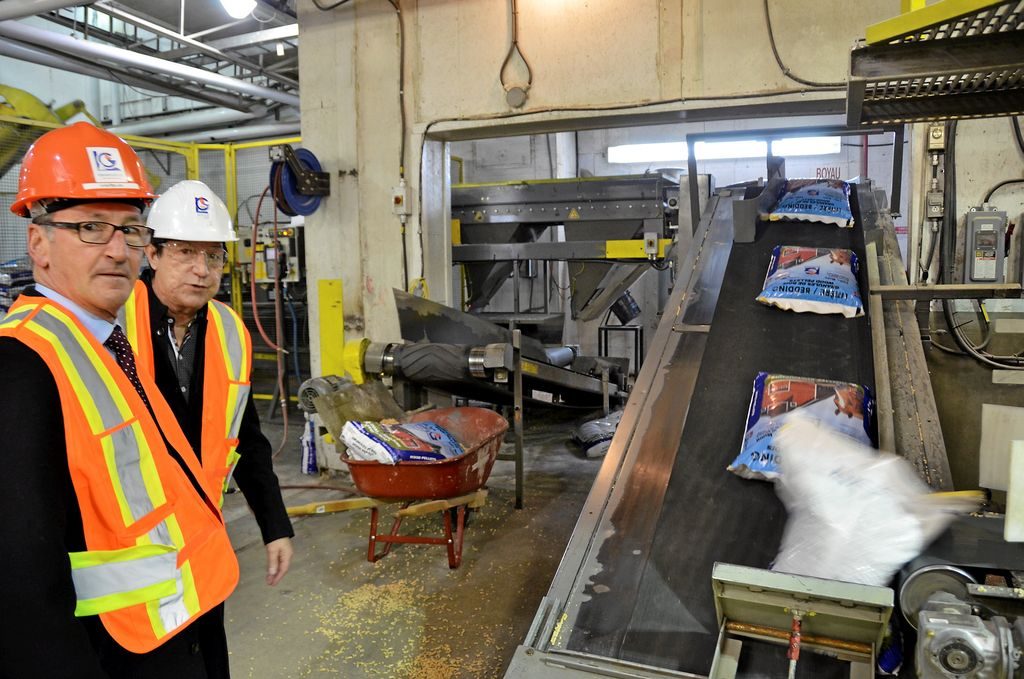 Granules LG currently produces 120,000 tonnes of softwood and hardwood pellets annually, 95 per cent of which is bagged with the remaining five per cent sold as bulk.

Granules LG is investing $2.2 million in new equipment, storage capacity and manufacturing processes at its Saint-Félicien, Que., wood pellet facility. The goal for the company is to move towards a “smart” pellet plant, complete with data-optimized and artificial intelligence-controlled operating systems.

The effects of the company’s investments are expected to be seen quite rapidly in the plant’s production numbers. The next step is for artificial intelligence technologies to completely manage the plant, which could happen within a few years.

The pellet mill in the northern Lac-Saint-Jean region of Quebec currently produces 120,000 tonnes of softwood and hardwood pellets annually, 40 per cent of which is exported overseas.

A recently installed inventory tracking system that keeps track of pallets via GPS was a key upgrade from the $2.2-million investment. “We are already able to label each pallet and follow it with our GPS system,” says Alain Paul, president of Granules LG. “(They) can be stored in the yard and we can track exactly how much of each of the 18 products we make are in stock.”

The production process is managed by a central system. However, data related to humidity, compression and the temperature of the pellets remain partly controlled by humans. “Soon we will have too much information to control,” Paul says. “Artificial intelligence will help us optimize our operations.”

The $2.2 million investment has also gone into a truck dumper system, a new outdoor storage surface for green fibre, and pellet silos.

In the next few years, Granules LG wants to leverage new pellet export facilities, which are slated to be built in Grande-Anse, N.B.

The company also plans to develop an optimized bulk delivery network to reduce its production of bagged pellets, and to capitalize on the local domestic pellet market.

Paul says he fully supports the Quebec and Canadian government’s increasing focus on the green economy, a shift he describes as “very important.”

Granules LG has boosted annual wood pellet production from 75,000 to 120,000 tonnes during the past five years, which is evidence of growing wood pellet markets both domestic and abroad. But maintaining that growth rate requires significantly more investments in automation, storage capacity, packaging, production processes and working capital.

The recent upgrades will enable Granules LG’s 60 employees to better serve both future and existing customers, particularly its Italian clientele, which buys 40,000 tonnes of pellets each year from the Quebec producer.

Richard Hébert, Member of Parliament for Lac-Saint-Jean, says he is a big believer in the company’s future. “Granules LG, which specializes in forest biomass, produces much more than pellets and energy logs,” Hébert says. “It is 100 per cent Aboriginal-owned and stands out for the economic, social and environmental benefits that it generates.”

Granules LG was also among the first wood pellet manufacturers in Canada to hold the ENplus certification, which it received in 2016, and is currently one of six Canadian producers with an active certificate.

Yet, even with the global pellet export market forecast to grow, Mélanie Paul, vice-president of Granules LG, sees opportunities for the company at home in Quebec where 220,000 homes continue to use oil heating. Migrating some of those homes to using locally produced green energy, instead of fostering reliance on imported fossil fuels, would boost the province’s economy and reduce its carbon footprint, she notes. It would also reduce the company’s supply lines and dependency on exports.

The Lamontagne family founded Granules LG in Saint-Félicien in 1995. The company’s present owner, Groupe ADL, will celebrate the plant’s 25th anniversary next year.