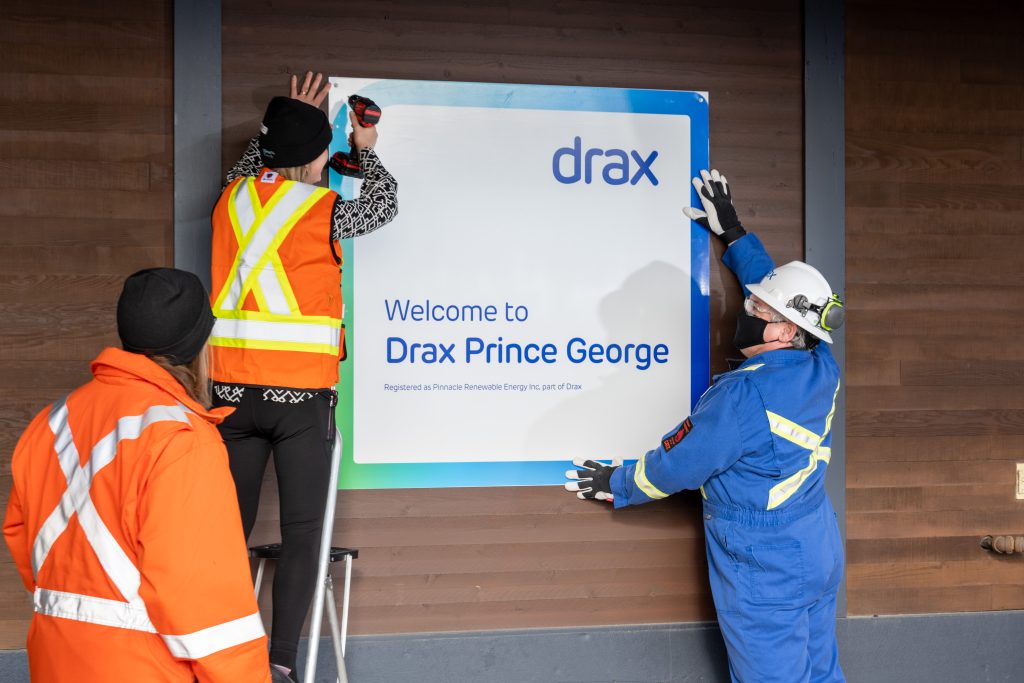 Drax Group acquired Pinnacle, which has operations across British Columbia and Alberta in Canada and Alabama in the U.S., last year. Drax’s existing operations in the US South were known as Drax Biomass.

Drax Group has 17 pellet plants and developments in the U.S. and Canada, which use byproducts from sustainably managed working forests, such as sawmill and forestry residues, for pellet feedstock. The pellets are used at Drax Power Station in England to generate renewable electricity for millions of UK homes and businesses or are sold to customers in Europe and Asia seeking to decarbonize their power sectors to meet their climate commitments.

Drax is also developing a pioneering negative emissions technology – bioenergy with carbon capture and storage (BECCS) which permanently removes millions of tonnes of carbon dioxide from the atmosphere. The world’s leading climate scientists at the UN’s IPCC say BECCS is critical to addressing the climate emergency.

We have made good progress integrating Pinnacle and this rebrand will provide a firm foundation for the business to meet the expected growth in global demand for sustainable biomass and our negative emissions technology BECCS.”

Drax plans to increase its annual pellet production capacity to eight million tonnes by 2030 from around four million tonnes currently and is doubling global pellet sales to four Mt by 2030 to meet an expected increase in global demand for the low-carbon fuel.

Drax is the UK’s largest source of renewable power by output, and the UK’s largest supplier of renewable electricity to businesses. The conversion of Drax Power Station to use sustainable biomass instead of coal was Europe’s largest decarbonisation project and reduced the company’s generation emissions by over 90 per cent in under a decade.