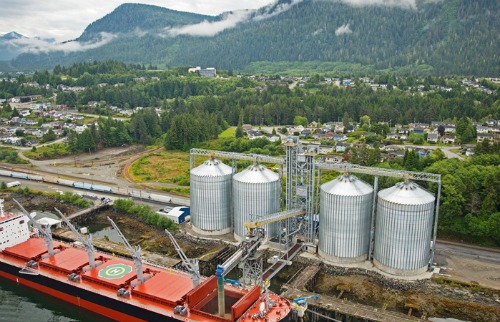 According to the contract, Norden will transport a total of 3.5 million tons of wood pellets from 2018 from Vancouver and Prince Rupert in Western Canada to Europe.

Eight trips a year
The transports will be carried out on Supramax vessels, of which Norden is one of the world’s largest operators. There will be eight trips a year, and each trip is expected to take 65 days. The wood pellet contract with Pinnacle follows a number of other contracts for the transportation of wood pellets which Norden has made. In the past six years, Norden has entered into contracts with volumes amounting to approximately 30 million tons, and Norden has thus achieved a position as a leading carrier of wood pellets. The market for wood pellets is growing as especially European power plants switch to biomass as an alternative to coal. In 2015, global demand was 13 million tons, and the British analysis company Hawkins Wright expects this figure to reach 27 million tons in 2020.

”We picked Norden for a couple of reasons,” Vaughan Bassett, Senior Vice President in Pinnacle Renewable Energy Inc., said in a news release. “We needed a partner with their own fleet to ensure they could ride out whatever cycles we will meet in the almost 10-year the contract covers. That partner also needed to have a very good reputation in the shipping industry and to be flexible and customer focused enough to satisfy both ourselves and the receiver consistently over the long term. We look forward to a long and mutually beneficial relationship.”

As head of the Industrial Bulk in Dry Cargo, Vice President Michael Boetius has together with a dedicated Norden-team negotiated the Pinnacle contract and brought it home to Norden. He highlights several advantages of the long-term contract:

“The contract with Pinnacle provides us with an opportunity to achieve two things: First, the contract ensures that our vessels return with cargo from the Pacific to the Atlantic Ocean – a route where traditionally there is less cargo to transport. Secondly, the contract cements our already strong position in the biomass market, in which we have built up considerable experience and expertise,” says Michael Boetius.