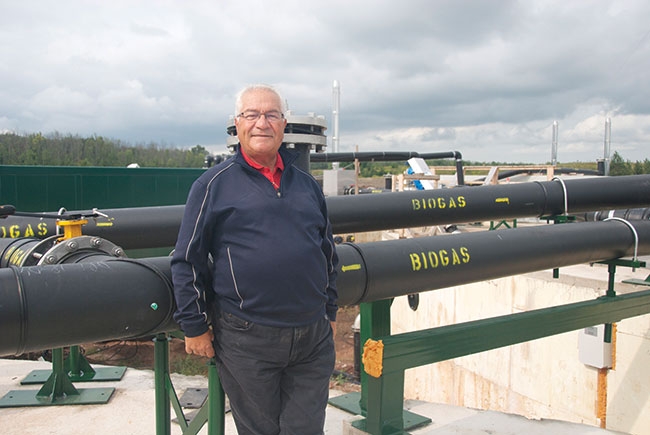 Joe Panetta is a board member and project manager of Grimsby Energy based in Grimsby, Ont. Photo: Annex Business Media.

Joe Panetta’s stomach has a big appetite. It runs on a diet of peppers, corn, sugars, fats, and a healthy dose of swine and chicken manure.

Panetta’s “stomach” is his metaphor for the Grimsby Energy anaerobic digester that recently began adding electricity to Ontario’s energy grid.

“It’s like the inside of a stomach; if you start feeding it too much stuff it starts getting uncomfortable. It needs the right menu. That’s exactly what digesters are – big stomachs,” Panetta explains to Canadian Biomass during a facility tour in late August.

Panetta is a board member and project manager of Grimsby Energy based in Grimsby, about a 45-minute drive south of Toronto skirting Lake Ontario.

The digester is one of an estimated 17 operating in the province to turn biomass – including municipal compost and farm waste – into biogas to generate electricity. Grimsby Energy’s digester distinguishes itself by being the only one buried 15 feet below ground. As Panetta explains, the goal behind burying the digester chambers is to better withstand Canadian winters.

“We are the first ones to actually bury the tanks because of our winter. In Germany [where the technology came from] it’s not quite as cold so they have theirs exposed. We also have two huge bladder tanks that hold the biogas inside a building. They are indoors because if they are outside they have been known to split in bad weather,” Panetta explains. 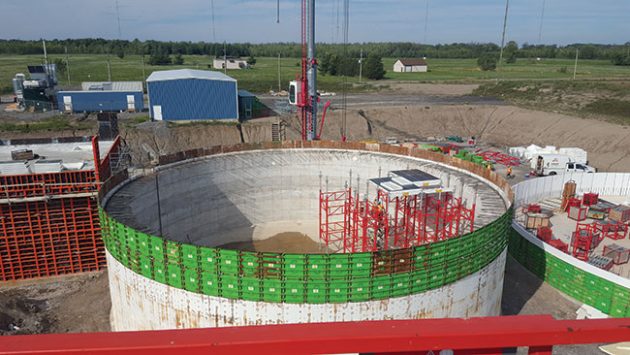 The new digester began producing biogas on July 15. That initial gas – called dirty gas – was flared off for a few weeks as the feedstock worked its way through the system. And on Aug. 10 the facility officially began producing electricity for the Ontario power grid.

Once it’s in full production, four full-time staff members in two eight-hour shifts will feed the digester 60 tonnes of feedstock a day, which will produce 1 MW of power per hour daily.

Unsurprisingly, Grimsby Energy’s biggest challenge to launch was red tape. It took almost five years to get the project approved by the various government bodies. “We had to address approximately 16 different bodies to get final approval,” Panetta says.

“It’s a brand new technology and people just do not understand the concept. Even our government bodies are not 100 per cent up to speed so when you talk to them about a bio digester, they need to understand it first,” he says.

Once approved, a few other speed bumps set the team back unexpectedly. During the construction of the site, small air pockets in the concrete fill caused leaks in the buried tanks. It took workers several months to find and fix the problem.

The southern Ontario weather presented its own challenges. This spring the Grimsby area experienced higher than average rainfall. “We had six pumps running constantly,” Panetta says. “But there is nothing you can do about the weather.” 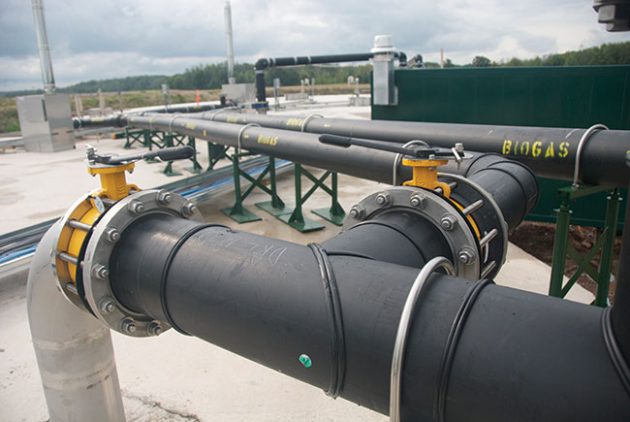 And finally a surmountable challenge was finding the right equipment provider to suit Grimsby Energy’s specific needs – most importantly to bury the seven massive holding tanks 15 feet underground. Now that it’s complete, the digester boasts an advanced array of technologies equal to that of the thousands of similar facilities sprinkled across Europe.

Germany-based Novatech GmbH supplied the engineers and parts for the digester tanks, including the agitators, motors and pumps. Bahler Construction built the seven tanks, two of which span 72-feet across, and the other two almost 100 feet. Dibotec supplied the electrical system for the digester, which consisted of a 40-foot container full of electrical components that connect the machinery on site. The brain of the operation is a single computer installed in the facility’s small office building.

The project’s engineer and electrical contractor Gerhard Klammer from Pure Energy handled all the electrical switchgear and helped secure the 1MG Jenbaucher engine on site as well as many other duties.

The digester is fed from a weekly menu. Ingredients are carefully selected according to how they will affect the resulting biogas. 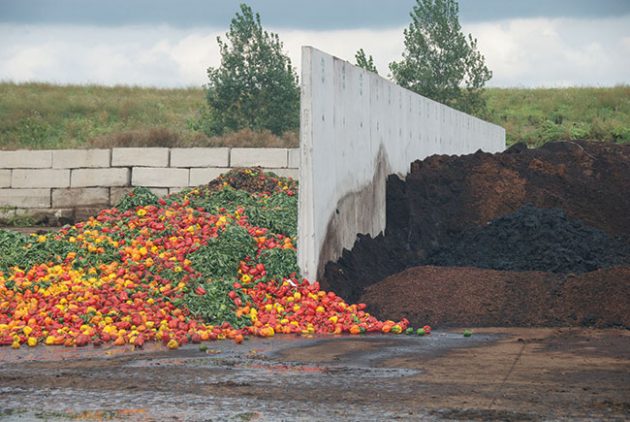 “We need to make sure we get the right mixture in there. We don’t want it to start foaming, or have too much acid in there. We have to be very careful to balance it out,” Panetta explains.

Digester foreman Adam Farkas comes up with the menu each week and sends the list over to Novatech for approval to make sure they have a good mix. At the time of the tour, the digester was being fed grape pomace, grasses, corn, oil, sugars, hay, wheat and rye grasses. The plan is to have a steady feedstock that is 90 per cent organics and 10 per cent sugar and water to thin out the material.

The residual biosolids from the system – about 90 per cent of what is put into the digester – is collected and used as organic farm fertilizer.

Grimsby Energy has a 20-year feed and tariff (FIT) contract with the province that allows the digester to contribute 24 MW of electricity a day, but with its current capacity it will be producing excess biogas. Panetta hopes to sell the excess as renewable natural gas that can be added to nearby natural gas pipelines.

“We have so much capability of producing so much more renewable natural gas. We definitely have that as another product, and we have a third product, which is heat. We could probably supply enough heat for three municipal buildings,” Panetta says. “It’s another revenue for generating profits.”

In Germany, he says, it’s common for digesters to be located next to schools, government buildings or apartments to supply heat.

In the future, Grimsby Energy would also consider technologies that maximize the efficiency of anaerobic digesters, such as that being tested by GE Water and Process Technologies and new food products grown from the University of Guelph in Ontario, Panetta says. The technology on trial, called biological hydrolysis, moves one stage of the anaerobic digestion upstream from the main tank in order to increase the production of biogas.

But for now, as Grimsby Energy’s anaerobic digester continues to grow its supply chain and ramp up biogas production, the facility will continue to supply its 1MW per hour of electricity fed by 60 tonnes of organic, farming waste, and other biomass.

“We’ve been approached by other interested municipalities and we will give assistance,” Panetta says. “We have the experience, the knowledge, expertise and know where to not make the same mistakes, and yes we would make a second one.

“We are keeping organics out of the landfill, making electricity to sell to the grid, making a profit for our municipality and giving the end result digestate back to the farmers to spread on their lands – 100 per cent nutrient organic fertilizer. It just makes sense,” he says.