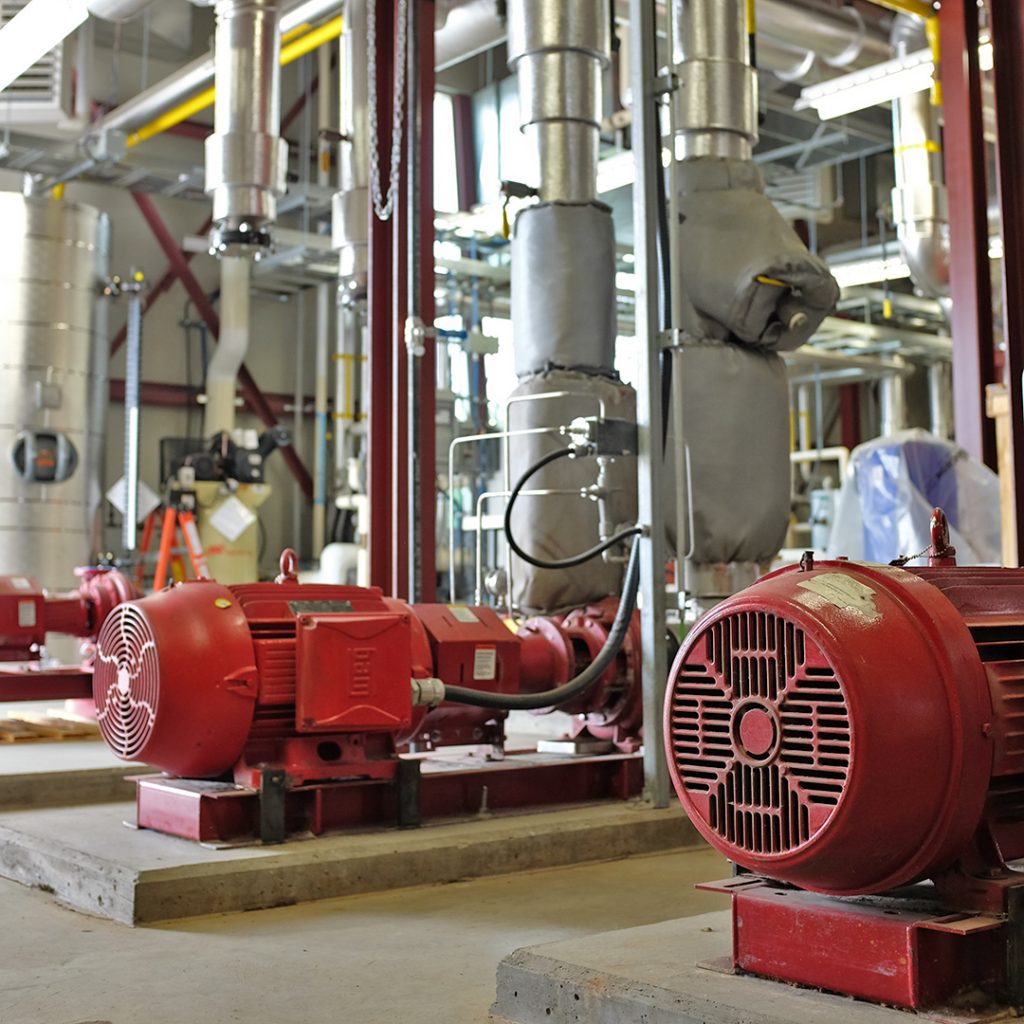 Hot water that’s heated with wood chips and shavings from the mill is pumped through more than 3km of underground pipes to provide the buildings with heat and hot water. Photo supplied.

Through extremely cold temperatures last week, the city of Prince George’s Downtown Renewable Energy System operated at its highest level ever – and may have set a new standard for Canada in the process.

The Downtown Renewable Energy System distributes heat from Lakeland Mills to nearly a dozen downtown buildings, including City Hall, the library, Two Rivers Gallery, the Four Seasons Pool, and the RCMP detachment on Victoria Street. Hot water that’s heated with wood chips and shavings at the mill is circulated through more than three kilometres of underground pipes to provide the buildings with heat and hot water.

Even with temperatures dropping below -40 C last week (breaking a 41-year-old record), the system heated all of the connected buildings without needing any assistance from back-up heaters that burn natural gas. As a result, even through an extreme cold spell, the city system continued to provide heat exclusively with a local, renewable, and low-carbon fuel.

“There are only a handful of municipal district heating systems in Canada that primarily use a renewable fuel source and for Prince George to be able to operate at 100 per cent through such a cold period is certainly a positive achievement,” said Raymond Boulter, a national expert on community energy systems with Natural Resources Canada. “It shows that renewable, low-carbon heat is possible even in Canada’s northern communities.”

In addition to providing heat to civic buildings, the Downtown Renewable Energy System also serves provincial buildings such as the courthouse and the Wood Innovation and Design Centre. Being connected to the city energy system has already saved the province of B.C. about $175,000 in carbon offsets and natural gas purchases. In addition, the Wood Innovation and Design Centre is producing 95 per cent fewer greenhouse gas emissions than if it was heated with natural gas.

“We’re proud to support the city of Prince George in the development of its downtown renewable energy system,” said Selina Robinson, B.C. minister of citizens’ services and minister of municipal affairs and housing. “The work we’re doing through our Clean BC Government Buildings Program, such as connecting the Prince George Courthouse and the WIDC to this system, is putting B.C. on a cleaner, more sustainable path.”

Nearly a decade ago, both the provincial and federal governments, as well as the Federation of Canadian Municipalities, provided funding of about $11 million toward the construction cost of the Downtown Renewable Energy System. The system started operation in 2012.

In 2020, the new parkade across from City Hall will be added to the Downtown Renewable Energy System. The new downtown pool will also be connected.

“Lakeland Mills and Sinclar Group Forest Products are proud to be an integrated wood products manufacturer focused on maximizing the value from every log we touch,” said Greg Stewart, president of Sinclar Group Forest Products. “The Downtown Renewable Energy System is an example of how industry can work with communities to diversify our products and provide employment while reducing greenhouse gas emissions, which helps the environment.”