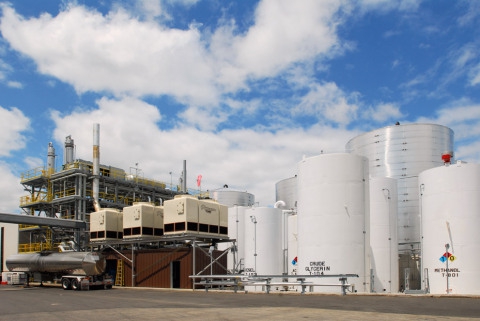 REG paid Sanimax $11 million in cash and issued 500,000 shares of REG common stock in exchange for the biorefinery and its related assets. REG may also pay Sanimax up to an additional $5 million in cash over a period of up to seven years after closing based on the volume of biodiesel produced at the plant, which has been renamed REG Madison, LLC. The biorefinery began production in 2007.

“We are very pleased to have successfully closed this transaction in a short amount of time and are already producing REG-9000 biodiesel at the plant,” said Brad Albin, REG’s vice-president of manufacturing. “We welcome the newest members of our team at REG Madison and are proud to be a part of the DeForest community.”

The majority of the employees at the biodiesel plant will continue to be employed by REG. The Wisc.-based plant will use the same REG-patented high free fatty acid processing technology as the company’s plant in Seneca, Ill. REG Madison produces biodiesel from lower cost, lower carbon intensity feedstocks including yellow grease, rendered animal fats, and inedible corn oil; in addition to refined vegetable oils. The facility has both truck and rail capabilities.

This is the first Wisconsin plant for REG, which now owns and operates 11 active biomass-based diesel refineries in seven states with a combined nameplate production capacity of 452 million gallons annually. A formal grand opening will be announced at a later date.

About Renewable Energy Group
Renewable Energy Group, Inc. is a leading North American advanced biofuels producer and developer of renewable chemicals. REG utilizes a nationwide production, distribution and logistics system as part of an integrated value chain model to focus on converting natural fats, oils and greases into advanced biofuels and converting diverse feedstocks into renewable chemicals. With 12 active biorefineries across the country, research and development capabilities and a diverse and growing intellectual property portfolio, REG is committed to being a long-term leader in bio-based fuels and chemicals.
For more than a decade, REG has been a reliable supplier of advanced biofuels which meet or exceed ASTM quality specifications. REG sells REG-9000 biomass-based diesel to distributors so consumers can have cleaner burning fuels that help diversify the energy complex and increase energy security. REG-9000 biomass-based diesel is distributed in most states in the US. REG also markets ultra-low sulfur diesel and heating oil in the northeastern and midwestern US. For more information on REG visit our website at www.regi.com.