May 25, 2018 - A chance to switch to renewable sources for heating, electricity and fuel, while also providing new opportunities for several industries to produce large numbers of renewable products. This is the verdict of researchers from Chalmers University of Technology, Sweden, who now, after 10 years of energy research into gasification of biomass, see an array of new technological achievements.

May 25, 2018  By Chalmers University of Technology 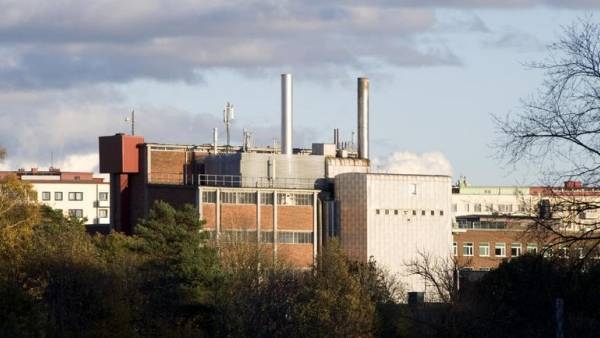 The combustion boiler in the Chalmers Power Central was converted to a gasifier in 2007. Since then

“The potential is huge! Using only the already existing Swedish energy plants, we could produce renewable fuels equivalent to 10 per cent of the world’s aviation fuel, if such a conversion were fully implemented,” says Henrik Thunman, Professor of Energy Technology at Chalmers.

How to implement a switch from fossil-fuels to renewables is a tricky issue for many industries. For heavy industries, such as oil refineries, or the paper and pulp industry, it is especially urgent to start moving, because investment cycles are so long. At the same time, it is important to get the investment right because you may be forced to replace boilers or facilities in advance, which means major financial costs. Thanks to long-term strategic efforts, researchers at Sweden’s Chalmers University of Technology have now paved the way for radical changes, which could be applied to new installations, as well as be implemented at thousands of existing plants around the globe.

The solution presented involves widespread gasification of biomass. This technology itself is not new. Roughly explained, what is happening is that at high temperatures, biomass is converted into a gas. This gas can then be refined into end-products which are currently manufactured from oil and natural gas. The Chalmers researchers have shown that one possible end-product is biogas that can replace natural gas in existing gas networks.

Previously, the development of gasification technology has been hampered by major problems with tar being released from the biomass, which interferes with the process in several ways. Now, the researchers from Chalmers’ division of Energy Technology have shown that they can improve the quality of the biogas through chemical processes, and the tar can also be managed in completely new ways. This, in combination with a parallel development of heat-exchange materials, provides completely new possibilities for converting district heating boilers to biomass gasifiers.

“What makes this technology so attractive to several industries is that it will be possible to modify existing boilers, which can then supplement heat and power production with the production of fossil-free fuels and chemicals.”, says Martin Seemann, Associate Professor in Energy Technology at Chalmers.

“We rebuilt our own research boiler in this way in 2007, and now we have more than 200 man-years of research to back us up,” says Professor Henrik Thunman. “Combined with industrial-scale lessons learned at the GoBiGas (Gothenburg Biomass Gasification) demonstration project, launched in 2014, it is now possible for us to say that the technology is ready for the world.”

The plants which could be converted to gasification are power and district heating plants, paper and pulp mills, sawmills, oil refineries and petrochemical plants.

“The technical solutions developed by the Chalmers researchers are therefore relevant across several industrial fields”, says Klara Helstad, Head of the Sustainable Industry Unit at the Swedish Energy Agency. “Chalmers’ competence and research infrastructure have played and crucial role for the demonstration of advanced biofuels within the GoBiGas-project.”