Nov. 14, 2018 - In collaboration with fellow researchers, chemists at the Technical University of Munich (TUM) have developed a process that, according to initial calculations, can facilitate economically removing the greenhouse gas carbon dioxide from the atmosphere. The latest World Climate Report (IPCC Special Report on Global Warming of 1.5 C) acknowledges the global relevance of the process.

November 14, 2018  By Technical University of Munich 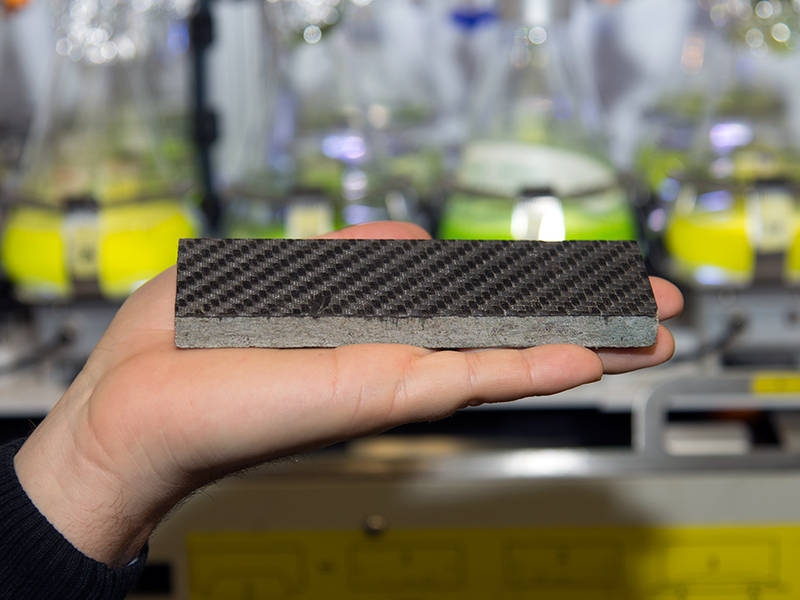 There is an acute need for action if global warming is to be mitigated to a reasonable extent. In this context, the current World Climate Report winks at a technology developed by chemists at the Technical University of Munich. Opening an option for a net carbon sink, the technology tackles the problem of atmospheric warming at the root.

Algae convert carbon dioxide from the atmosphere, power plants or steel processing exhaust into algae oil. In a subsequent step, this is then used to produce valuable carbon fibres – economically, as initial analyses show.

A climate-neutral process
Important technical groundwork was done by Professor Thomas Brück and his team at the Algae Cultivation Center of the Technical University of Munich. The algae investigated at the center not only produce biofuel, but can also be used to efficiently produce polyacrylonitrile (PAN) fibres. The energy of parabolic solar reflectors then chars the PAN-fibres to yield carbon fibres in a CO2-neutral manner.

Carbon fibres can be deployed to produce lightweight and high-strength materials that. At the end of their life cycle, the carbon fibres can be stockpiled in empty coal seams, permanently removing the associated carbon dioxide equivalents from the atmosphere.

“When you make plastics from carbon dioxide, it is quickly returned to the atmosphere through waste incineration plants following a few years of use,” says Kuse. “With the final safe storage, we remove the carbon dioxide from the atmosphere for millennia. This also makes the process clearly superior to carbon capture and storage (CCS) in the underground.”

Carbon fibers from algae are no different from conventional fibres and can therefore be used in all existing processes. Another important field of application could be the construction industry, which accounts for a significant proportion of global carbon dioxide emissions.

Carbon fibres can replace structural steel in construction materials. Thanks to their strength, they save on cement, and granite reinforced with carbon fibre can even be used to produce beams that have the same load-bearing capacity as steel but are as lightweight as aluminum.

Algae farms the size of Algeria
Brück now plans to further improve the algae technology. Large-scale plants are conceivable in southern Europe and North Africa. “The system is easily scalable to large areas,” says Brück. “Plants which together would cover the size of Algeria would offset all CO2 emissions from air transport.”

Brück rejects any suggestion that the technology would compete with the agricultural use of land, as is the case with biogas. “Saltwater algae thrive in sunny areas. In North Africa, for example, there are ample stretches of land where agriculture makes no sense.”