May 17, 2018 - Resolute Forest Products Inc. has announced a $52.3 million strategic investment plan for its Saint-Félicien pulp mill, located in the Lac-Saint-Jean region of Quebec. The announcement was made at a press conference on Monday attended by Quebec Premier Philippe Couillard, and many dignitaries and company employees. 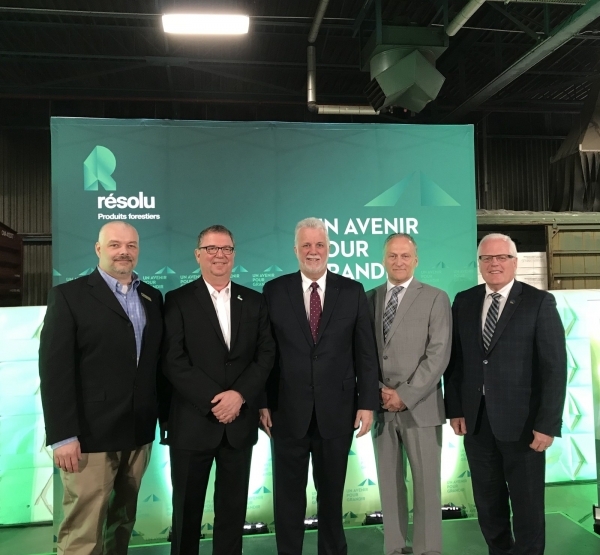 “The significant investments at Saint-Félicien are expected to improve several areas of the operation, increasing the average daily production capacity by 76 metric tons and reducing greenhouse gas emissions from the use of fossil fuels by 20 per cent,” said Yves Laflamme, president and chief executive officer.

During the press conference, Laflamme thanked local employees, government officials, as well as regional academic and economic development organizations for their continued support and advocacy.

Resolute employs close to 240 workers at the pulp mill, and more than 2,000 in the Saguenay–Lac-Saint-Jean region.

The upgrades are expected to be completed by the end of 2019.