Sept. 21, 2016 – If there is just one takeaway from Day 2 of the Wood Pellet Association of Canada conference that wrapped up today in Harrison Hot Springs, B.C., the WPAC’s Safety Committee would like it to be about process safety management. 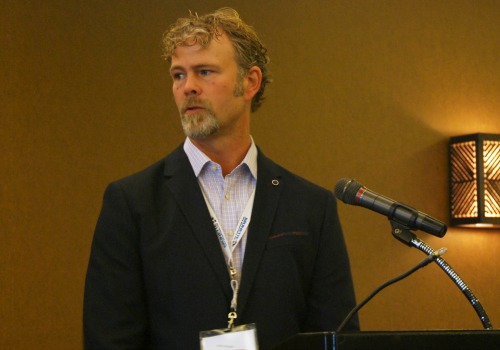 “Process safety management” was the buzzword of the safety discussion at the conference, which kicked off with WPAC Safety Committee chair Scott Bax.

“Safety is all about your people,” Bax said, who is the senior vice president of operations for Pinnacle Renewable Energy Inc. “We know the return to business from an engaged, active safety culture is incredible.” Process safety management, Bax said, has been embraced by WPAC as a method to help companies create that safety culture.

“It is your responsibility to make sure your employees are competent and trained to perform their tasks,” Whalen said. Implementing process safety management involves hazard assessments, the development of operating procedures, training, and auditing.

Cherie Whelan, the new director of Safe Companies for the BC Forest Safety Council, told conference goers to expect a flood of near-miss reports from the council, which she said can help other companies learn to implement safer processes. “Start sharing [near miss incidents] within your own organization, your industry, and then with the BC Forest Safety Council,” she said.

Other notable discussion at the conference centered once again on potential growth in current and new markets. Rachael Levinson with Argus Media gave a global overview of biomass power projects coming online, and their expected demands. The United Kingdom is still the largest consumer of pellets, she said, which is not likely to change in the near future. Brexit is on everyone’s mind, but it will be two years before it has any substantial effect.

Speaking to biomass’ future in the Netherlands, Henry Pease with RWE Supply & Trading said there is an expectation that government investments made between 2013 and 2020 will increase demand to 3.5 million tonnes. Pease stressed that attaining certifications, including the Sustainable Biomass Partnership (SBP) certification, is becoming increasingly important for pellet producers.

FPInnovation’s Charles Friesen updated conference goers on the current state of Canadian fibre supply. Canada is a world leader in large-scale production of forest biomass, but transportation costs mean that much of that biomass is left in the forest. “There is lots of material if you are willing to pay,” Friesen said. He also noted that proactive measures to eliminate the mountain pine beetle will eventually dry up the ready supply of beetle-affected wood.

Discussions then turned to Alberta and its Climate Leadership Plan. FutureMetrics’ William Strauss opened the talk by providing evidence that Alberta does indeed have potential for full-conversion of certain power projects, but education is key. Utilities and policy makers, he said, need to know about the benefits of using wood pellets.

Jamie Stephen, founder of Torchlight BioResources, made a strong point about how low natural gas prices have created a unique power generation situation in Alberta. Wind and solar, he said, are not the competitors to wood pellets in the province – the competition is gas. According to Stephen’s models, using purely wood pellets for large-scale power generation will be a hard sell to utilities when the operating cost of gas is so low, even after factoring in Alberta’s carbon levy. An alternative, Stephen said, would be to supplement pellets with low-cost feed stock.

The conference wrapped with presentations on new technology in the industry from Firefly AB, Player Design Inc., Fike, Dryer One and Smart Heating Technology.

*Read about Day 1 of WPAC here.