July 6, 2018 - Imperial scientists have enhanced the process of using biology to make products such as fuels, plastics, medicines, and cosmetics. This could lead to cheaper and more environmentally friendly biofuel production and more efficient plastic recycling. 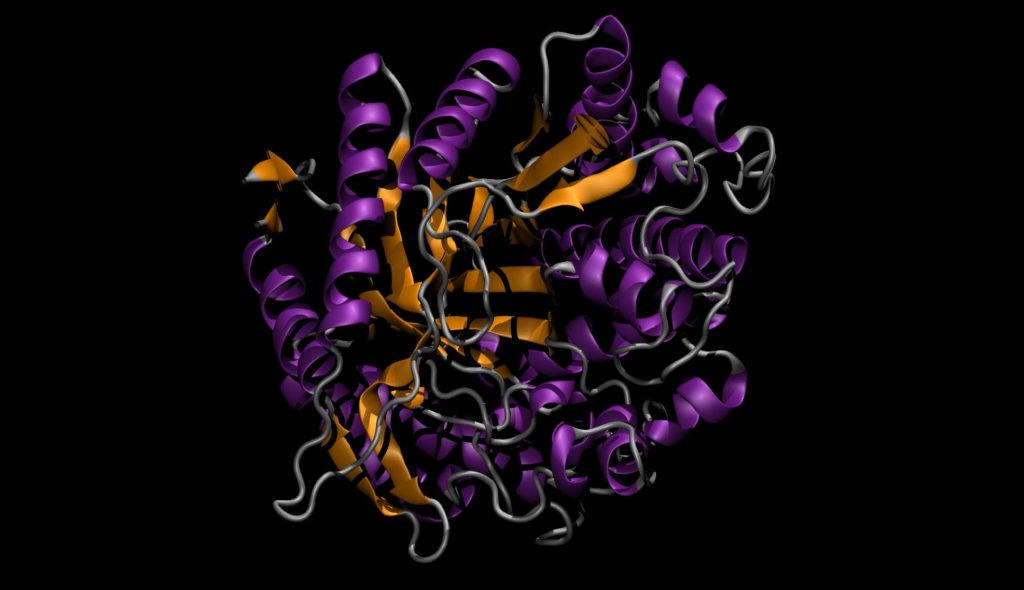 Bioprocessing, which uses living cells or their components to make products such as biofuels, plastics, medicines, and cosmetics, is time consuming and expensive.

Dr Alex Brogan, of Imperial College London’s Department of Chemical Engineering, and colleagues modified the glucosidase enzyme, which helps break down complex carbohydrates in biomass, like cellulose from plant cells, into its basic units, glucose. The glucose can then be fermented to make ethanol, a form of biofuel.

Releasing glucose from cellulose is currently the most expensive and time consuming part of the process. This is partly because enzymes typically stop working at temperatures higher than 70 C and when in industrial solvents like ionic liquids. However, if the enzyme could work in higher temperatures and ionic liquids, the conditions would hasten the process.

They found that the combined effect of heat resistance and solubility in ionic liquids increased the glucose output 30-fold. If the technique is taken up on a large scale, fuel-related carbon emissions could fall by 80-100 per cent.

The findings are published in Nature Chemistry.

Lead author Dr Brogan said: “We’ve made bioprocessing faster, which will require less equipment and will reduce carbon footprint. One major advantage of this will be increased biofuel production – potentially helping biofuels become more widespread as a result.”

Biofuels are fuels made from living matter like plants, otherwise called biomass. They are better for the environment than fossil fuels such as coal and gas because they are made from renewable sources and emit far less overall carbon dioxide.

The alteration could be applied to a wide variety of enzymes, for a wide range of applications, such as making fuels from waste and recycling plastics, and can make bioprocessing more efficient.

This research was funded by the Engineering and Physical Sciences Research Council (EPSRC).

Diamond Light Source, which is funded by the Science and Technology Facilities Council (STFC) and the Wellcome Trust, provided access to the B23 and I22 synchrotron beamlines where researchers measured enzyme thermal stability and structure.