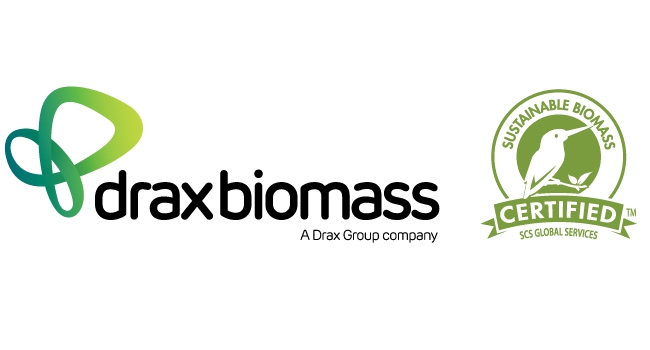 Pete Madden, president and CEO of Drax Biomass Inc., said in a news release the certifications mark a major milestone in the company’s quest to become a leading supplier of sustainably-sourced, high quality wood pellets. “With this achievement, we’re able to further demonstrate our commitment to both sustainable forestry and meaningful stakeholder engagement in the communities in which we operate.”

Both Drax facilities are equipped to produce up to 450,000 metric tonnes of wood pellets each year from Southern Yellow Pine sourced primarily from nearby privately-owned working forests. Drax gathers and stores thinnings, low-value roundwood, and harvesting residues, which are then debarked and chipped. The company screens the woodchips for size consistency, then dries and further processes the chips into compressed pellets of uniform moisture, ash content and calorific value. SCS’s assessment included a comprehensive evaluation of each stage of the sourcing and manufacturing process, as well as an audit of Drax Biomass’s Baton Rouge Transit storage and shipping facility.

SCS was accepted as an applicant Certification Body for the SBP in April 2015, and successfully completed the SBP approval process in June. The approval included SBP independently observing the Drax Biomass facility audit conducted by SCS.

“We’re delighted to have earned SBP’s approval as a third-party certifier, and congratulate Drax Biomass for its important accomplishment,” Dr. Robert J. Hrubes, SCS executive vice president, noted in the release. “SBP certification is playing an increasingly vital role to ensure that biomass production is conducted in a responsible manner. As this certification demonstrates, Drax Biomass takes its commitment to sustainable production principles seriously.”