Features Pellets
Stronger together: Congrats to Canadian Biomass on 10 years!

Oct. 4, 2018 - Happy 10th birthday to Canadian Biomass magazine (CBM)! After having published its first issue in August 2008, CBM has emerged as the go-to source for biomass news and opinion in Canada. 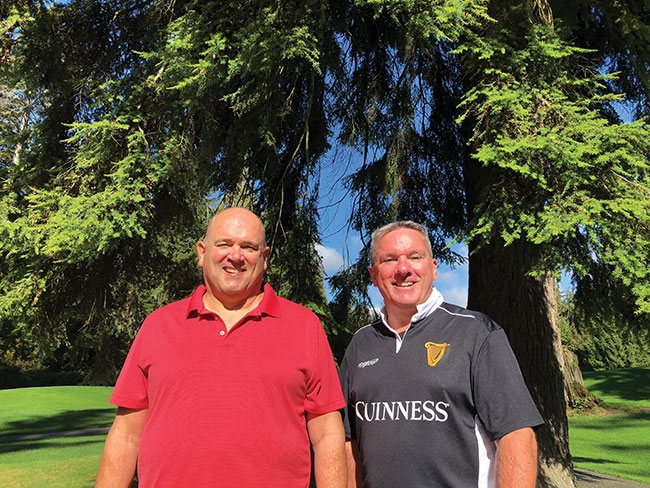 I began in my role with the Wood Pellet Association of Canada at about the same time as CBM was established. It did not take long for our two organizations to develop what has become an enduring, mutually beneficial partnership.

Scott Jamieson — CBM’s creator and first editor — convinced me to contribute my first column in the March-April 2009 edition. Since then, I have written a column in every edition and have frequently contributed feature articles to the magazine. Scott has maintained control over CBM, but has since moved up the ranks in Annex Business Media, CBM’s owner, where he is now a group publisher.

WPAC is a tiny organization so we rely heavily on our relationship with CBM/Annex. Here are a few of the ways they help WPAC:

Besides my warm personal relationship with Scott, WPAC would like to recognize other key CBM/Annex personnel including: Tara Jacobs, our super-organized conference manager who does so much to make our events a great success; Ross Anderson, who in addition to serving as a member of WPAC’s board, handles all the sponsorships and exhibitors; and Maria Church and Tamar Atik, the two editors of CBM who keep all the news up to date and look after WPAC’s website.

It is interesting to look back on our industry and how it has changed since 2008.

All of these changes to our industry have been chronicled in the pages of CBM and in the weekly e-news. After many years of effort by all wood pellet industry participants, we are now in a situation where demand for our product is strong; prices are fair; foreign exchange rates are favourable; we having some success in convincing our critics regarding our sustainability credentials and the greenhouse gas benefits of wood pellets; and our industry’s future looks bright. We are looking forward to continuing our strong partnership with CBM/Annex for many years to come.