Safety & Fire
The next phase in industrial dust explosion protection

Sept. 14, 2017 - For a wide range of facilities that manufacture, process, blend, convey, repackage, generate or handle items that could be categorized as combustible dusts or particulate solids, new NFPA Standards and even the first deadline to conduct a dust hazard analysis are now on the books, adding to the responsibilities of owners and operators of such facilities. 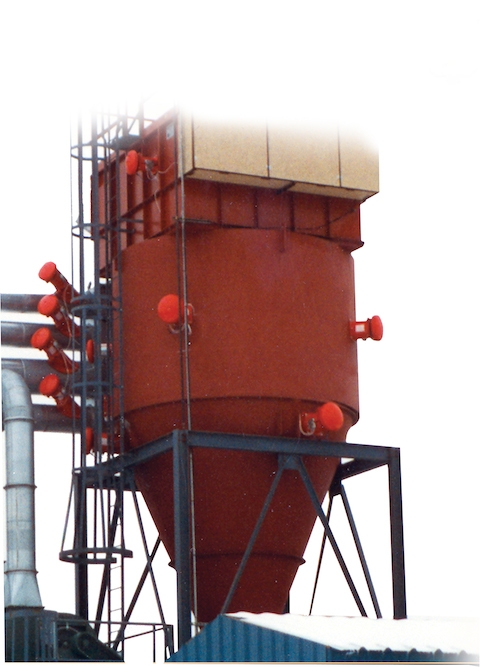 Explosions can result from an ignition of a combustible gas, mist or dust when mixed with air during processing, handling or storage operations. A rapid rise in pressure occurs in the containing structure, and if it is not of adequate strength to withstand the pressure, extensive damage and injury to personnel can occur.

After a string of incidents in the early 2000s, organizations such as OSHA stepped up the requirements, as with the Combustible Dust National Emphasis Program of 2008, which is still in effect today.

The NFPA (National Fire Protection Association), which has been issuing Standards and guidelines for decades, is doing the same with publication of NFPA 652 – Standard on the Fundamentals of Combustible Dust, in 2016. This new Standard consolidates best engineering practice and provides reference to all of the existing combustible dust standards in a single, overarching document that applies to all facilities that handle potentially explosive dusts.

While the new Standard does an admirable job of unifying the various existing equipment and industry specific codes, NPFA 652 goes a step further by specifying – for the first time – a deadline for owners and operators of at-risk facilities to conduct a dust hazard analysis.

“Perhaps the most important aspect of the introduction of NFPA 652, is that is requires all owners and operators of a dusty industrial process to do a dust hazard analysis,” says Geof Brazier, president of BS&B Pressure Safety Management, a manufacturer of a broad range of dust explosion prevention and protection technologies.

According to Brazier, NFPA 652 specifies facilities must complete this dust hazard analysis within three years. However, recent revisions to NFPA 654 and 61 that additionally apply to many facilities have extended that deadline to five years.

While a significant step in the right direction, NFPA 652 is essentially requiring owners and operators of at-risk facilities to confront and address an issue that many may not fully understand in terms of both the potential for such an event and what steps must be taken to mitigate those risks.

The NFPA Standards, for example, outline requirements that can range from improved housekeeping to installing dust-collection equipment and offering protective equipment for personnel.

In addition, protection or hazard mitigation devices may also be required. Because these typically represent some capital expenditure, many owners and operators are seeking out information on the available technologies on the market.

Explosion protection devices
To protect process equipment and personnel, a hybrid of technical measures is often required. Among the options are passive devices like vents or containment systems along with active devices such as explosion suppression or spark detection and extinguishing systems.

In addition, chemical or mechanical isolation devices are required to protect connected equipment and piping from propagating to a secondary event, which can often be more dangerous and destructive than the initial event.

Explosion vents
During the early stages of a dust or gas explosion, explosion vents open rapidly at a predetermined burst pressure, allowing the combustion process to escape to the atmosphere and limiting the pressure generated inside the process equipment to calculated safe limits.

Venting is the most popular and widely adopted protection mechanism, in part because it is economical and requires little attention or maintenance once installed.

“In the U.S., there are well over 20,000 vents applied every year on equipment,” says Brazier, adding that a single piece of equipment might require multiple vents according to the NFPA 68 design calculations that assess both dust reactivity and the volume as well as shape of the equipment to be protected.

For decades, explosion vents have traditionally been designed using a “composite” approach that sandwiches plastic film between more resistant stainless steel sheets with holes, or slots, cut into it. These vents are designed to “open” at typically 1 to 1.5 PSI set pressure, a result of the slot and hole pattern placed into the sheet metal.

Over time, however, this type of vent is prone to tears in the plastic film, which is the seal between the process conditions and the atmosphere.

With this type of technology, the holes and slots in the stainless steel sheets can admit particulates and debris over time. In addition to being unsanitary, particularly for food processors, the build-up can eventually affect the functionality of the vent.

“A vent that becomes heavier in weight due to build-up will open slowly and less efficiently, and ultimately the pressure in the equipment will be higher than expected which is a safety concern,” explains Brazier.

In 1990, BS&B Systems patented the first single-section explosion vent, comprised of a solitary sheet of stainless steel in a domed configuration. Perforations around the perimeter to aid opening at the desired low set pressure are protected with gasket materials.

The single-section domed design produces a vent that is more robust, lighter in weight and also largely eliminates the potential for build-up or contamination.

In 2010, the company improved on the design by altering the shape of the dome to a unique compound geometry that delivers even greater rigidity for high vacuum or vibration applications.

Despite its popularity, explosion vents will not work for every application. With venting, the combustion process will release a large ball of flame into the atmosphere that might be 10 times the size of the protected equipment for a few milliseconds.

While this might be an acceptable consequence for equipment that is outdoors at a remote location, for applications within a plant compound or inside a building it could endanger personnel or equipment, and even lead to a secondary explosion external to the protected equipment.

In cases where a flameball must be avoided, flame arrestors can be deployed. These devices are designed to absorb the pressure wave, flame and at least some of the dust that would normally be ejected by a vented explosion.

The three-dimensional flame arrestors applied downstream of explosion vents are heavy and when installed directly on top of a vent damage can result.

To address this concern, companies like BS&B Pressure Safety Management provide a flameless system designed with the vent installed inside the flame arrestor. In doing so, the heavier flame arrestor is mechanically mounted directly to the equipment, reducing the weight load transmitted through the more sensitive vent and eliminating the risk of damaging the vent.

It also serves the dual purpose of allowing for easy inspection of the vent and arrestor while installed. NFPA Standards require periodic inspection of explosion safety equipment.

Suppression equipment
For processes where an explosion would ideally be prevented altogether, suppression systems are the best alternative.

Explosion suppression equipment detects a dust explosion in the first milliseconds of the event and then signals extinguishing modules to release a flame quenching medium into the process equipment. This effectively stops the explosion in its infancy and only low pressure is produced that is safe for the protected equipment.

“Suppression can be preferable for indoor equipment, simply because the explosion doesn’t really propagate; it starts, but it never evolves into a full-blown event,” says Brazier.

For a 24/7 process, a suppression system can be very desirable, because the speed of clean up and refit allows for a quick return to production.

“If you use venting or flameless venting, you are allowing the explosion to fully develop in process equipment, so you have cleanup to deal with, you may have fire-related damages and other consequences that take time to get the process back into operation,” Brazier adds.

A typical suppression system consists of sensors and several explosion suppression “cannons,” which propel an extinguishing agent, such as sodium bicarbonate, into the process equipment. Nitrogen is often used to provide the motive power.

Although some available systems combine nitrogen and extinguishing agent in a single canister, this means the cannon must be oriented vertically downward to discharge properly. If not, the extinguishing powder could be left behind.

In the BS&B suppression system the nitrogen and extinguishing chemical are kept separate until the instant of activation. For this reason, discharge cannons can be installed facing vertically down, horizontal, or even upwards.

For installation purposes, this provides tremendous flexibility for placing cannons in the ideal location.

Separating the extinguishing agent and providing it in an easily replaced canister also means that on-site personnel can refit the system in case of an event. This can be a significant advantage given that some systems require a service technician to travel to the facility to re-set the system.

Containment systems
To “contain” an explosion, process equipment is built strong enough to resist the pressures generated by the combustion occurring inside a sealed container.

With this type of system, there is a high cost of construction since the design pressure has to be typically over 100 psig, and sometimes over 150 psig, which is far above the normal, required operating pressure conditions of the equipment.

As a consequence, containment is only economically viable for processes that are small volumes and/or high added value, such as some pharmaceutical manufacturing and for industries handling toxic materials that cannot be released to the environment.

In this type of system, the isolation devices play a critical role in preventing damage to connected equipment and piping. For this, fast activating knife gate or pinch valve device can be used, as well as chemical isolation systems.

With containment systems, however, isolation equipment must also be able to withstand greater pressures, up to 150 psig, unlike similar equipment required with vents or suppression devices that must survive only 3-10 psig.

Regardless of the type and combination of equipment installed, the appropriate solution for each application is a hands-on, collaborative endeavor.

“There is always more than one way to achieve combustible dust safety,” says Brazier. “The expertise is in reviewing each option for a particular industrial process and arriving at a combination of technologies that is technically effective, as well as cost effective in meeting the owner / operator’s responsibilities under NFPA Standards.”

Jeff Elliott is a Torrance, Calif.-based technical writer. He has researched and written about industrial technologies and issues for the past 20 years.