June 7, 2016 — Continental Biomass Industries (CBI) recently designed and installed an electric stationary system that is customized to grind 600 to 800 tons of railroad ties on a daily basis. Ties 2, based out of northern Wisconsin, initially approached CBI about possible system options nearly two years ago and the planning process took off not long afterwards. The challenge was to create an electric system that could withstand the tough and gnarly material that hardwood railroad ties often present while producing high amounts of consistent end product. 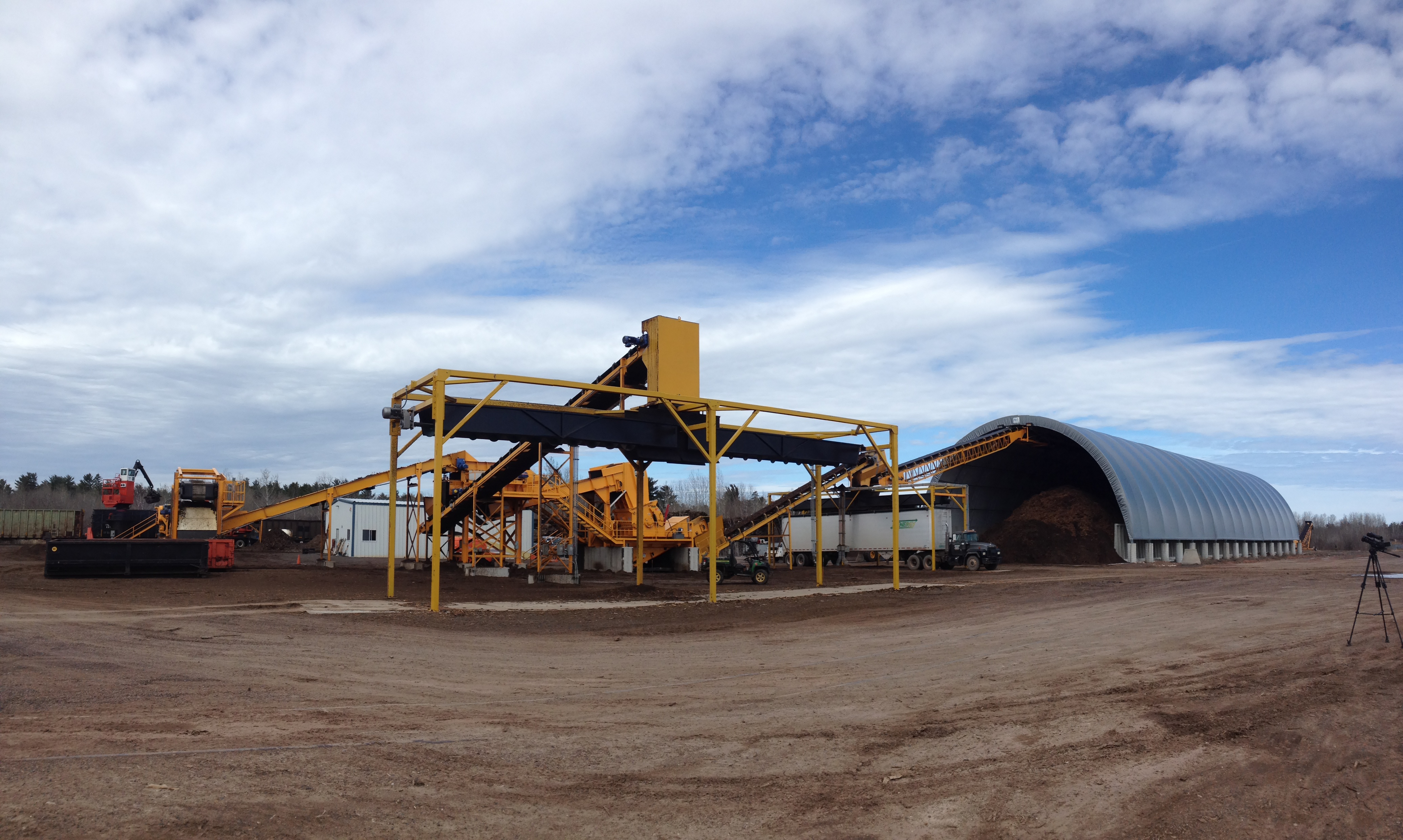 It appears Ties 2 made a worthy investment after reviewing 2016’s early results. Downtime has been minimal and the grinding facility’s crew has shown it isn’t afraid to work extra hours to meet customer demand. Ties 2 was founded in 2013 through a partnership between TiEnergy and Omaha Track as Midwest Companies is the parent company of TiEnergy. The stationary system is the eighth piece of CBI equipment that Midwest Companies has purchased overall.

“Those that install railroad ties in the first place want to find the hardest wood possible for the sake of the ties lasting,” said Ties 2 operations manager Chris Weides. “Because of that, we come across extremely hard wood that is also littered with metal. And I mean all sorts of different metal – anywhere from six inches wide to metal that is six feet wide. If you want to throw a metal plate through a CBI, it spits it out the other end.”

Much of the system’s success can be attributed to the CBI Grizzly Mill Primary Grinder. This unit features a 60” x 60” solid steel rotor that is the largest rotor design ever manufactured by CBI. Before the ties are initially ground, they are loaded onto a Taper Slot Vibratory Screen to remove dirt and debris.

The end product, which looks very similar to the average homeowner’s landscaping mulch, is trucked to two nearby power plants: Minnesota Power in Duluth, Minnesota and Excel Energy in Ashland, Wisconsin. Each power plant burns the end product to generate electricity for those living in nearby regions.

“The relationship we have with our customers is really good, we communicate a lot,” said Weides. “For me personally, it is a family-owned business and I enjoy working with my family. It gives an extra reward for me every day to go and do a good job. But running this nice of equipment is fun, too.”

Weides oversees the entire operation and worked directly with CBI engineering and field technician personnel for the final installations.

“The way this system is set up allows us to save money on wear and tear,” Weides explained. “The availability to load two trailers at once or to stockpile the end product properly is just unbelievable.”

Following the primary grind, the ground ties pass through a magnet tower to ensure all existing metal is removed before moving onto the CBI Prescreener. Any material that the screener identifies as oversized is then passed through a CBI Grizzly Mill Secondary Grinder (48” x 72” rotor) while material that is not oversized is discharged into a top load trailer. Material that passes through the secondary grinder is discharged into a second top load trailer as well.

“Gnarly, tough and fast are the three words I’d use to describe this system,” said Weides. “Downtime to us means money is going out the window, so the less downtime we have the easier my life is and the less money we lose. Downtime has been very minimal with this system, its running great.”