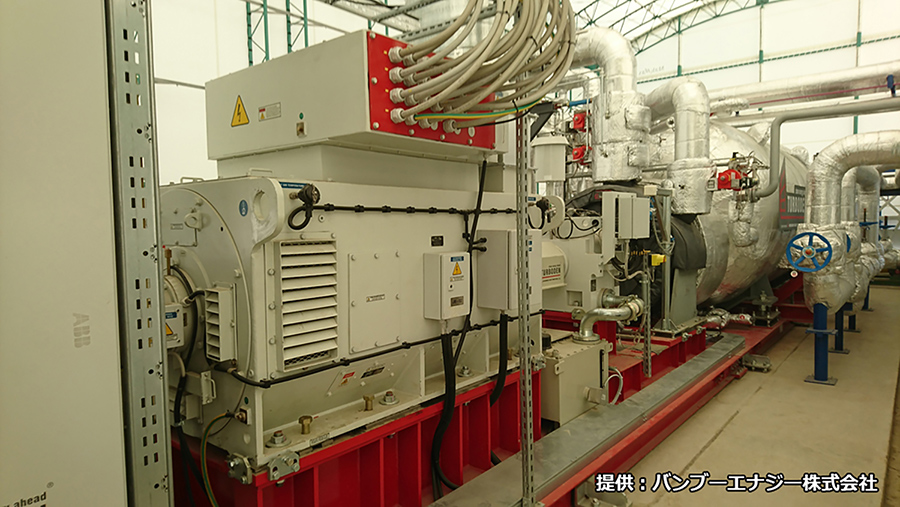 The carbon-neutral power project, operating under the name of the MLTC Bioenergy Centre, will be located near Meadow Lake, Sask., within the traditional territory of the nine First Nations of the Meadow Lake Tribal Council (MLTC). The green power generation facility, with major equipment supplied by Turboden, is a project of the Meadow Lake Tribal Council, supported with funding from the Government of Canada. The facility will produce electricity from an ORC system utilizing Turboden’s technology, with biomass fuel derived from residual wood waste from the adjacent, MLTC-owned NorSask Forest Products LP (NorSask) sawmill as heating fuel. The system is expected to produce 6,600kW (net) of carbon neutral baseload electricity to power approximately 5,000 homes. The project is expected to decrease greenhouse gas emissions by more than one million tonnes over 25 years (equivalent to CO2 emission of more than 50,000 vehicles per year), as well as significantly reduce smoke and other harmful particulate matter, improving the local air quality conditions. In addition to the generated electricity, the co-generation system design provides process heat to the NorSask sawmill buildings as well as new high efficiency lumber dry kiln, which will reduce natural gas consumption and also improve the economics of Canada’s largest 100 per cent Indigenous-owned sawmill facility.

Turboden was founded in 1980 by professors from Polytechnic University of Milan, and has been focused on the use of ORC power generation systems. The company became part of MHI Group in 2013. In 2016, Turboden signed a contract with general machinery trading company Daiichi Jitugyo making the firm its sales distributor in Japan.

In October 2019, Turboden’s 995 kW ORC cycle power generation system was adopted for a project in Nankan-machi (Kumamoto Prefecture) using bamboo biomass as the primary fuel, which had been considered difficult to process in Japan. As the first such initiative in Japan, the project is supported by Japan’s national research and development agency, the New Energy and Industrial Technology Development Organization (NEDO), which is seeking to promote the introduction of biomass energy.

Turboden’s binary cycle power generation system has as its core component an Organic Rankine Cycle (ORC) turbine, which uses as the boiling medium organic material with a low boiling point, such as a fluorocarbon or hydrocarbon-based material. This permits the use of relatively low-temperature heat sources such as biomass, factory waste heat, and geothermal energy. The system can generate up to 40,000 kW of electricity, and can be easily installed in non-fuel producing regions or areas lacking water resources, such as inland areas, deserts, and islands. It is also able to provide stable power generation without being subject to the weather or other factors.