The approval marks the first time ethanol has been approved by the EPA as a feedstock to produce another fuel under the Renewable Fuel Standard program. 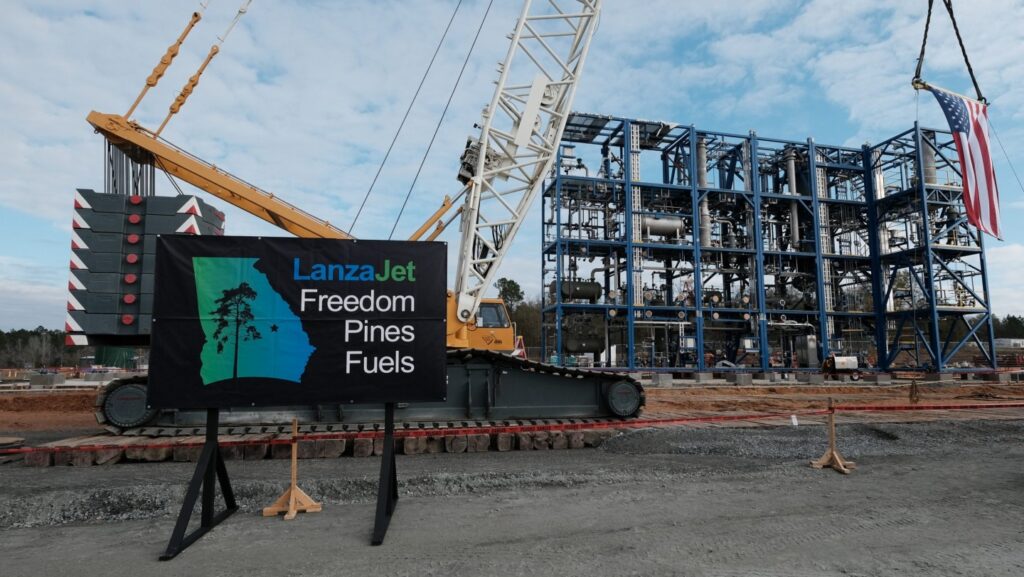 This regulatory milestone marks the first time in which ethanol has been approved by the EPA as a feedstock to produce another fuel under the Renewable Fuel Standard (RFS) program – and the first-ever EPA pathway approval for a biointermediate feedstock.

“LanzaJet is grateful for the EPA’s historic decision to approve sugarcane ethanol as a fuel pathway for our LanzaJet Freedom Pines Fuels facility,” said Jimmy Samartzis, LanzaJet CEO. “This is the first step in our EPA approval process as we plan to seek further approvals for additional sources of ethanol, including novel waste feedstocks. This is a critical milestone for the SAF industry and demonstrates that governments and regulators are aligned with our shared mission of reducing aviation emissions with the urgency our planet requires.”

The EPA’s fuel pathway approval allows LanzaJet to move forward with its plans to produce 10 million gallons of SAF and renewable diesel per year from ethanol, using a range of sustainable, low carbon intensity ethanol, including from waste-based feedstocks. LanzaJet Freedom Pines Fuels, which will open later this year, will nearly double the amount of current SAF production in the United States.

“We appreciate EPA’s diligent work on this novel pathway. The alcohol-to-jet pathway is not only critical to achieve the Administration’s goal of 3 billion gallons of SAF production by 2030, it will also create a new market for ethanol and provide significant benefits to the RFS program as a whole,” said Alex Menotti, vice-president of government affairs, policy and sustainability at LanzaJet.

According to the EPA’s calculations, LanzaJet’s SAF and renewable diesel production at Freedom Pines Fuels will achieve a greenhouse gas (GHG) reduction of 54 to 66 percent when compared to a fossil diesel baseline. The approved pathway applies to renewable jet fuel and renewable diesel produced from undenatured ethanol through a process of dehydration, oligomerization, and hydrotreating

In December 2022, LanzaJet celebrated a major construction milestone at Freedom Pines Fuels and was joined at the event by government representatives from the Federal Aviation Administration (FAA), the US Department of Energy (DOE), and the US Department of Agriculture (USDA) as well as representatives from the State of Georgia and local and county officials.

Located in Treutlen County and less than 100 miles from Savannah, the Soperton plant will create 125 direct jobs over the construction phase of the process, and 31 direct and 25-50 indirect jobs during ongoing operations and generate significant economic benefit to the local economy.