July 12, 2017 - New research from a professor of engineering at UBC's Okanagan Campus might hold the key to biofuels that are cheaper, safer and much faster to produce. 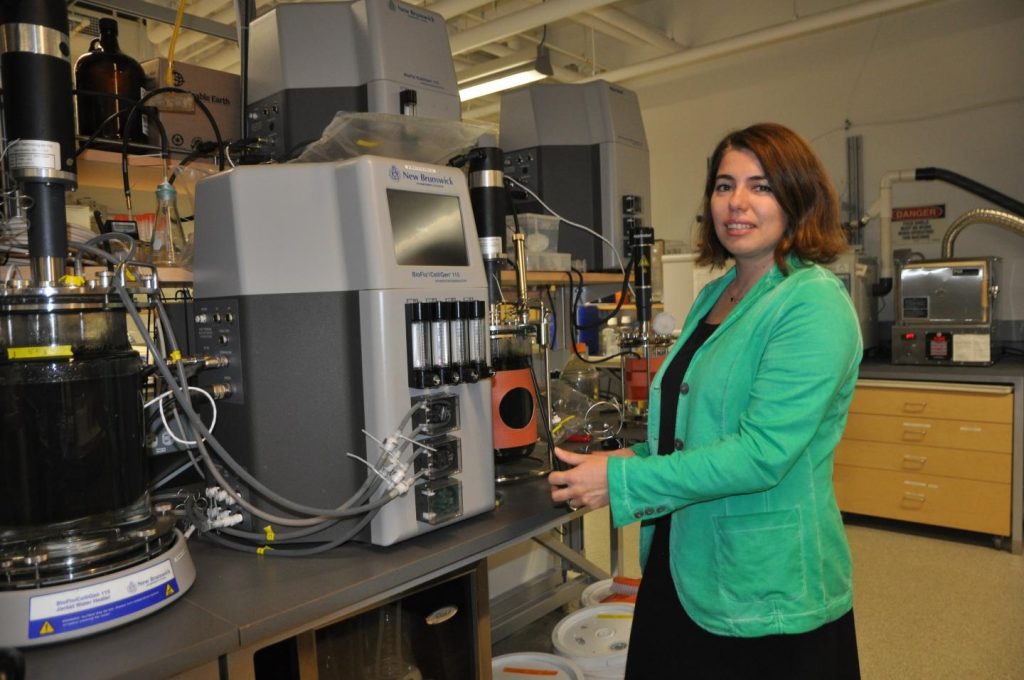 Cigdem Eskicioglu is a professor of engineering at UBC's Okanagan Campus.

“Methane is a biofuel commonly used in electricity generation and is produced by fermenting organic material,” says Cigdem Eskicioglu, an associate professor with UBC Okanagan’s School of Engineering. “The process can traditionally take anywhere from weeks to months to complete, but with my collaborators from Europe and Australia we’ve discovered a new biomass pretreatment technique that can cut that production time nearly in half.”

Starting with materials commonly found in agricultural or forestry waste – including wheat straw, corn husks and Douglas fir bark – Eskicioglu compared traditional fermentation processes with their new technique and found that Douglas fir bark in particular could produce methane 172 per cent faster than before.

“The potential to more efficiently harness the energy from forestry waste products like tree bark can open a world of new opportunities,” says Eskicioglu. “The new fermentation process would be relatively easy to implement on site and because the bioreactors could be much smaller, the costs could be kept low.”

The new process pretreats the initial organic material with carbon dioxide at high temperatures and pressures in water before the whole mixture is fermented, Eskicioglu explains. The new pretreatment process uses equipment and materials that are already widely available at an industrial scale, so retrofitting existing bioreactors or building new miniaturized ones could be done cheaply and easily.

“Unlike traditional biomass pretreatment for bioreactors, our method doesn’t require the use or generation of toxic chemicals. We still have some work to do to move it to an industrial scale, but our results so far are very promising.”

The study will be published in September’s edition of Water Research.