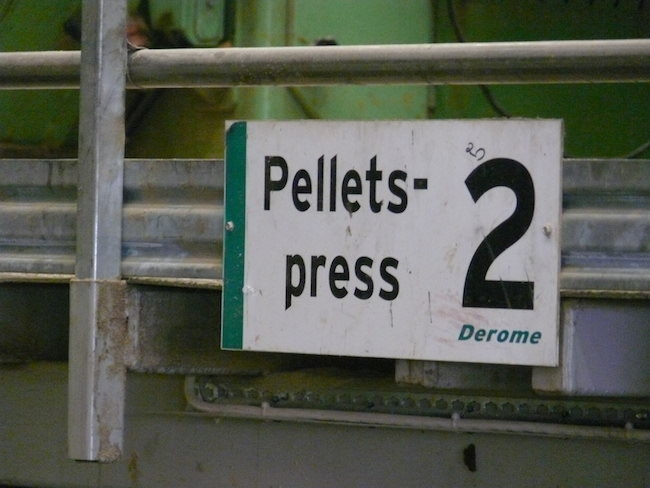 What would fossil fuels cost if producers had to pay for the environmental damage they caused? How much would coal and gasoline producers have to raise their prices if they had to account for the cost of reversing global warming and acid rain? Despite their higher initial cost, global biofuel consumption is increasing. This is because biofuels are cleaner than fossil fuels, and have a lower greenhouse gas impact. Governments have implemented various mechanisms to support biofuel use, either through mandates or subsidies.  However, for governments to support biofuel use, they require evidence that biofuels do indeed provide GHG benefits and that they are produced sustainably. This has led to the rise of third party sustainability certification in the biofuels industry.

The forest industry adopted third party sustainability certification some twenty years ahead of the biofuels industry. The Forest Stewardship Council (FSC) and the Programme for the Endorsement of Forest Certification (PEFC) are two well-known organizations with certification programs that provide third party verification of sustainable forest management as well as chain of custody certification to demonstrate to the end consumer that finished forest products come from sustainably managed forests. A common feature of these programs is that they have multi-stakeholder governance, which includes participation of forest industry, environmental interests, social interests, and aboriginal interests.  Canada leads all countries with 166 million hectares of certified forests, a figure that is nearly four times more than second place United States at 47 million hectares.

Sustainability certification for liquid biofuels – i.e. ethanol and biodiesel – began with the European Union’s 2009 Renewable Energy Directive (RED). The RED required mandatory sustainability criteria for liquid biofuels, but was silent regarding solid biofuels, thus leaving it to individual EU member countries to decide how to address the sustainability of solid biofuels. According to the RED, for liquid biofuels to be considered sustainable, they must achieve greenhouse gas savings of at least 35% in comparison to fossil fuels, rising to 50% in 2017. In 2018, it rises again to 60 per cent but only for new production plants. All life cycle emissions are taken into account when calculating greenhouse gas savings. This includes emissions from cultivation, processing, and transport. Biofuels cannot be grown in areas converted from land with previously high carbon stock such as wetlands or forests. Biofuels cannot be produced from raw materials obtained from land with high biodiversity such as primary forests or highly biodiverse grasslands. One way for companies to demonstrate that their biofuels comply with the criteria is to participate in voluntary certification programs that have been recognized by the European Commission. For the purpose of certification, the whole production chain from the farmer growing the feedstock up to the biofuel producer or trader is checked by independent auditors. Schemes are mostly privately run but recognized as valid by the European Commission. Presently there are 16 sustainability certification schemes for liquid biofuels recognized by the European Commission.

The European Union remains the largest market for solid biofuels, especially wood pellets, consuming about 20 million metric tons of wood pellets per year, half for heat and half for power. The European Commission has been silent regarding sustainability criteria for solid biofuels, leaving it to member countries to determine their own rules.  Unfortunately for industry participants, this has resulted in each EU member country developing its own sustainability rules with such rules varying significantly from country to country. Electrical power utilities must demonstrate that they are complying with sustainability rules of each country in which they operate in order to receive government subsidies.

European power utilities initially developed individual in-house procedures to verify the sustainability of their wood pellet purchases. However, they eventually decided that it would be more efficient to have a single pan-European sustainability certification system, thus leading to the development of the Sustainable Biomass Program (SBP). Today SBP’s members include Drax Power, Dong Energy, Eon, Engie, Hofor, RWE, and Vattenfall. The SBP certification program was initially developed for wood pellets and has recently been extended to cover wood chips.

While each of the six standards is essential to SBP’s certification process, arguably the first two require the most attention from wood pellet producers as they relate to what feedstock is acceptable and the verification procedures. The Feedstock Compliance Standard is concerned with ensuring legal compliance; maintaining biodiversity and high conservation values; forest productivity; soil, air and water quality; labour rights and health and safety; land use rights; continuous improvement; maintaining carbon stocks; impacts of residue harvesting; and competition with food and subsistence uses. The Verification Standard provides two methods for demonstrating compliance with compliance with its feedstock standard. The first is if a biomass producer obtains feedstock from certified forests, then SBP will accept FSC or PEFC certification as evidence. The second, for situations where FSC or PEFC certification is not available, then the biomass producer must undertake a detailed supply base evaluation of the areas from which it obtains feedstock. The supply base evaluation consists of a risk assessment and verification procedures. To obtain SBP certification applicants must be audited by an accredited third-party certification body. Certifications are valid for five years, provided that certified organizations pass annual surveillance audits. At the end of five years, organizations wishing to renew their SBP certification must reapply.

As an organization, SBP has been diligent in trying to develop a certification program that would comply with the sustainability requirements of all EU member countries. To that end it has mostly succeeded, although at this time the Netherlands will not accept SBP’s risk assessment procedure for large forest units. One area where SBP’s members have failed is in their relationship with the organizations that they want to become SBP certified. SBP’s members have treated wood pellet producers as adversaries rather than as allies. Wood pellet producers have asked to participate as equal partners in developing SBP from the very beginning. Instead, SBP’s partners have maintained absolute control over the SBP and have shut pellet producers out of the governance process. They have given the appearance of acting as a buyers’ cartel exercising absolute authority over the wood pellet industry. In fairness to SBP, the members have now indicated a cautious willingness to include pellet producers as well as environmental groups in the governance of SBP. For them to repair the damage they have done to supplier relationships, SBP’s members will need to move a little faster than their current glacial pace.

Solid biomass fuel markets have recently begun to develop rapidly in South Korea and Japan. While two countries are motivated by similar concerns about sustainability and GHG reduction, these issues have not evolved as quickly as in Europe and we still have time to apply the lessons learned from our European experience. Sustainably produced biofuels are less polluting and better for our atmosphere than fossil fuels. And when we add the cost of environmental damage to the cost of fossil fuels, we can argue that biofuels are cheaper too. So, for the continued growth and survival of biofuels, it is essential for all participants to demonstrate that they are producing sustainability. Sustainability certification will continue to provide a vital role.