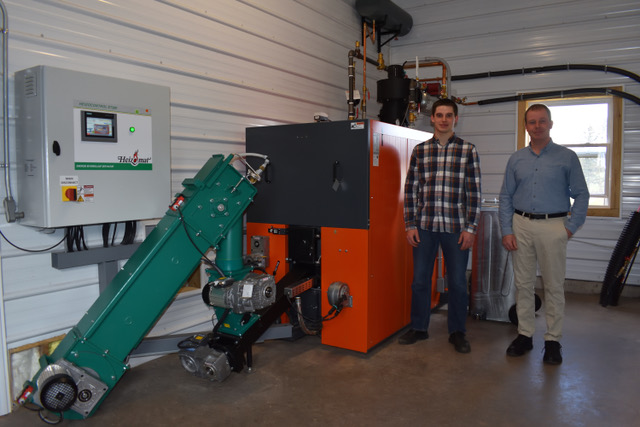 In September 2017, the Canada-European Union Comprehensive Economic and Trade Agreement (CETA) came into force. Canadians were told that CETA would eliminate barriers to trade and that there would be mutual recognition of Canadian and European technical standards. In the case of biomass boiler pressure standards, this is demonstrably untrue. Canada is still stuck on using American standards produced by ASME and rejects European standards produced by the European Committee for Standardization/Comité Européen de Normalisation (CEN).

CETA has been of absolutely no benefit to the Canadian wood pellet sector. Canada’s National Standardization Body (NSB), the Standards Council of Canada (SCC), does work with CEN “to achieve technical harmonization, and contribute to the removal of technical barriers to trade between [Canada] and Europe” as the CEN website suggests. However, the provincial nature of boiler regulations in Canada puts the boiler certification issue beyond federal reach, creating a Gordian Knot accessible only through modification of CSA B51.

Europe consumes around 18 million tonnes of wood pellets annually in these boilers, displacing fossil fuels and reducing greenhouse gas emissions. Canada, despite being significantly colder than Europe, consumes barely one per cent of that for heating purposes. Without access to modern automated boiler technology and acceptance of Europe’s EN 303-5 standard, growth of our domestic pellet and biomass heating sectors will remain permanently stalled.

In Canada, the Canadian Standards Association’s B51 committee is responsible for the national boiler standard. Ironically, CSA’S B51 standard is not even truly Canadian. Instead, it refers to the ASME Boiler and Pressure Vessel Code which is produced by the American Society of Mechanical Engineers. Members of a CSA B51 sub-committee found our suggestion that they consider the benefits of European biomass boiler standards amusing.

One single sentence in the CSA B51 standard has eliminated the chance for the European EN 303-5 code to be adopted in Canada:

CSA B51 requires European boiler manufacturers to comply with the American ASME Boiler and Pressure Vessel Code if they want their products registered for sale and proper installation in Canada.

The European Union has standards organizations similar to CSA that produce and maintain European Standards for its 27 member countries. Standards with embedded directives – like the ASME reference in CSA B51 – that protect end users from exposure to potential pressure vessel failure in pellet boilers of less than 500 kilowatts are published by CEN. This includes EN 303-5: Heating boilers for solid fuels, manually and automatically stoked, nominal heat output of up to 500kW – Terminology, requirements, testing and marking. These standards minimize end users’ exposure to potential pressure vessel failure and provide clear guidance to support those responsible for inspection, enforcement, and repair of pressure vessels.

Many other countries beyond the EU recognize EN 303-5 as they accept biomass central heating products into their marketplaces. One Austrian pellet boiler manufacturer reports that its EN 303-5 certified boilers are imported and distributed in the following non-EU countries without further certification: Argentina, Australia, Chile, China, Japan, New Zealand, Russia, Serbia, South Africa, South Korea, Switzerland, the United Kingdom, and Ukraine.

Why, then, do Canadian standards reject these EU-manufactured small boilers, summarily rendering nearly all of them unavailable to Canadians? Surely there is no plausible argument that the CEN standards wouldn’t protect Canadians as they protect others worldwide.

There are many conceivable answers to that question. Safety officials and regulators across North America work daily with boilers and pressure vessels of all sizes and shapes. The officials are all steeped in the standards system devised by the American Society of Mechanical Engineers. They’ve worked hard to learn the system and are expert at enforcing and applying its provisions. Learning the provisions of another foreign standards system is difficult. However, this must be done if Canadian standards are going to accommodate standards that have empirically demonstrated their effectiveness elsewhere.

Boiler regulation in Canada falls under the purview of the provinces and territories. Each of these jurisdictions has its own set of regulations. While the regulations are very similar in most regards and call CSA B51 by reference, there are some differences among them and changes must be made one province or territory at a time. This arrangement has created challenges within Canada as it is now creating challenges negotiating a resolution to the present regulatory barrier to trade.

The Provincial-Territorial Advisory Council (PTAC) has worked hard to reduce the bureaucratic complexity of acquiring country-wide Canadian Registration Numbers (CRNs) to permit the marketing of boiler products across provincial/territorial borders in Canada. Considerable effort was required to ameliorate this inter-province bottleneck. That suggests that increasing Canadian opportunity in pellet central heating with technically superior products will also require significant work.

There are many kinds of standards published by many organizations around the world. It is reasonable to presume that the many stakeholders who argue for the consensus required to get standards published have the best interest of the public in mind as they work. However, complex systems, such as the significant web of standards that face manufacturers of consumer goods, such as small pellet boilers, have inter-relationships that can cause side effects, some anticipated, some not. Standards become something more than simple protectors of public wellbeing.

As regulators and industry insiders who labour over the creation and maintenance of standards learn complex standards systems, they begin to see the affected world through the lens of those standards systems. It seems to be difficult for them to imagine that products generated outside the constraints of those systems can be equally safe and efficient, perhaps even better. When considering such products, they instinctively look to aspects of the product that fail to meet the standards in the systems with which they’re fully familiar. These stakeholders are strong voices in the communities that create and revise the standards they enforce.

Two things result from this custodial familiarity: substantive innovation falling outside the existing standard is unrecognized or discouraged, and the standards system becomes a very powerful meme. That is, the system defends and propagates itself and its origins.

In this case, manufacturers of highly innovative, highly efficient, and globally installed small pellet boilers are prohibited from applying for Canadian Registration Numbers because they are not manufactured to the ASME standards exclusively favoured in CSA B51. The boilers are thereby unable to be imported, distributed, and sold for proper pressurized installation. This deprives Canadians of a renewable energy alternative that would consume Canadian fuel and that has shown itself to be important in much of the world.

When the regulators are asked the question, “Why can’t these boilers be considered safe in Canada?” the answer is typically “because they don’t comply with CSA B51.” When one attempts to get beyond this bureaucratic response, the perceived deficits of the equipment are always reported as ways in which the equipment does not comply with the ASME standards called in CSA B51 ¶ 4.10.1.2.

And on it goes.

The paradigm owns the regulator. The standards have protected themselves, and the possibility that innovative equipment fabricated to different standards could be useful to the governed population has been dismissed.

Given the regulatory structure of Canada, this problem could most easily be resolved by an amendment to CSA B51 that permit pellet fired boiler systems of up to 500 kilowatts that are manufactured, tested, and certified to the requirements of EN 303-5 to qualify for application for Canadian Registration Numbers whether they are manufactured in Canada or elsewhere. Accomplishing this would benefit many Canadians.