Dec. 11, 2017 - The Wood Pellet Association of Canada (WPAC) held its annual conference in Ottawa in September 2017. Only a few months before, Prime Minister Justin Trudeau had announced the Pan-Canadian Framework on Clean Growth and Climate Change, the new national plan to meet Canada’s emissions reduction targets, grow the economy, and build resilience to a changing climate. 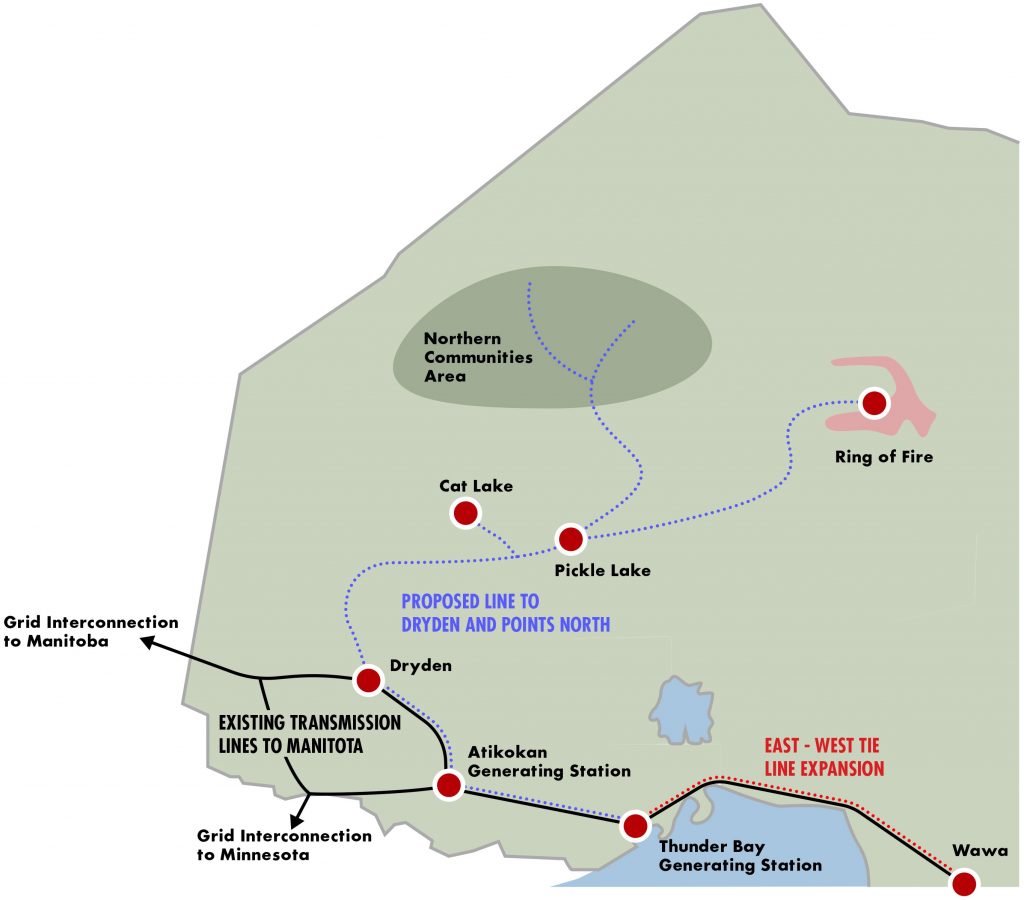 The government of Ontario is proposing to build an East-West tie line expansion and a transmission line to Dryden and points north at an estimated cost of $2 billion. An alternative would be to increase the capacity of Atikokan and Thunder Bay generating stations. The Wood Pellet Association of Canada (WPAC) held its annual conference in Ottawa

WPAC wanted to make sure that government understood how wood pellets could be used to generate power and heat while helping Canada fight climate change and meet the country’s 2030 emissions reduction targets.

WPAC organized a two-day post-conference tour to Ontario Power Generation’s Atikokan and Thunder Bay biomass generating stations, its Kakabeka hydro-electric generating station, and to Confederation College’s Biomass Energy Facility. The group of 15 tour participants included scientists, engineers, consultants, and commercial executives from Canada, Austria, Germany, Norway, the Netherlands, Sweden, and the United States. Darcey Bailey, OPG’s production manager west, was the group’s tour guide. Not only is Bailey a professional engineer and the person responsible for overseeing the operation of the two biomass power plants as well as several hydro-electric generating stations, he was directly involved in the planning, engineering, and construction of the biomass conversions of Atikokan and Thunder Bay, and he exudes enthusiasm at all times. The group was extremely fortunate to have him as a guide.

A few of the topics we discussed during our visit included: (1) why the two biomass conversions took place, (2) why the two plants continue to operate, and (3) what their future might hold.

The genesis of the Atikokan and Thunder Bay coal-to-biomass conversion projects was in 2001, when Ontario had five coal-fired generating stations providing 25 per cent of the province’s electricity. That year, Ontario announced that it would close the Lakeview Generating station, which it accomplished in 2005. In 2003, the province announced its intention to close its remaining coal-fired generating stations. Atikokan closed in 2012, followed by Lambton and Nanticoke in 2013 and Thunder Bay in 2014. By the time the final plant had closed, Ontario had reduced its GHG emissions from electricity generation by more than 80 per cent. In 2005, the province issued 53 smog advisories; now there is no longer a need for smog advisories.

The conversion of the 205-megawatt Atikokan Generating Station to white wood pellets was completed in 2014 at a cost of $170 million. The original plant was built in 1985 at a cost of $800 million. Thunder Bay Generating Station converted one of its two 153-megawatt units to advanced wood pellets for $5 million in 2015. Both plants are used as peaking plants to help with local load balancing, with Atikokan operating about 10 per cent of the time and Thunder Bay operating about two per cent of the time.

Northwest Ontario is a vast region dominated by forestry and mining, which in recent years has declined, substantially reducing electricity demand. Current average regional demand is about 700 MW with peak demand in the 1,100 to 1,200 MW range. The region has 687 MW of hydro-electric generating capacity and 358 MW of biomass generating capacity: 205 MW at Atikokan and 143 MW at Thunder Bay. Northwest Ontario has three grid interconnections with Minnesota, Manitoba, and via a 400-kilometre transmission line from Thunder Bay east to Wawa and the rest of the Ontario grid.

Despite recent declines in forestry and mining, there are approximately 25 new mines under development in northwest Ontario, many of which are expected to be in production by 2020. One area – the Ring of Fire – is a massive planned chromite mining and smelting development that is expected to be as significant in terms of economic activity as Alberta’s oil sands.

Moreover, the province is under pressure to connect a large number of remote northern communities to the electrical grid. There are many remote communities in the northern part of the region that are not connected to the grid and produce their own power from expensive diesel generators. Ontario’s Independent Electricity System Operator (IESO) has concluded that there will be significant new electricity demand in northwest Ontario. Consequently, the province is planning two new high capacity 230 KV double-circuit transmission lines: one to parallel the existing 115 KV line to Wawa, and a second line to run northwest from Thunder Bay to areas north of Dryden and eventually to the Ring of Fire.

The government of Ontario is proposing to build an East-West tie line expansion and a transmission line to Dryden and points north at an estimated cost of $2 billion. An alternative would be to increase the capacity of Atikokan and Thunder Bay generating stations.

Considering that northwest Ontario has three grid interconnections and is planning additional high capacity transmission lines into the region, it raises the question as to why the Atikokan and Thunder Bay biomass conversions were needed. There are many compelling reasons:

WPAC is an enthusiastic supporter of the biomass conversions of OPG’s Atikokan and Thunder Bay power stations. Our members export millions of tonnes of wood pellets to power stations in Europe and Asia where they have had great success in using wood pellets as a replacement for coal to reduce GHG emissions. Despite this, most Canadian coal power producers remain unwilling to consider wood pellets. Ontario Power Generation is a refreshing exception and it is highly beneficial to be able to point to their two biomass generating facilities as local success stories.

On Sept. 15, 2017, immediately before WPAC’s Ottawa conference, the Canadian Council of Forest Ministers announced a Forest Bioeconomy Framework for Canada. WPAC is optimistic that this will bring increased focus and attention on bioenergy and that other power utilities will follow OPG’s lead by bringing more biomass power projects to other regions of Canada.

Gordon Murray is the executive director of the Wood Pellet Association of Canada.
Print this page