Sept. 28, 2017 - Southeast Alaska is a remote island chain, located about 1,100 kilometres north of Seattle, Wash. Most of the region’s goods are imported by barge, creating logistical and economic challenges not faced by many other parts of the U.S. This also applies for many types of wood products. Although the region is heavily forested (including the 17 million acre Tongass National Forest), there are no commercial wood pellet mills capable of supplying the region’s needs. 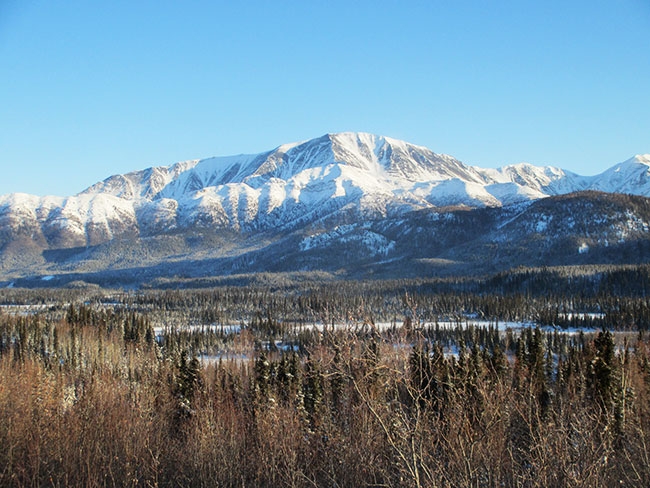 Thus, pellets for residential heating must be imported, often from Washington or Oregon. Given the long shipping distances, and the need for fossil fuels to power barges, the net environmental benefits are uncertain, and worthy of further analysis. It is within this context that we used life cycle assessment to evaluate the environmental impacts on global warming potential associated with converting home heating systems from heating oil to wood pellets in southeast Alaska.

Southeast Alaska context
Limited industrial development makes it necessary to import almost all goods into southeast Alaska, primarily by barge. Accounting for carbon associated with heating oil, for example, must include the carbon chemically bound to the product, as well as the carbon resulting from the energy to move the raw product from the north slope of Alaska to Seattle where it is refined and the transportation back to southeast Alaska where it is consumed. Accounting for these energy flows is an important part of comparing alternatives in life cycle analysis.

When planning wood energy applications, it is often desirable to quantify the environmental impacts of harvesting, transporting, and combusting woody biomass compared to alternative fuel sources (typically fossil fuels). Over the past 10 years, close to 10 small industrial scale wood energy systems established in southeast Alaska. Although most of these systems are small (typically burning less than 100 cords of wood or 1,000 tons of chips per year), the cumulative effect is substantial for the rural communities served. This motivation guided our research to perform life cycle assessment on region-wide wood energy use for residential heating under scenarios that compare local fuel production to wood fuel being transported from the continental U.S.

We considered wood pellet production from both undried and dry mill residues from softwood lumber production in the Pacific Northwest and also from whole tree chips. The base model assumed that pellets were first produced in the Seattle, Washington area then shipped by barge from the Port of Seattle to the Port of Ketchikan, Alaska, then by barge to destination communities within southeast Alaska, and finally by truck for local delivery. Our analysis was based on modelling assumptions for pellets, cordwood, and heating oil, which included specifying moisture content, heating values, and stove efficiencies (Table 1).

Transportation flows for cordwood, heating oil, and imported pellets were determined as well as distances transported both regionally and locally. Our model assumed that locally produced pellets would be shipped by barge to Ketchikan, and then distributed to destination communities similar to imported pellets. Net global warming potential was calculated by subtracting the CO2 absorbed during tree growth from the total CO2  emissions (both fossil and biomass based), using the TRACI version 2.1 method within SimaPro.

Alaska summary and national perspectives
Wood pellet use for residential heating in southeast Alaska was evaluated as a cradle-to-grave life cycle analysis. When comparing the global warming potential of pellets, locally produced cordwood, and heating oil, we found that global warming potential was lower for all scenarios that included wood pellet substitution. These findings support the environmental advantages of increased use of wood fuels in southeast Alaska for residential heating. Environmental benefits can be further enhanced when wood pellets are produced locally to alleviate the transportation burdens due to importing goods to southeast Alaska. These findings are important because locally produced and utilized wood pellets could provide economic benefits to communities in addition to the environmental benefits described earlier. However the limited infrastructure needed to harvest, process and dry wood fibre would first need to be expanded. In the meantime, importing pellets from the lower 48 could be a bridge strategy, after which all forest growth, processing, and bioenergy utilization could occur in southeast Alaska.

Forest resource use is a continually evolving issue in southeast Alaska, and estimating future timber harvest and the availability of material suitable for energy use in southeast Alaska has large uncertainties. The Tongass National Forest transition to young growth is underway, and over the next few decades this resource, and its ability to generate wood energy feedstocks in the form of harvesting residues, small diameter timber, and sawmill residues, will have a major impact on the regions ability to locally produce forest products. Therefore wood energy utilization will continue to be important in creating markets for forest residues from sawtimber.

From a national perspective, many rural communities could benefit from similar strategies in which wood energy products are produced and consumed locally. For example, throughout the western U.S. many sawmills generate significant residues that could be used for fuel. Further, wildfire mitigation thinnings are creating large volumes of in-woods residues that could potentially be used locally. And, in the southeast U.S. large pellet mills are producing large quantities of wood pellets, some of which could be used locally. •

David L. Nicholls, Ph.D., is a Forest Products Technologist with the USDA Forest Service, Pacific Northwest Research Station, and is based in Sitka, Alaska.

Elaine Oneil, Ph.D., is the Executive Director of the Consortium for Research on Renewable Industrial Materials, a position she has held since 2009.