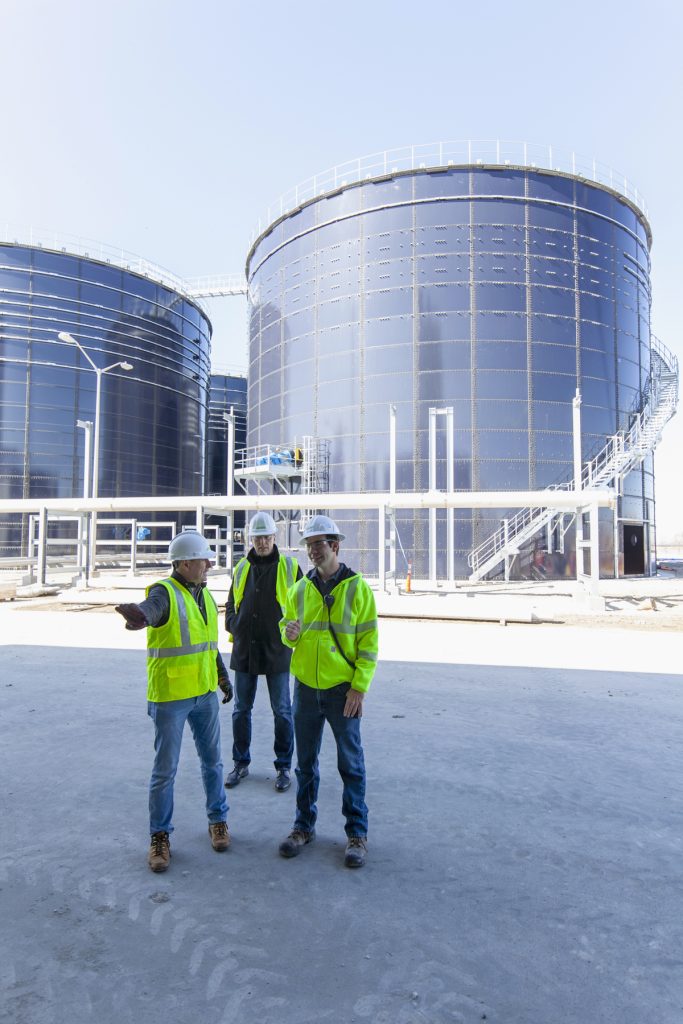 Verbio has commenced production at its new production plant in Nevada, Iowa. The plant will generate biomethane from maize straw, and is the first large-scale commercial plant in the USA to use the technology developed by Verbio. After a construction period of two-and-a-half years, Greg Faith, managing director of Verbio Nevada LLC, celebrated the milestone achievement: “Our biorefinery plant is now pumping biomethane into the gas network of Alliant Energy, a public utility company, so that it can be transported by pipeline to be sold across the nation to transport companies and at CNG filling stations. This is a big day for us and for our partners in the agricultural sector. We would like to thank the city of Nevada, the Iowa Economic Development Authority, the Des Moines Area Community College and Alliant Energy, who have supported us in completing our project.”

Tried and tested Verbio technology for the U.S. market

Verbio acquired the mothballed cellulose ethanol plant from DuPont, the previous operator, at the end of 2018. Claus Sauter, chief executive officer of Verbio AG, remembered: “It was our first major foreign investment and our entry into the North American market. We have expanded the plant to include biomethane production based on the model we use at our German locations, and now we are providing green fuels for the American market manufactured from excess maize straw. Our technology does not only create a climate-friendly fuel and a high-value fertilizer, it also prevents the release of additional emissions from agricultural production that would have resulted from the maize straw being left to rot in the fields. This turns driving vehicles into a form of climate protection.”

The successful launch of the production plant in the American Midwest is the starting point for Verbio’s further expansion plans in the USA. In the initial phase the plant will be ramped up to a capacity of 20 MW, and thereafter it will be able to process 100,000 tonnes of straw annually, converting it into biomethane. By the end of 2022 the plant will have been expanded based on the model used in Verbio’s German plants to offer combined bioethanol-biomethane production.

Biomethane completes the range of biofuels manufactured in Iowa

Since the approval of the U.S. Renewable Fuel Standard (RFS) in 2005, subsequently amended in 2007, Iowa has been a leader in the production of renewable fuels. The addition of the Verbio plant adds biomethane (BioCNG) to Iowa’s biofuels portfolio, building on the partnership between the agricultural and renewable energies sectors. “Verbio is a first-class company, and I’m pleased they chose to invest in Iowa for this new biorefinery facility,” said Debi Durham, executive director of the Iowa Economic Development Authority and Iowa Finance Authority. “This important renewable energy project exemplifies our economic development strategy in Iowa, which is about innovation and attracting highly skilled jobs that will raise the standard of living and create wealth for our state.”

“The introduction of the Renewable Fuel Standard (RFS) was a big success for the American market, but the share of advanced biofuels generated from residual products and from waste materials is still a long way below target. However, more than 80 per cent of these waste material based biofuels come from landfill and sewage gas, and only a relatively small volume from residual materials from agriculture and from other cellulose sources. At the same time, the great agriculture regions in the Midwest of the USA have an enormous potential to supply agricultural raw and residual materials which can be used to decarbonize transport. We want to leverage this potential using our technology,” said Claus Sauter, Verbio CEO, explaining the market potential and Verbio’s strategy. In addition, there is the increasing demand for climate-friendly logistics: “In America, long distance heavy-goods transport plays a more important role than it does in Germany.” The Verbio CEO is convinced that, “Biomethane in the form of BioCNG and BioLNG is also attractive for U.S. transport companies, representing a climate-friendly alternative providing long-distance range.”

“I’m excited to welcome Verbio to Iowa. This is a huge investment in Nevada and will have a tremendous impact on communities around the state. As stewards of the land, Iowa has an excellent talent pool. On top of that, it’s a great place to work and live,” Senator Grassley (R-IA) said. “Iowa continues to be a leader and advocate for renewable fuels; this new facility will use cutting edge technology to bring renewable energy nationwide.”