Feb. 22, 2017 - Vortex has announced the passing of its founder, Loren Neil Peterson at 87 years old. Peterson was very familiar to many in the bulk material handling industry. 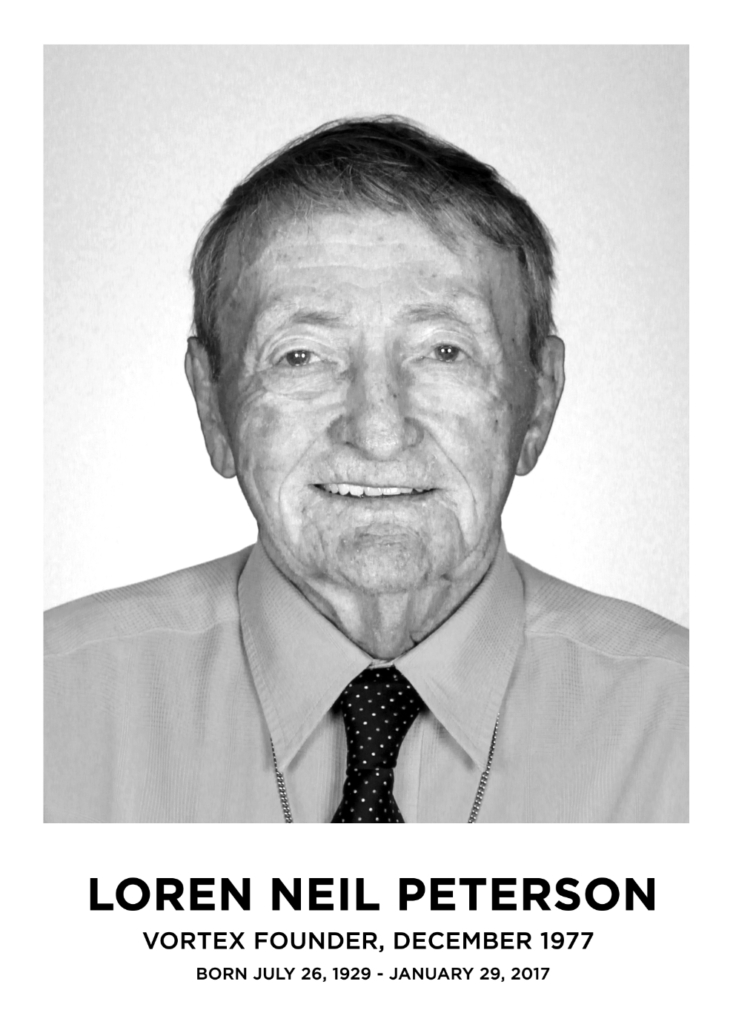 Peterson’s career in dry bulk solids began in the 1950s with Salina Manufacturing (now known as Coperion). As a mechanical engineer he developed formulas for conveying material other than flour, which was very unproven at that time. After much experimentation and analysis, he ascertained how to test a gallon-sized sample of product, and scale it up to a full size system. He also invented equipment for the company, including a patent on a “Y” type diverter valve and coupling system with a straight-line layout to reduce pressure losses in pneumatic conveying systems.

In 1977, Peterson left Salina Manufacturing to co-found Vortex with his son-in-law, Lee Young. At that time they developed a new type of slide gate called an Orifice Gate. The valve was designed to sheer through flowing material, self-clean on the opening stroke, and eliminate areas of build-up through the bore. The design also incorporated a shimming system, allowing factory maintenance personnel to perform simple adjustments to sealing tolerances while the valve remained in-line.

Vortex was granted a patent on the Orifice Gate in 1980 and received the John C. Vaalar Award by Chemical Processing Magazine judging it “a major contributor toward more efficient and effective operation of plants in the chemical processing industry”. Peterson continued to develop new products during the 1980’s until his retirement in 1989. This included the Wye Line Diverter, Roller Gate, and Fill Pass Diverter. He was awarded his last patent for the Clear Action Gate in 1990.

Joe Walton, former CEO & President of Walton/Stout Inc., remembers Peterson’s acumen as an engineer, “Neil was great. Nobody worked harder than him. When I left Salina, I looked everywhere for the same caliber of engineer. Unfortunately for me, he was one of a kind.”