News Biofuel Biofuels
Waste-based biofuels could be the key to unlocking the energy transition: Wood Mackenzie 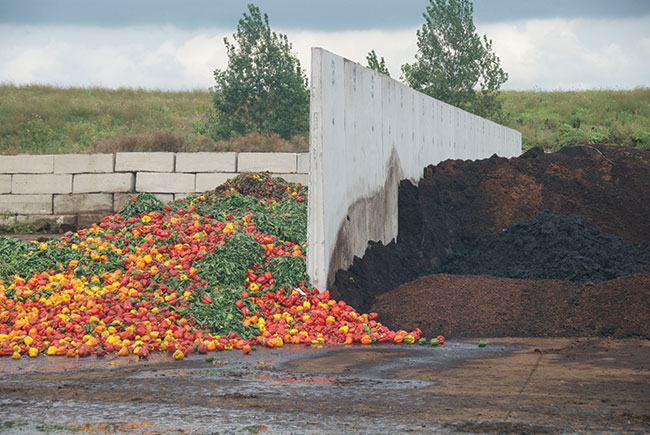 Waste-based biofuels could be a key driver of the energy transition transforming today’s limited supply of low carbon transportation fuels and creating a local, circular economy, according to a new report by Wood Mackenzie, a Verisk business.

As the world transitions to new, sustainable energy sources, the somewhat neglected biofuel sector may have a crucial part to play. Currently, biofuels only account for three per cent of today’s 100 million barrels per day (b/d) liquid fuel demand.

However, developing new technologies that drive biofuel production from municipal waste, agricultural residue and recycling plastics wastes could be a game changer for the energy transition. According to Wood Mackenzie, this could supply an additional 20 million barrels per day (b/d) of liquid biofuel by 2050, so satisfying a quarter of all future liquid fuel demand (95 million b/d in 2050), equivalent to around three quarters of 2050 middle distillate demand.

Wood Mackenzie vice-president Alan Gelder said: “Many governments have understandably pulled away from using food-based biofuels, which has hampered the industry’s growth. However, there still is plenty of opportunity for growth, especially when we look at waste-based alternatives. For some areas of the transport sector, such as air travel, there is little alternative to liquid fuel, making decarbonizing difficult. This source of biofuel could be tremendously beneficial, providing a cleaner fuel alternative that addresses both future power and environmental needs.” 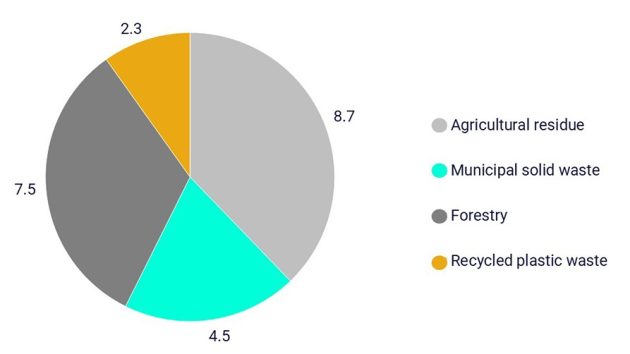 By using waste material for fuel there will be significant savings on landfill or incineration costs and the related emissions. Bio-based diesel and aviation fuels from plant-based feedstock could emit 80 per cent less carbon than the crude oil-based products that dominate today’s global market.

“Waste-based biofuels would curb carbon emissions at a similar rate and solve issues for industries that are hard to electrify. According to the International Energy Agency, the net-zero pathway demands that nearly half of biofuels consumed in 2030 – 45 per cent – must be produced with waste.”

Various technologies are in development to convert these solid wastes into liquids. These involve pre-treatment to ‘wash’ the materials, followed by thermal cracking (pyrolysis or gasification) to convert the waste into hydrocarbons. The last stage is processing in a conventional refinery to create biofuel versions of the crude oil-based products we use today.

This process will give rise to a circular economy. As moving solid wastes over distance is expensive, supply chains will be local, where products can be collected and processed at small-scale facilities outside of cities and towns.

Gelder said, “In turning waste into biofuels, being local is an advantage. The biofuels ecosystem would revolve around a hub-and-spoke distribution model, where the initial conversion of waste to biofuels is local, with the liquids produced then aggregated for processing in an existing refining facility. Refineries know how to do this and for many, this could be key to their long-term viability. It would have tremendous benefits to local economies and employment, creating a powerful argument for governments to develop incentives.”

Those incentives could be in the form of a ‘carbon tax credit’ that would create a level playing field with fossil fuel-based products and significantly improve the competitiveness of biofuel. Biofuels emit CO2 on combustion, but their net lifecycle emissions are far lower than fossil fuels, as carbon is removed when the vegetable feedstock is grown or waste is recycled.

If all falls into place for waste-based biofuels, the accelerated energy transition projections are dramatic. In Wood Mackenzie’s accelerated energy transition-1.5 scenario, the global demand for liquids would fall to only 35 million b/d by 2050, 60 per cent lower than the base case. Biofuels could meet two-thirds of liquids demand in hard-to-decarbonize transportation sectors, as well as provide circular feedstocks for petrochemicals. 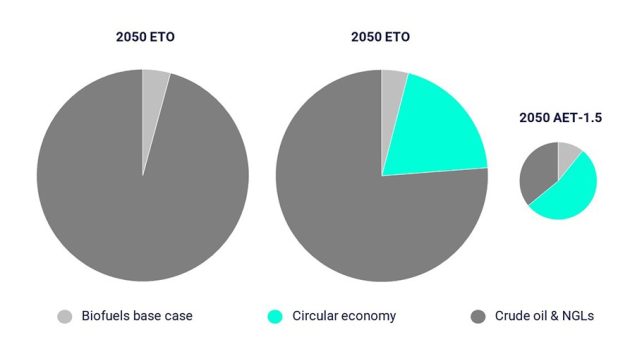 “We are already seeing large petrochemical companies develop impressive chemical waste plastic recycling programs, proving that these technologies can be deployed. If the refining sector begins to process waste for biofuels and governments support the initiative, we could be on a viable pathway to a circular economy, with its many benefits, that is compatible with mitigating climate change. It’s a win-win scenario.”