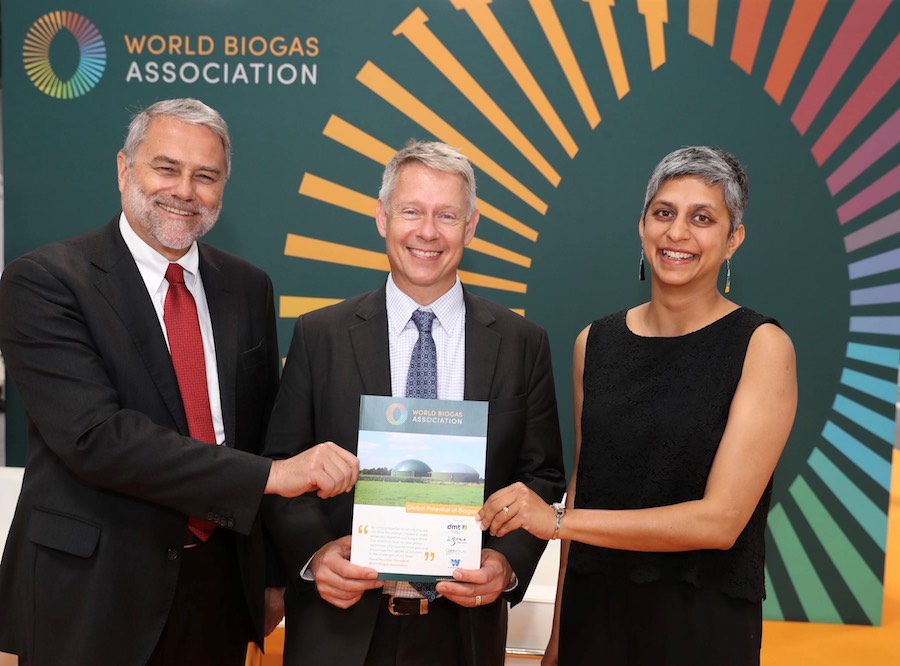 Following on from the recent publication of its Global Potential of Biogas report, which demonstrates that biogas could rapidly reduce world GHG emissions by a massive 12 per cent, the World Biogas Association (WBA) has issued recommendations to world governments, financial institutions and other key decision-makers to support the industry becoming a key player in meeting Paris Agreement commitments and developing a low carbon circular economy.

At the heart of WBA’s call is the need to move away from fossil fuel and invest in the infrastructure and incentives required to build a powerful anaerobic digestion and biogas industry that will provide not only a stable and flexible source of clean energy, but also bio-fertilizers for agriculture and a potent waste management and sanitation solution. WBA, in fact, adheres to the call issued by the United Nations Environment Programme to measure and eliminate fossil fuels subsidies. These are currently about three to four times the direct subsidies given to renewable energy.

WBA President David Newman said: “We will not meet climate change targets unless there is a level playing field put in place to support low carbon alternatives to fossil fuels for energy generation, such as biogas. Our industry, in particular, offers greater benefits towards the development of a sustainable circular economy, turning harmful organic wastes into green electricity, gas and transport fuel, and also into a zero-carbon fertilizer that restores the soil and boosts crop yields; it brings economic growth through employment and cost-savings and promotes health and well-being through better living conditions. The technology is mature, but we are currently processing only two per cent of the feedstock available globally. All we need to unleash this huge potential is the political and financial will to build the policy, regulatory and operational infrastructure that we need, but time is running out.”

The key recommendations focus around:

The WBA’s recommendations were echoed by the head of Global Climate Action, UN Climate Change (UNFCCC Secretariat), Niclas Svenningsen, in a keynote speech at the World Biogas Summit on July 3 in Birmingham, UK.

“There is a tremendous potential for biogas to be a significant building block in the climate and energy plans for the UK, EU and the world,” he said. “With the right incentives, the right policies and the right support, biogas can and will offer key opportunities for many countries to help implement the Paris Agreement, and address several of their Sustainable Development Goals. It needs to be at the table when the future policies of governments are designed.”

The Global Potential of Biogas report also lists examples of policies and schemes implemented around the world which have already made a significant difference for those countries.