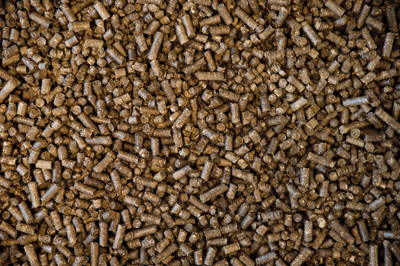 For well over a decade, numerous academic institutions, research institutions, governmental agencies, and private industries have focused on torrefaction technology, with a goal of bringing torrefaction to viable commercial status. Upon commercialization, torrefaction will play a crucial role in transitioning our society to a ‘circular economy’ where carbon-containing materials will be recycled, lowering overall carbon emissions and combating climate change.

Torrefaction has long been envisioned as the next logical step in the production of an ‘engineered’ fuel from biomass which, because of its advanced characteristics, will ultimately replace white wood pellets. When compared to white wood pellets, the superior characteristics of densified, torrefied biomass include lower moisture content, higher energy density, greater bulk density, hydrophobicity, resistance to biological activity, improved grindability, and a relatively uniform particle size distribution. These characteristics translate into lower transportation costs, much higher co-firing rates, and lower cost-of-use for the customer. It is for these reasons that torrefaction has received so much attention.

Countless press releases and announcements have heralded supposed torrefaction successes only to be followed by deafening silence, with the exception of occasional news reports of fires, explosions, and failed ventures. Many millions of dollars have been spent without a single example of large-scale, ongoing commercial success. Investors have become disillusioned, and many potential customers have all but given up on the idea that torrefaction will ever be commercialized. This inevitably leads to the question, “with torrefied biomass holding such promise, what is holding it back from commercial success?”

So, again, what has prevented the commercialization of torrefaction despite so much effort over so much time? The answer to that question centers around one root technological problem, and the failure to properly address that problem results in issues with process stability, system reliability, and safety.

Torrefaction is a low-temperature, thermochemical conversion technology that results in the chemical decomposition of carbon-based materials through the application of heat resulting in a devolatilized, hydrophobic, easily grindable, high-carbon content solid product. Devolatilization yields ‘torrefaction gases’ that include both CO2 and CO in addition to a variety of condensable components such as acetic acid, formic acid, methanol, lactic acid, furfural, hydroxyacetone, and water. These torrefaction gases contain a tremendous amount of energy. For an economically viable torrefaction system, it is critically important that this energy be utilized efficiently in the system. But these gases are also highly reactive and can rapidly polymerize into heavy molecular weight bio-oils. Current torrefaction gas handling systems are based on traditional thermal oxidation technologies – burning the concentrated torrefaction gases to produce heat in the form of a hot flue gas.

Although this traditional approach seems like an obvious choice, actual operations have revealed major shortcomings predominantly because the oxygen content of that flue gas is too high to be used in direct contact with the biomass. Process design efforts undertaken to overcome this shortcoming result in unacceptably high concentrations of volatile gases in the system, and that is the root cause triggering the problems preventing commercial-scale torrefaction.

In general terms, here is what’s happening: Because of the high reactivity and concentration of the torrefaction gases, it is difficult to handle them safely and effectively. To make matters worse, the gas pressure can fluctuate resulting in unstable flow and subsequent process control issues. This is true whether a directly-heated torrefaction reactor technology or an indirectly-heated torrefaction reactor technology is employed. Traditional thermal oxidation technologies must adjust for these conditions by using excess combustion air, and that produces an oxygen-rich flue gas that cannot be used in direct contact with the biomass. This severely limits the efficient use of this energy source inside the torrefaction reactor and in other system applications such as cooling. Directly-heated reactor designs attempt to deal with this situation by continuously recycling the concentrated torrefaction gases, via a heat exchanger, as outlined several years ago by ECN. Indirectly-heated reactor designs allow the gases to concentrate inside the reactor and basically reside there for an extended period of time before being expelled from the reactor simply by the buildup of internal gas pressure. As a result, in both cases these volatile gases are present in high concentrations.

This situation leads to process stability issues and can result in condensation of the gases into pyrolysis oils and tars which then build up relatively quickly on equipment, in piping, and on process monitoring instrumentation. Formation of these pyrolysis oils and tars not only creates a dangerous environment, but it also disrupts operations requiring frequent shutdowns for cleaning. Even minor leaks of concentrated torrefaction gases create an unacceptable workplace environment and safety hazard.

In addition, torrefaction gases continue to diffuse from the solids upon exiting the reactor. This situation can create both environmental and safety issues. And finally, torrefaction involves heating biomass to well beyond its auto-ignition temperature. If the torrefied biomass is exposed to air prior to cooldown, it will burst into flames, potentially causing catastrophic loss.

In all cases, process interruptions can and often do occur. A commercially viable process must be capable of operating 24/7 without interruption for months at a time. Achieving uninterrupted operations without effective handling of the torrefaction gases is not possible.

A secondary benefit of this ‘purge and dilution’ strategy is a dramatic reduction in the possibility that the volatile gases will condense onto the surface of the torrefied solids at the point in the process where the solids are about to exit the reactor. Condensation onto torrefied biomass has been observed by multiple technology developers and is detrimental to product quality and environmental compliance downstream of the reactor.

The need for a large and continuously available quantity of inert gas begs the question, “where does it come from?” Purchasing or generating (and heating) that much inert gas is likely to be cost prohibitive. Thus, an alternative approach is necessary. The solution is a torrefaction gas handling system that uses an oxidation catalyst instead of a thermal oxidizer.

Oxidation catalysts have a long and successful history of use in industrial and environmental applications. They very effectively oxidize a wide range of volatile organic compounds such as those contained in the torrefaction gases, and in the process can create a large volume of hot, essentially inert flue gas as a no-cost byproduct of the oxidation. Use of this free inert gas throughout the torrefaction system will address and resolve the process stability, system reliability, and safety issues currently preventing commercial-scale torrefaction.