Features Pellets
Wood pellet co-firing to resume in the Netherlands

Feb. 7, 2018 - According to Argus Biomass Markets, Germany's RWE expects to start co-firing biomass at its 600 MW coal-fired plant in the Netherlands by the end of this month. Argus reports that RWE plans to co-fire 50pc biomass at Amer 9, which will consume around 900,000 t/yr, and that further work will be carried out to increase co-firing to 80pc in the coming years. 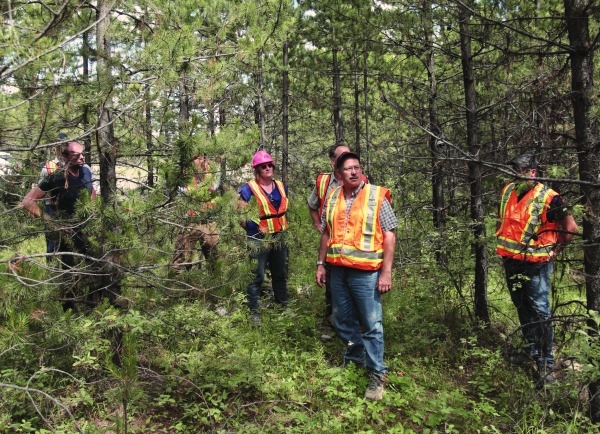 WPAC hosted a trip to B.C. for Dutch government officials to demonstrate the sustainability of Canada’s wood pellet supply chain in 2016.

This is very good news for Canadian wood pellet exporters, who will be among the first to ship to this plant.

Like many other affected stakeholders, the Wood Pellet Association of Canada (WPAC) has been participating in the Dutch biomass co-firing debate since 2014. WPAC has made repeated trips to the Netherlands to meet with the Dutch government, NGO’s, and electrical utilities. In 2016, WPAC also hosted a trip to B.C. for Dutch government officials to demonstrate the sustainability of Canada’s wood pellet supply chain.

Although the Government of the Netherlands (GNL) quickly replaced MEP with a new support scheme known as Stimulering Duurzame Energieproductie or SDE+, biomass co-firing remained stalled over sustainability concerns. While all parties have been able to agree on sustainability criteria, the Dutch authorities began working on verification procedures in early 2016 and are still evaluating which certification programs they will accept as evidence of sustainability. Canada’s SFI and CSA forest certification programs are being accepted on a provisional basis.