Feb. 9, 2015 - In 2015, European demand for Canadian wood pellets will remain strong for both the utility and heat markets while new markets open up in Asia. Canadian wood pellets are produced from waste products and are primarily sourced from certified forests, making them a premium pellet on the world market even as the weakening Canadian dollar makes them more affordable. 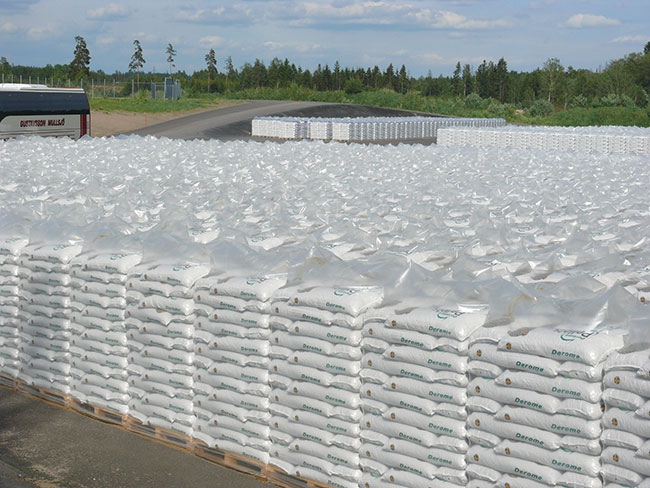 The low oil prices are dragging energy stocks down but the wood pellet industry will continue to grow because pellet demand is tied to regulations, sustainable energy policies and long-term contracts rather than being subject to the volatility of oil and gas prices. As such, pellet production in Canada will be steady through 2015 with an uptick in exports coming from Ontario as Rentech comes online at its Atikokan and Wawa pellet plants.

Pellet production in Canada
In 2015, there will be a substantial increase in pellet shipments from Rentech out of the Port of Quebec. If the company is able to ramp up into full production in Atikokan and Wawa this year, the number of pellets exported from Ontario through Quebec will swell.

Rentech, however, is still relatively new to the industry and any new plants are bound to have a few hurdles to cross in the first year of production, explains Gordon Murray, executive director of the Wood Pellet Association of Canada. “You design a plant to run at a certain capacity but you never actually get to the designed capacity in the first year. They’re new in the business, it’s a new plant, new location and there aren’t many other plants around for them to share information with.”

Seth Walker, a bioenergy economist with RISI, is watching developments in Ontario and neighbouring provinces with interest. He sees plenty of potential for amalgamation now that the infrastructure is in place to ship pellets from the Port of Quebec.

“What happens to the smaller and midsize producers all over Eastern Canada that aren’t necessarily close to any markets and don’t have any long-term contracts? Do they somehow benefit from all this? That still remains to be seen,” says Walker. “I think that once Rentech gets all their operations running smoothly, they’re going to see that they have a good opportunity to aggregate from other producers in Eastern Canada and ship out of their facility in Quebec. But I think it’s going to take a bit of time.”

While there wasn’t much growth in 2014 in B.C. (production was flat around 1.7 million tonnes according to Walker’s data), a number of new projects have been planned. Tolko and Pinnacle recently announced that they would begin construction on their project in Lavington, TimberWest is considering adding a pellet plant to pelletize their residuals from their logging operations on Vancouver Island and Canfor and Pacific Bioenergy have plans for two pellet mills together in northern B.C. But Murray doesn’t expect production at these plants to begin until 2016.

Hot spots in Europe
The European commitment to wood pellets is strong and the United Kingdom is the world leader in wood pellet consumption. It will continue to import vast amounts of pellets as Drax, the power station in North England that has been converting from coal to wood pellets, continues to secure new contracts.

“It’s all Drax that’s sucking everything up for the next two years or so until they finish the next version,” explains Seth Walker. Drax’s second unit has been doing enhanced cofiring (which means it was burning a mix of 85 per cent wood pellets and 15 per cent coal) until the end of 2014. It plans to convert the third of its six generating units by the end of 2016.

Walker notes that the ramp up is slow because of the enormous volume of pellets the company requires. “It’s really not the technical constraint of converting the boiler, it’s getting all the infrastructure in place to be able to get seven million tonnes of pellets to one power plant.”

Drax was unable to secure a contract for difference (CFD) for its third conversion but Walker doesn’t expect that will put an end to the project. “Their argument in court was that they needed the contract for difference not to make the unit make financial sense for them but to make it easier and more bankable to sign contracts to encourage developers.”

The loss will set the project back but the issues should be resolved in time. The company has also announced that it is considering converting another unit to biomass. “I’m pretty skeptical about a fourth unit from them but we’ll see,” Walker adds. New legislation will come into effect in 2018 that will limit large conversions in the U.K. but projects that are currently underway will not be impacted.

Denmark, on the other hand, is looking to increase its use of wood pellets in the aim of phasing out coal by 2025 with several coal CHP stations targeted for conversion to biomass. Because these large plants have traditionally relied on imported coal, they are well positioned to receive more wood pellet imports.

The Netherlands’ use of renewable energy sources is low in comparison to other European countries. The Dutch want to grow their share of renewable energy use from four to 14 per cent by 2020. It plans to achieve this partially by cofiring pellets at large coal power plants but only if they come from sustainable forestry practices.

They have a committee working on the details of these regulations. “The U.S. is pushing hard against this because their certification levels are extremely low and they’re going to have a harder time meeting this than us,” Murray explains.

There is currently only one power plant that is set up to cofire wood pellets but once the regulations are established, the other utilities will determine whether or not to do conversions.

“While we would see it as a competitive advantage, the size of the total supply may be so small that the utilities decide not to go ahead with it,” Murray says. “It’s my worry that those boards may conclude that there is too much supply risk because the conditions are too onerous and all the U.S. supply is taken off the table.” This is a developing story that we’ll follow over the coming months.

A chill in the heating market
While the industrial wood pellet market won’t be impacted by the volatility in oil prices, the heating market will react as oil becomes cheaper than pellets around the world. While homeowners won’t switch back to heating oil from pellets, cheap oil may remove the incentive for those considering a pellet stove. This will inhibit domestic growth over the short term. Last year, around 150,000 tonnes were used domestically, while 180,000 tonnes of Canadian pellets were sold into the U.S.

Walker says he will be watching how the markets develop in Europe, however, where the falling euro is making American products more expensive for European consumers. “You’ve got record low heating prices so it’s going to be interesting to see how that effects demand over the next year or two for the heating market in Europe.” Walker explains that Italy was the second biggest market for Canadian producers last year.

Trade into Asia
In March 2014, the government of Flanders, in Belgium, cut off the subsidies it had issued for electricity generated from imported wood pellets from Electrabel for its Max Green Rodenhuize biomass power plant in Ghent. The company shut down the power plant until a new agreement was reached in August. Electrabel, a subsidiary of GDF Suez, had some long-term contracts with Canadian pellet producers that were FOB Vancouver. It was able to trade these pellets into the Korean market on a tender basis because its facility did not need the pellets.

“They got lucky in that they found a fairly convenient customer for those pellets because Korea was ramping up at the right time when they had extra pellets available on the West coast,” Walker said. “A lot of the trade that’s happened (a couple hundred thousand tonnes probably this year going from Vancouver to Korea) is not negotiated by Canadian producers, it’s negotiated by European utilities that still have these long-term contracts.”

South Korea implemented a Renewable Portfolio Standard in 2012 with renewable energy taking up two per cent of the country’s energy mix. Over the next 10 to 15 years, the country plans to increase the portion of renewable energy it uses to ten per cent. This has initiated rapid growth in this market – a year over year increase of 519 per cent and Canada has provided a significant source for this growth.

The challenge faced by Canadian companies in this market is the South Korean tender system that prioritizes price over quality. An additional challenge is that North American pellet producers are looking for stability through long-term contracts. Walker predicts that European utilities with long-term contracts with B.C. pellet producers will continue to facilitate trade between Canada and the growing Korean market.

The Wood Pellet Association of Canada is trying to make it easier for Canadian pellet producers do sell directly into Korea. It will participate in a trade mission to Korea in February in the hopes of opening up a dialogue.

“Mr. Ed Fast, the minister of international trade, is going over and we’re hopeful that he might help us with that issue because he’s going to be meeting with his counterparts in Korea and we’ll have some of our members on that trip,” Murray explains.

Though trade into the South Korean market does not provide long-term stability, trade into the Japanese market is well established for Canadian producers. Japan has introduced feed-in tariffs for renewable energy and the majority of its wood pellet imports are already from B.C. There is significant potential for increased co-firing as the country aims to reduce its dependence on coal. And while South Korea is not focused on sustainability, Japan is increasingly focused on sustainable pellet sources.

A cheap loonie is making Canadian wood pellets affordable, while sustainable forestry practices make them desirable. Together, it adds up to good news for pellet producers across the country.