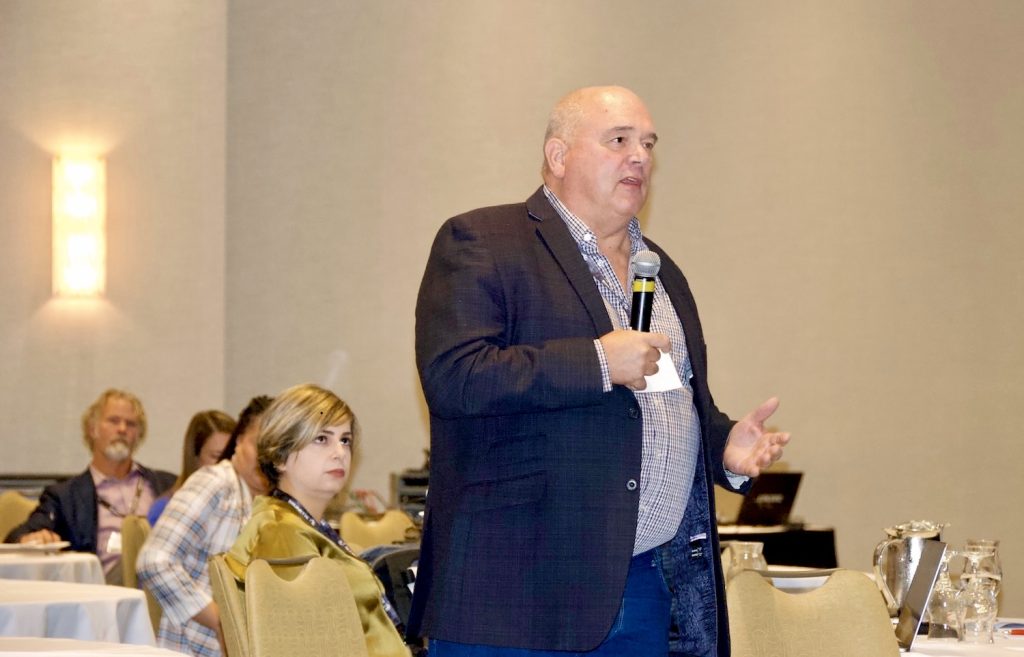 Canada’s wood pellet industry covered a lot of ground at their first in-person gathering in years. Around 200 industry insiders gathered for the Wood Pellet Association of Canada (WPAC) conference in Vancouver in late September to discuss the state of bioenergy and its future potential.

WPAC president Vaughan Bassett, a senior vice-president for Drax, welcomed attendees with a summary of the association’s activities over the pandemic years. Membership grew despite the supply chain disruptions and communication challenges. The association’s leadership, led by executive director Gordon Murray, made strides in the government relations and policy fronts, safety, domestic outreach, and marketing.

“We are constantly working to live up to our motto of enabling responsible, renewable, clean energy,” Bassett said.

Both federal and B.C. provincial governments took the stage to address the industry and layout their policy priorities.

Monique Frison, the director general of Trade, Economics and Industry branch of the Canadian Forest Service, summarized the federal outlook on Canada’s forest landscape and the role of bioenergy. “Biomass and pellet companies play a very clear role using the material that 20 to 30 years ago was a waste product,” she said.

Frison highlighted that competition for fibre residuals is a clear challenge for the industry, but that opportunities abound in terms of the global energy transition, Indigenous partnerships, and sustainable solutions for remote communities.

The Canadian Forest Service conducts an internal pellet mill survey, she said, encouraging producers to reach out for a link to participate. 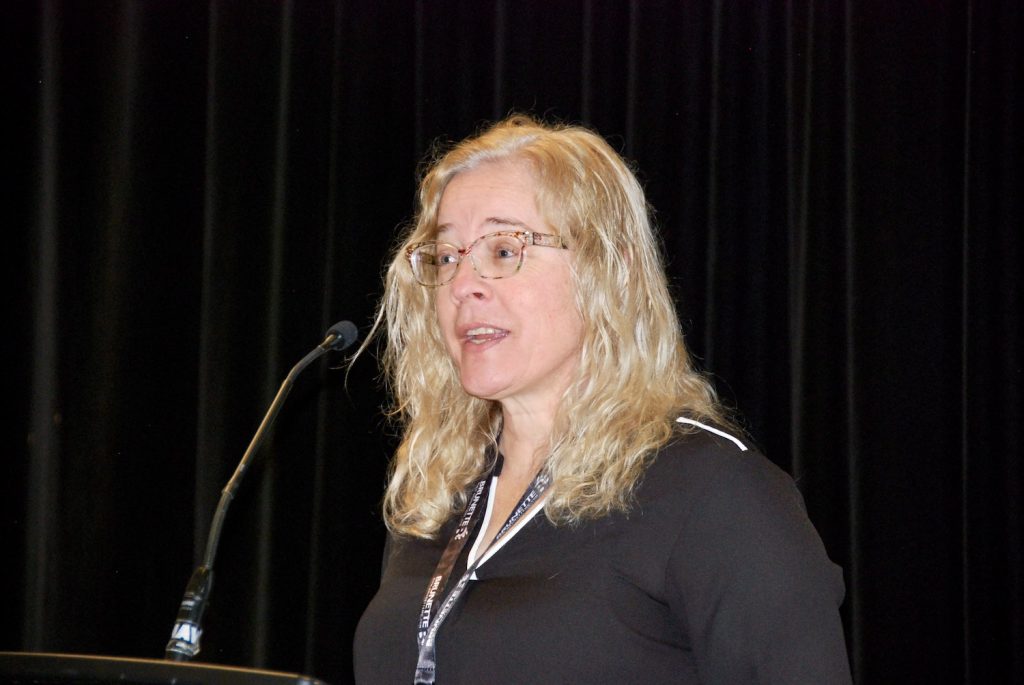 Julie MacDougall, B.C. Ministry of Forests’ executive director of strategic initiatives, outlined pathways to advancing the province’s bioeconomy in the context of declining annual allowable cut (AAC) – a growing challenge for the entire B.C. forest industry. As we’ve heard from government before, the solution they see is in shifting the forest sector from high volume to high value.

MacDougall said their figures estimate four to six million megatons of greenhouse gas (GHG) emissions are lost to slash pile burning in the province. Pellets are among the opportunities to further utilize slash pile residuals, especially in indigenous communities where they can convert to wood energy, she said.

Bioproducts are another area of focus for the province, she said, highlighting project examples including FPInnovations’ testing of lignin-containing asphalt and the University of British Columbia’s research on bio-fabric made from softwood kraft pulp. Pellets can address challenges with the transportation and processing of harvest residuals, and the creation of a standardized feedstock, to make these projects sustainable, MacDougall said.

“Now is the time for B.C. to lead in the bioproducts sector,” she said. 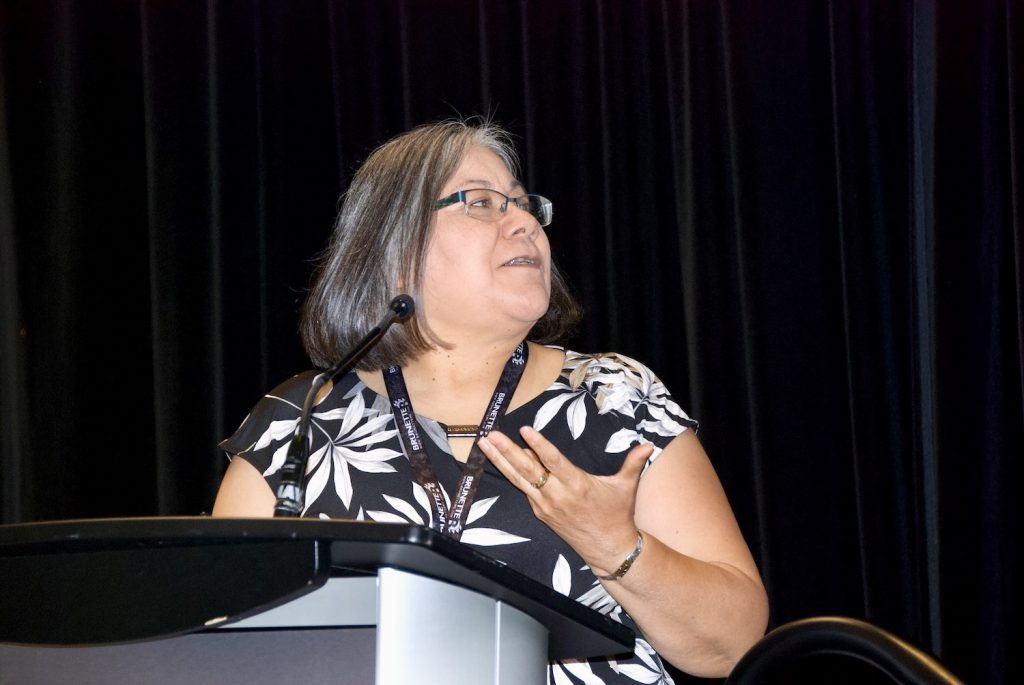 Diane Collins, general manager with the Kitsumkalum Economic Development Group, spoke first and outlined the Indigenous values that centre their development in the forest industry:

The Nation developed a logistic park as a space to merge the Nation’s values with efficiency, Collins said, the best example of which is in their partnership with Skeena. “That’s the space where reconciliation really begins,” she said.

Skeena president Roger Keery said they work with more than 20 First Nations, most of which have active forestry operations. “Each group is different and has different objectives and are at different stages of their negotiations with government,” he said.

Their sawmill and pellet plant are located within the town limits of Terrace, B.C. Community support is a critical cog in their business wheel. “The community and company succeed or fail together,” he said. Every business decision they make must balance their financial success with the priorities of the community. 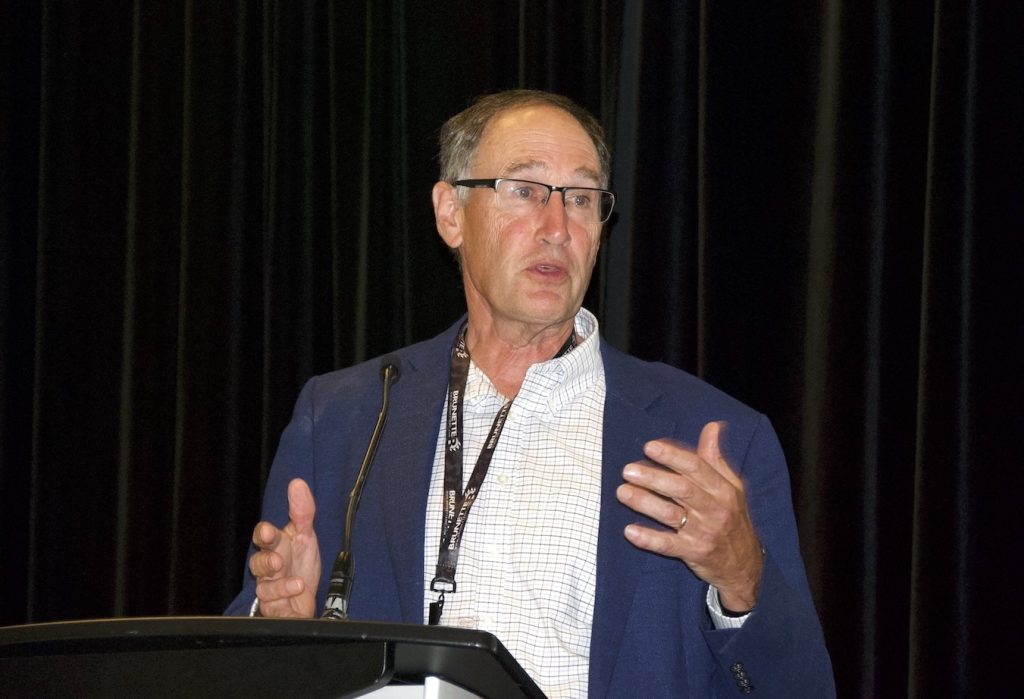 Focus turned next to Atlantic Canada communities with presentations from Jonathan Levesque from Biomass Solutions Biomasse (BSB) – a division of Groupe Savoie in New Brunswick that supplies biomass boilers – and Paula Cook, a senior energy engineer with the Government of Nova Scotia.

Both addressed provincial policy developments to support bioenergy in their provinces. Cook outlined a study she led in Nova Scotia to understand the emission reductions and cost comparisons of various heating options for replacing oil boilers in public buildings. Read about the study here.

Based on the study’s conclusions, Cook said, “wood heat is an excellent scenario, especially when we have aging assets.”

The next three presentations fell under the session title of “Setting the record straight.”

Senior communications consultant Karen Brandt, who has been working closely with WPAC to share key messages for the wood pellet industry, outlined ways companies can help share their brand message. One tip: “Don’t get stuck on the hamster wheel,” Brandt said. In other words, don’t spend the majority of your effort correcting misinformation. Instead, she said, focus on doing the right things and “walking the talk.”

Brandt took the opportunity to officially introduce the audience to a study WPAC commissioned and released on feedstocks used by the pellet industry in B.C. The study authors found 100 per cent of wood pellets made in B.C. come from mill residuals, bush grind and low-quality roundwood. Find more about that study here.

Tsi Del Del Biomass formed in 2018 to focus on biomass and hog fuel recovery from their logging operations in order to use all of the fibre they were harvesting for solid wood products. Nearly one million cubic metres of fibre has been recovered for biomass purposes since the company formed – diverting what would have been burned in slash piles to products such as pellets or hog fuel for Atlantic Power.

Theriault made the point that without favourable biomass policy in B.C., larger forest product companies may choose to invest in other areas of North America, but First Nations cannot. They need support for their activities that enable the full use of their resources.

Tsi Del Del partners frequently with the Forest Enhancement Society of B.C. (FESBC) to move biomass projects forward. Executive director Steve Kozuki explained that the organization’s early focus on social license led to their success as an active advocate and storyteller for the biomass industry.

Since being formed in 2016, FESBC has funded 263 projects to the tune of $238 million. Many of these projects supported First Nations companies like Tsi Del Del.

“It can be quite transformational when they become the leader in a project,” Kozuki said. He shared an example of a wildfire reduction project in which the community’s priority was to thin a section of forest that would allow for reintroduction of native berry plants for berry picking.

Strauss focussed on carbon accounting in the biomass power sector, noting that if sourced from harvest residuals of sustainably managed forests and mill residuals, wood pellets are carbon neutral in combustion, minus the carbon emitted during production/transportation, as with any fuel. A necessary condition of this is that the annual harvest rate across the managed forest landscape must be less than or equal to the annual growth rate.

Ann Burton, Drax’s new build BECCS projects international lead, outlined an even more optimistic future for the pellet industry’s carbon footprint: bioenergy carbon capture and sequestration, or BECCS. The technology would see Drax capture and store underground the CO2 produced from the generation of electricity from biomass. The result would be the removal of carbon from the atmosphere. 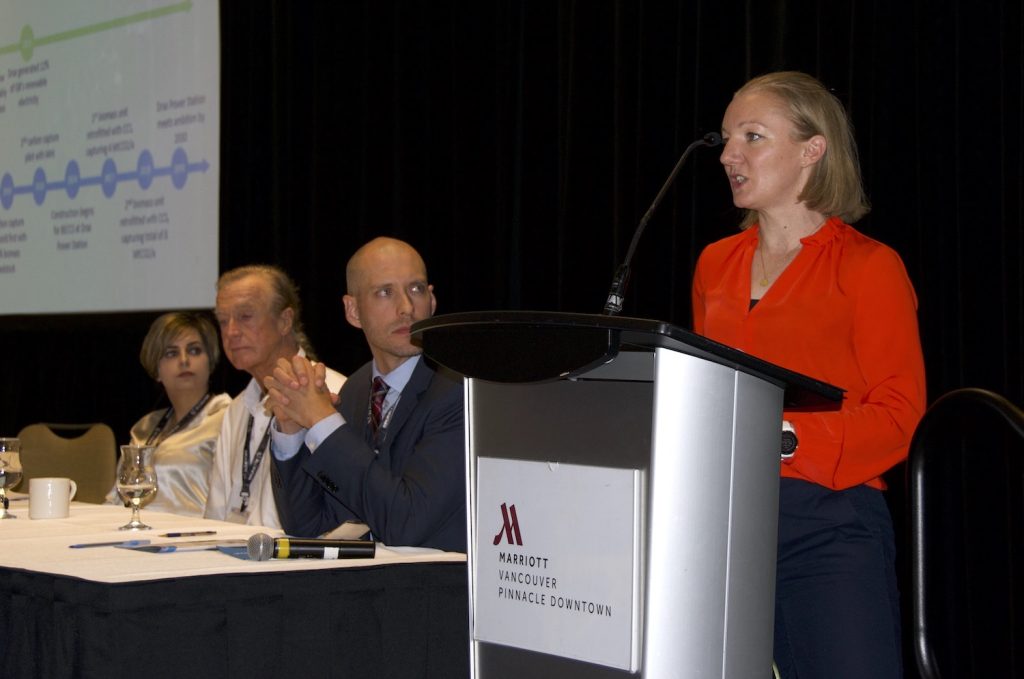 Drax is pioneering the technology and aims to be commissioning their first plant in 2028, to create the world’s first carbon removal power station by 2030. The international potential of the technology could see the decarbonization of local energy grids.

Yazdan Pannah noted there is no silver bullet to reduce emissions, but that liquid and gaseous biofuel pathways are short- to mid-term solutions to bring the marine sector closer to its targets.

Day 2 of WPAC was all about safety, with five speakers taking to the stage to outline best practices and ongoing projects to enhance the safety of pellet operations across Canada.

WPAC members take part in monthly safety meetings to check in on research developments and lessons learned. Bill Laturnus, a senior safety advisor with the BC Forest Safety Council, said members should consider themselves lucky to have access to these meetings.

“I really don’t think another industry has anything like that,” he said. Referring to his work with the pellet industry to implement a safety process called bowtie analysis and critical control management, he said the safety meetings, “set the stage to have the commitment and support from industry before we started the process.”

Fike Canada’s Jeff Mycroft summarized the findings from WPAC’s Belt Dryer Working Group, urging producers who operate or are considering purchasing a belt dryer to read their document to help inform their decisions. The study tackles safety issues and hazards related to direct heated dryers, Mycroft said, but the takeaways are applicable to most dryers used in the wood processing industry.

Kayleigh Rayner-Brown, principal with Obex Risk, shared her work advancing process safety management (PSM) in pellet plants in partnership with WPAC, Dalhousie University, the BC Forest Safety Council and Dust Safety Science. Her conclusions found that “explicit and effective” integration of PSM in wood pellet plants can help in prevention and mitigation of loss of control incidents.

Mike Tasker, occupational safety officer with WorkSafeBC, outlined the role his organization took on to implement bowtie analysis in the pellet industry with partners like the BC Forest Safety Council. Initial momentum was slow but, he said, but companies have since made significant capital investments to improve processes and lower risk.

Responding to questions from the audience about facing down well-funded and organized ENGOs, Palmer said the fibre study is a significant stand to address a major point in their criticisms. “Your industry, though small, is not alone,” Palmer said, referring to the strides made across the forest industry to address social license.

Stay tuned for news of WPAC’s 2023 conference dates on www.pellet.org.