Dec. 9, 2016 - On November 21, Canada’s environment minister Catherine McKenna announced the country’s plan to virtually eliminate the use of traditional coal-fired electricity by 2030. However, Ottawa recognizes that provinces need flexibility and is willing to negotiate agreements that would allow some plants to stay open so long as equivalent emission reductions are achieved elsewhere. The federal government has agreed to negotiate a deal with Nova Scotia that will allow the province to burn some coal after 2030 in high-demand winter months, while it achieves deep emissions reductions in its electricity sector. 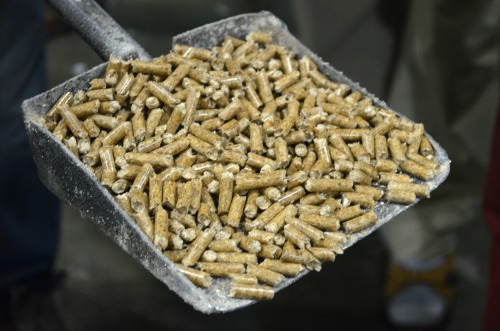 The western province of Alberta has already announced its plan to shut down coal-fired power plants by 2030, but a federal regulation would prevent a future provincial government from relaxing those rules. Saskatchewan and New Brunswick each have units that were expected to remain in operation until 2040 but are now expected to come off line ten years sooner.

This presents a significant opportunity to convince provincial governments and power utilities to convert coal power units to wood pellets. While WPAC has already been active in Alberta, Saskatchewan, New Brunswick, and Nova Scotia also have coal power units that will be affected.

As part of our communications plan, WPAC is partnering with IEA Bioenergy Task 32 in planning our 2017 annual conference to be held in Ottawa on September 19-20. The first conference day will focus on biomass co-firing and dedicated firing. We plan to invite regulators and power utilities from across Canada to join us.

Since November 2015, when the Government of Alberta announced its plan to phase out coal WPAC has been closely monitoring the situation in that province. Together with Canadian Biomass Magazine and the University of British Columbia we produced a biomass co-firing workshop in Edmonton in May 2016. In October WPAC participated in “The Energy Roundtable” in Calgary on October 11. WPAC member Bill Strauss represented the association on a panel discussion where he spoke about the benefits of using wood pellets to replace coal. Approximately 250 senior energy industry and government personnel attended.

In early November, the Government of Alberta announced that the province will add 5,000 megawatts of renewable energy capacity by 2030 through the Renewable Electricity Program (REP) , run by the Alberta Electric System Operator (AESO). To meet this firm target, investment in Alberta’s electricity system will be solicited through a competitive and transparent bidding process, while ensuring projects come online in a way that does not impact grid reliability and is delivered at the lowest possible cost to consumers. The REP looks very similar to the UK’s Contract for Difference mechanism that facilitated the biomass conversion of Drax Power. The government will also follow the UK’s lead in establishing a capacity market whereby generators receive two revenue streams: Generators receive two revenue streams: (1) payments for electricity sold, and (2) capacity payments, which are paid to the generator for making generation capacity available on demand.

There has also been some negative news. The Government of Alberta’s coal phase out facilitator – Terry Boston – submitted his report in which he recommended that the government pay compensation to owners of coal power stations for closing undepreciated power units by 2030. The government has reached compensation agreements with Atco, Capital Power, and Trans-Alta. WPAC has been arguing that the government could avoid paying compensation if it supported converting the affected power units to burn biomass. Moreover, Boston has recommended that the affected power units be converted to natural gas and he made no mention of biomass. Clearly WPAC has more work to do in Alberta.

During the week of November 7, WPAC executive director Gordon Murray and marketing director John Arsenault had a series of meetings in Ottawa with officials within Natural Resources Canada (NRCAN), Global Affairs Canada (GA), and at CANMET. Discussions with NRCAN focused on: (1) positioning wood pellets as the government continues to develop its climate policy, (2) continuing financial support under the Expanding Market Opportunities Program, and (3) pellet industry status update. Discussions at CANMET focused on wood pellet power generation. With GA, we discussed GA’s role in assisting WPAC with the market situations in the Netherlands and Japan.

WPAC sponsored and participated in the Canada-Europe Energy Summit held at Canada House in London on November 22. This was a high-level event included presentations from Janice Charette, Canadian High ComissionerBrian Gallant, Premier of New Brunswick and Baroness Neville Rolfe, the UK’s Minister of State for Energy and Intellectual Property.

WPAC’s objective was to raise awareness of the benefits of using wood pellets as a coal replacement for power generation amongst senior energy industry and government leaders. Attendees showed a distressing lack of awareness about the many coal-to-biomass conversions that have taken place in the UK, the rest of Europe, Asia, and Canada.

The purpose of this year’s conference was supposed to be to examine the policies, technologies and energy mix that will diversify energy production, meet energy security needs and climate change commitments whilst stimulating economic growth. Premier Brian Gallant of New Brunswick spoke, but did not mention renewable energy. Instead he focused on the importance of building the Energy East oil pipeline so that Alberta oil could be exported through his province. Baroness Neville Rolfe, the UK’s Minister of State for Energy and Intellectual Property emphasized the need for nuclear energy and carbon capture and storage. When asked about the possibility of additional coal-to-biomass conversions in the UK, she was vague in her response.

Gordon Murray participated in a panel discussion regarding diversifying Canada’s energy exports and how to ensure a diverse energy mix in the UK and continental Europe and was the only speaker to promote bioenergy.

For the past several years, WPAC has participated with USIPA, Drax, and others in the UK Back Biomass Campaign. It has been our practice to work with public relations firms like Edelman and Hanover as we have communicated with the UK government and with activist NGO’s.

We, the campaign members, have now changed our strategy and instead of employing a communication firm have decided to advocate through the UK Renewable Energy Association. We have formed a Biomass Power Group within the REA. WPAC, Drax, and USIPA have joined the REA. Matt Willey, communications director for Drax has been elected as the chair of the REA’s Biomass Power Group. Gordon Murray of WPAC has joined the steering group, along with representatives of USIPA, Estover Energy, Orthios, Eco2UK, and MGT Power. Our objective continues to be to promote biomass power generation in the UK, to advocate to government and NGOs, and to pursue opportunities for more coal-to-biomass power conversions.

People who are involved in the wood pellet industry know that the risk of adverse microbial activity from wood pellets is minimal since fibre is subject to high temperatures during the manufacturing process. Nevertheless, wood pellets have never been definitely classified as being free of phytosanitary risk. Fortunately, so far this has not been a limitation to international wood pellet trade. However, from time to time we receive inquiries from importing countries regarding the phytosanitary characteristics of wood pellets. Thus, as a preemptive measure, WPAC’s research director is presently conducting a phytosanitary study of wood pellets. Our objective is to present a report to the Canadian Food Inspection Agency that will convince them to intended to give Canadian pellets an exempt status from any potential claim by importing countries to have to present a phytosanitary certification (free from injurious pest or pathogens), or as a minimum to provide a solid argument for obtaining necessary certificate from Canadian Food Inspection Agency (CFIA) if needed without having to go through a costly and potentially time consuming certification process.