June 19, 2017 - Scientists, engineers and inventors are putting great effort towards developing advanced lignocellulosic biofuels in Canada. Some examples include cellulosic ethanol, biodiesel, and synthetic natural gas. It is interesting to consider how this might impact the wood pellet industry. 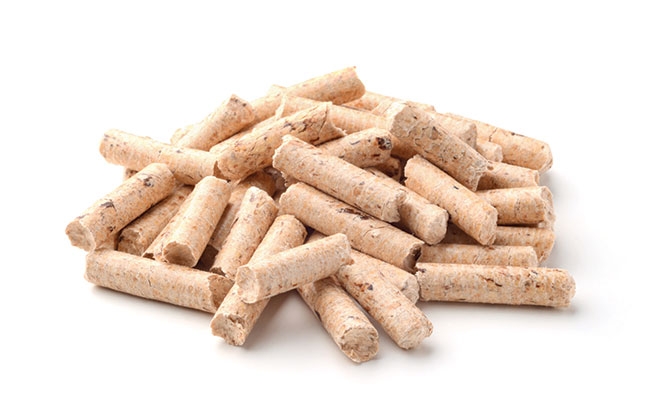 First-generation biofuels like ethanol and biodiesel are made from food crops. Ethanol is typically made from sugar cane, corn or wheat. The manufacturing processes are fairly straightforward. In the case of sugar cane, the cane is milled, the sugar juice is fermented and then distilled into ethanol. Making ethanol from corn and wheat is only slightly more complicated. Corn and wheat are milled into starch, which is then liquefied and cooked with enzymes that convert the starch to sugar. Then the sugar is fermented and distilled into ethanol. Biodiesel is another first-generation biofuel. In Canada, biodiesel is typically made from canola; again, a food crop. Canola oil is converted to biodiesel by a process known as transesterification, which is the reaction of a triglyceride (fat/oil) with an alcohol to form esters and glycerol.

There are serious disadvantages to first generation biofuels: only a small part of the plant is used to make fuel – i.e. the sugar, starch or oil – while the rest is wasted; using food crops to make fuels is controversial; the greenhouse gas savings are insufficient; and there isn’t enough arable land to produce a sufficient volume of first-generation biofuels to make a meaningful impact on displacing fossil gasoline and diesel consumption. This is what has prompted the development of second generation or advanced biofuels. Advanced biofuels are produced using non-food feedstocks. The entire plant is used rather than just the sugars, starches, and oils. Advanced biofuels are typically more sustainable than first-generation biofuels and yield greater greenhouse gas benefits.

The chemistry related to converting lignocellulosic feedstocks into biofuels is well understood. However, the engineering processes required to affect the conversions are still being developed and are not expected to be widely commercialized before 2020. Generally speaking, lignocellulosic biofuels are made using biochemical or thermochemical conversion processes. Biochemical conversion is used to make cellulosic ethanol. This process is much more difficult than the first-generation processes of converting starches and sugars. With lignocellulosic feedstocks, the plant cell walls are composed of complex polymers, which must undergo a first stage of acid hydrolysis, then separation of liquids and solids, and a second stage of acid hydrolysis before the fermentation and distillation of sugars into ethanol. This complexity will add significant cost over first generation ethanol production.

Thermochemical processes include pyrolysis and gasification. The main product of pyrolysis is bio-oil, which can be refined into transportation fuels and other
chemicals. Unfortunately, bio-oil is acidic, has high water content, and is unstable. Engineering processes to cope with these challenges and to purify bio-oil are still being developed. The main product of gasification is syngas, which can be refined into ammonia, methanol, synthetic natural gas, other chemical outputs, and even jet fuel. The processes to produce biofuels through gasification are also still under development. Thus, it is unlikely that second-generation biofuels will be widely deployed before 2030.

Wood pellets would be a highly desirable feedstock for lignocellulosic biofuels. Compared to other feedstock options, wood pellets are homogenous; they are low in ash, moisture, chlorine and nitrogen. They are widely available. They are easily transportable and a dependable wood pellet supply chain exists. If biofuel developers choose to use forestry residues rather than wood pellets as feedstock, then significant cost will be added to carry out much of the necessary pre-treatment that has already been accomplished though the wood pellet production process.

However, lignocellulosic biofuels will ultimately have to compete for market share with first-generation biofuels, and indeed fossil fuels. While lignocellulosic biofuels will have superior GHG and sustainability credentials, they will still need to be reasonably cost competitive. Yet they will be more expensive to produce. This means that there will be enormous pressure to minimize feedstock costs, so wood pellets might prove to be too expensive. On the other hand, it is not likely that biofuels will be able to compete with wood pellets for access to forestry residues.

Presently, unlike the lignocellulosic biofuel industry, which does not yet exist, the wood pellet industry is profitable. About 30 million tonnes of wood pellets are consumed annually for heat and power around the world. Annual consumption is continuing to grow at a rate of about 15 per cent annual production. It seems unlikely that we will see lignocellulosic biofuels as competition for wood pellets in the foreseeable future.

Related
Why certify? The case for wood pellet certification
Fibre security
Editorial: The post-Brexit era
How to stop a pellet plant explosion