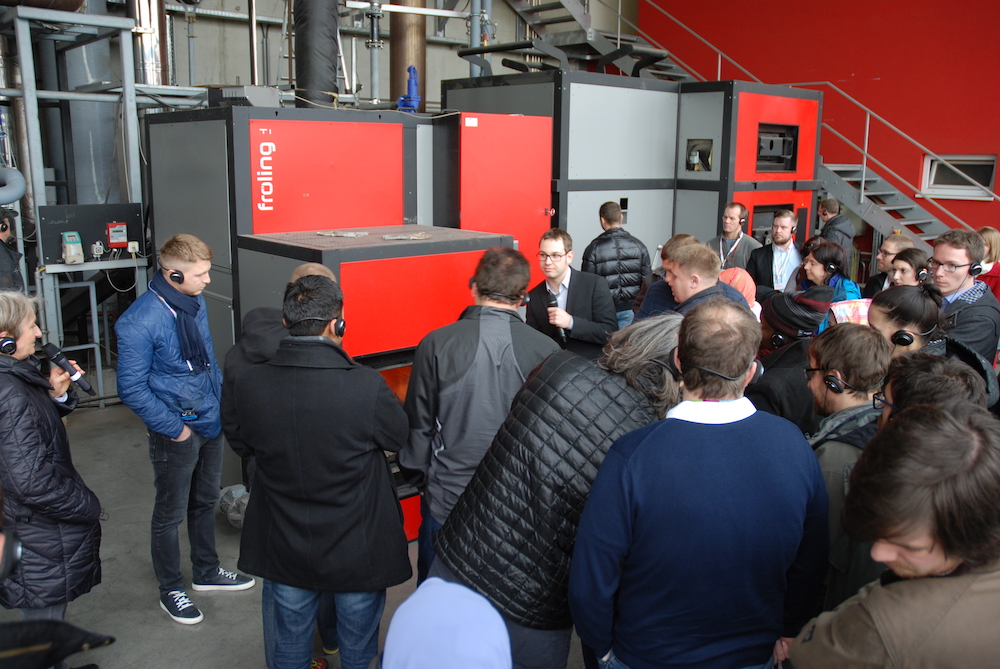 There has been a lot of activity surrounding the Wood Pellet Association of Canada (WPAC) Pellet Boiler Certification Project since our recent publication about growing the domestic pellet heating market.

On April 23, a group representing pellet industry leaders met in Toronto with the project managers and technical directors of three CSA (Canadian Standard Association) standards: CSA B51 (pressure vessels), CSA B366 (safety), and CSA B415 (efficiency and emissions). The meetings were cordial and productive. As immediate results of the meetings, Dutch Dresser joined a sub-committee of CSA B51, and BSB (Biomass Solutions Biomasse) filed a request for change to CSA B366 regarding testing for biomass furnaces of greater than 1,000,000 BTU/hr output.

CSA Group is very aware of the goals and justification for our project to change imported pellet boiler certification standards and was co-operative during meetings. It must be understood that standard development and modification processes are consensus based involving many stakeholders and significant time.

During a February trip to Austria, WPAC representatives recruited support from boiler manufacturers and related associations for our project. The immediate response from that recruitment effort has been an initial meeting between the executive director of the Austrian Boiler Manufacturers’ Association and representatives of DG GROW. DG GROW can make a request for placement of an article on the agenda of the CETA Regulatory Committee. The initial meeting reportedly went well, so material has been provided for a follow-up meeting to be held this month. Placement of our issue on the Regulatory Committee agenda for late this year would be very significant.

During that same trip, we had meetings with the presidents of several large pellet boiler manufacturing companies and received support from each.

In addition to this effort, we have received word from the executive director of two relevant manufacturers’ associations in Germany that his groups would join this effort by supporting with participation and with funds.

Further, we have received inquiries from the executive director of ProPellets, the Austrian pellet industry association, who is also the president of the European Pellet Council. He is interested in our project and we expect will be supportive.

Conversations are on-going with representatives of the Research Institutes of Sweden (RISE) about our efforts. RISE has interests similar to ours. Technical representatives of RISE have been particularly helpful in discussions about standards.

Through inquiries initiated by Gordon Murray, we have had communications with a senior trade policy officer at Global Affairs Canada, and a senior trade policy advisor at Natural Resources Canada, who are now aware of our project and its goals. The officer at Global Affairs Canada agreed to get involved in our case if concerns were raised from the EU. Current meetings in Europe are centered on raising that concern formally.

In summary, WPAC is laying the groundwork for the hard work to follow. These early stages have gone very well. Convincing chief boiler inspectors and other authorities having jurisdiction across Canada that European standards serve public safety as well as the American-based standards with which they are fully familiar, will be the ultimate challenge.

Dr. Harry “Dutch” Dresser was the founding director of Maine Energy Systems, and is now a consultant in North America for the emerging biomass central heating industry.