August 31, 2015 - Not so long ago, the Netherlands was Canada’s largest wood pellet export market. But when the former MEP subsidy scheme expired, Dutch wood pellet co-firing ceased, as did wood pellet imports. Canadian producers have not shipped any meaningful volume to the Netherlands since 2011. Fortunately other markets have since flourished. Growth in the UK, Belgium, Italy, Korea, and Japan has been remarkable. 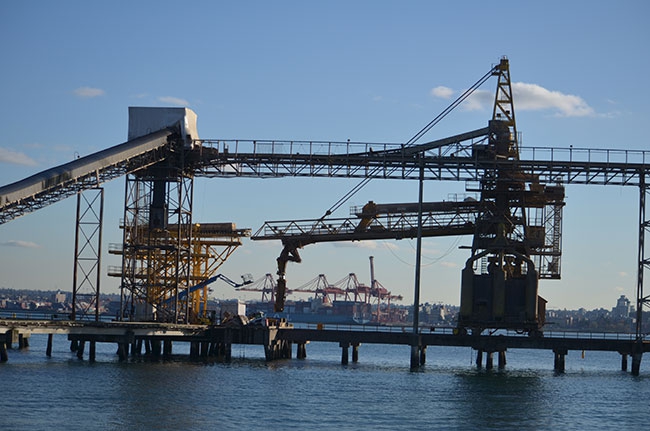 Challenges still remain Not so long ago

However, optimists now see new hope for the Netherlands pellet market. But with that hope comes challenges.

In 2013, the Dutch government, the energy sector, and environmental organizations negotiated a new Dutch Energy Accord which included the new Support Sustainable Energy Production (SDE+) program intended to subsidize up to 25 petajoules (PJ) of electricity annually (equivalent to 3.5 million tonnes of wood pellets). Energy companies can sign subsidy agreements within the period 2015 to 2023 and once signed, the agreements run for eight years for co-firing plant and twelve years for steam plants.

The Accord provided that biomass was to be subject to sustainability criteria that were to be negotiated by the energy sector and environmental organizations. The Dutch Social Economic Council (SER) led the negotiation. After intense negotiations the parties reached an agreement. The agreement consisted of a number of issues to be captured in a new SDE+ regulation and additional arrangements between the parties that are recorded in a separate covenant.

In late June, along with personnel from the Canadian embassy in The Hague (Khawar Nasim and Judith Baguley) and BC Forest Innovation Investment (Dave Patterson), I attended several meetings with the Dutch government and their energy sector. Our objectives were to try to gain a better understanding of the new Dutch wood pellet sustainability requirements for co-firing, to promote Canadian wood pellet sustainability, and to ensure that the Dutch market would be open to Canadian wood pellet imports.

The Dutch have now released a draft of their new SDE+ Regulation that sets out mandatory biomass sustainability criteria. Of particular relevance to Canada, wood pellets made from sawmill residues are not subject to sustainable forest management (SFM) criteria, but are subject to an evaluation of greenhouse gas balance, verification of legality and chain of custody. Pellets made from round wood are subject to SFM criteria, greenhouse gas balance, evaluations of carbon debt and indirect land use change, maintenance of soil quality, legality, and chain of custody.

Canadian pellet producers can easily comply with the sustainable forest management criteria set out in the SDE+ Regulation. Canada has among the most sustainably managed forests in the world, and pellet producers can verify the sustainability by using chain of custody certification. However, all is not as rosy as it might seem at first glance. Apart from the SDE+ Regulation, Dutch energy companies – Nuon, EON, GDF Suez, and Essent – signed a covenant with Dutch environmental organizations – Greenpeace, Netherlands Nature and Environment, WWF, Friends of the Earth, and Foundation for Nature and Environmental Federations – on May 18, 2015 regarding how biomass co-firing is to work in the Netherlands.

The Dutch government is doing its own assessment of forest certification schemes and has been adamant that FSC will not be the only accepted scheme. PEFC endorsed schemes and SBP will also be acceptable. However, Dutch environmental organizations are equally adamant that FSC should be the only acceptable certification scheme and appear to have stacked their expert committee with individuals biased in favour of FSC. The energy companies’ response to this apparent bias has been weak.

The new SDE+ subsidy system is intended to replace the MEP system and re-establish co-firing in the Netherlands. Unfortunately, protracted negotiations between Dutch energy companies and environmental organizations have delayed its implementation. Two energy companies applied for SDE+ co-firing subsidies in 2015 but were unsuccessful because the annual budget had been already taken up for wind energy projects. The next opportunity to apply won’t be until 2016.

This means that the earliest we could see any new co-firing in the Netherlands would be in late 2016 at Essent’s Amer 9 plant, which has already been converted for biomass. Nuon, EON, and GDF Suez all have biomass conversion projects in the pipeline, but no investment decisions will be take until the results of the 2016 round of SDE+ subsidy applications are known. If any of them are successful, they will have to complete their conversion projects within three years to retain the SDE+ subsidy. This means that the next wave of co-firing plants will not come on line until 2018 at the earliest.

So far, American pellet producers are telling us that the requirements for FSC or equivalent certification agreed to in the covenant may make it impossible for them to ship to the Netherlands. If this supply is not available, then the Dutch energy companies may conclude that there is too much supply risk to justify going ahead with biomass conversions at all, which would obviously result in eliminating the potential Dutch pellet market to Canada as well.

We will soon see how determined the Dutch government is to meet its obligations under the European Renewable Energy Directive and whether the new SDE+ subsidy scheme and regulation provide sufficient incentive for Dutch energy companies to begin co-firing once again. Only then will we know if the Netherlands will re-establish itself as a leading market for wood pellets.

Gordon Murray is executive director of the Wood Pellet Association of Canada. He encourages all those who want to support and benefit from the growth of the Canadian wood pellet industry to join. Gordon welcomes all comments and can be contacted by telephone at 250-837-8821 or by e-mail at gord@pellet.org.