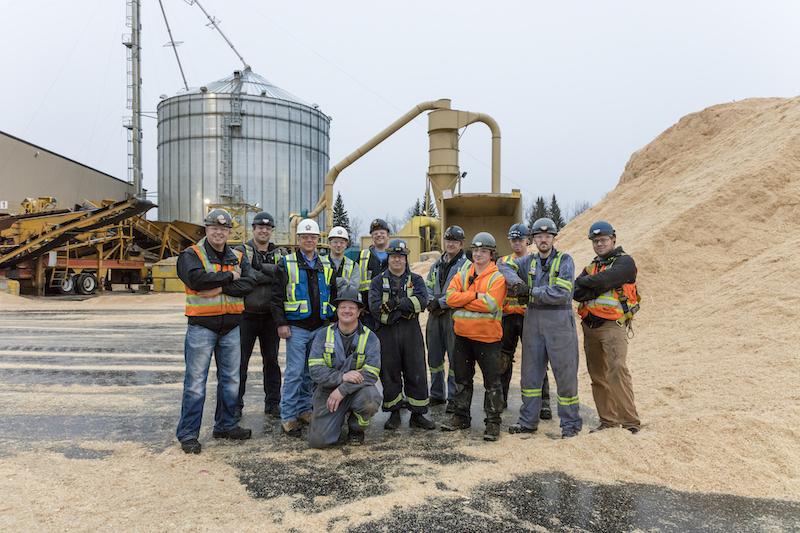 In 2018, the Government of British Columbia released its Clean Energy Plan, promising to create opportunities for all while protecting the province’s clean air, land and water. Remarkably, the plan gives almost no consideration of forest-based bioenergy. Nevertheless, the government did commit to renew the province’s bioenergy strategy, which now – two years later – it is working on. Alarmingly, the government is planning to exclude the use of solid biofuels for heat in B.C. The wood pellet industry is deeply troubled by this.

B.C. has developed a significant wood pellet industry that provides 2,500 direct and indirect jobs. The industry has played a critical role in reducing wildfire risk and improving air quality in the province. B.C. exports 99 per cent of its 2.5 million tonnes of wood pellet production to Europe and Asia so other countries can reduce fossil fuel use in building heating and power generation. In 2019, this fuel switching resulted in the reduction of approximately four million tonnes CO2e, which represents over six per cent of B.C.’s greenhouse gas (GHG) emissions.

B.C. also leads Canada in consumption of bioenergy, with combined heat and power (CHP) generation by B.C.’s forest products sector 50 per cent greater than the energy in all of Canada’s ethanol, biodiesel, renewable diesel, and renewable natural gas fuel production combined. Had the forest products sector used fossil fuels instead of wood residues for heat generation, B.C.’s GHG emissions would have been over 10 per cent greater.

We have urged government to reverse its exclusions of solid biofuels for heat in B.C. from the strategy in view of the following facts:

It is important to note no new technology development is required for B.C. to dramatically reduce GHG emissions from building heating using solid wood fuels. Using wood for heat is scalable from the individual, rural residence level to city-wide heating using central CHP plants and district energy. It will also lead to significant air quality improvement across the province. The mountain pine beetle has devastated B.C.’s forest sector and while sawmill wood shortages exist, there are large volumes of fire-prone timber and residues. The energy content of B.C.’s timber harvest is approximately double the province’s electricity generation, which puts the scale of the residue and FireSmarting opportunity in context. If B.C. is serious about reducing GHG emissions from the building sector by 2030, it must prioritize the use of solid wood fuels and the deployment of commercial modern wood heating technologies.

Related
Reaching new markets and doing it safely
Pelletization: An under-appreciated, key component of the Canadian bioeconomy
How to reduce transportation emissions in Canada by 50%: use wood pellets
Webinar: Japan’s biomass outlook in a changing power market