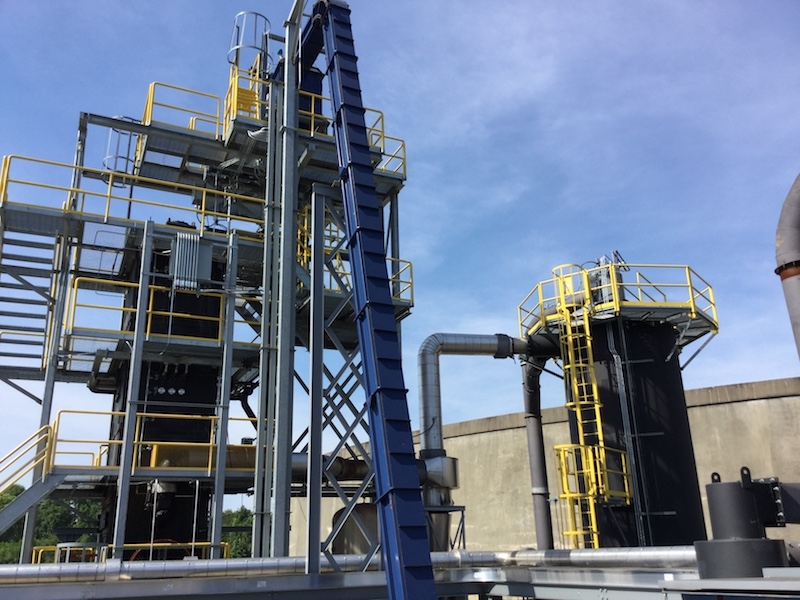 More than 460,000 kWh of green electricity was generated during 2,259 operating hours. This success was accomplished through outstanding teamwork, hard work, and cooperation between the City of Lebanon and Aries Clean Energy.

The city engaged Aries to provide a solution for the disposal of the city’s biosolids and generate renewable energy from both biosolids and wood waste. Aries proposed and constructed a 32-ton per day downdraft gasification plant that would divert waste wood from the landfill and biosolids from land application for its fuel. The plant would generate enough electricity behind the meter to offset a third of the city’s wastewater treatment plant’s energy bill.

“A benchmark like this is additional validation that our patented technology is the best way to reduce disposal costs and produce green electricity behind the meter,” said CEO Greg Bafalis. “Gasification can be a step toward zero landfill goals and a cleaner earth overall.”

“On behalf of the City of Lebanon, I am proud of this plant’s performance in reaching these milestones,” said Mayor Bernie Ash. “It’s truly been a team effort combining forces with city workers, county officials, private business, and local companies to make Lebanon a greener, cleaner place in which to live and work. It speaks volumes about Aries’ leadership and support.”