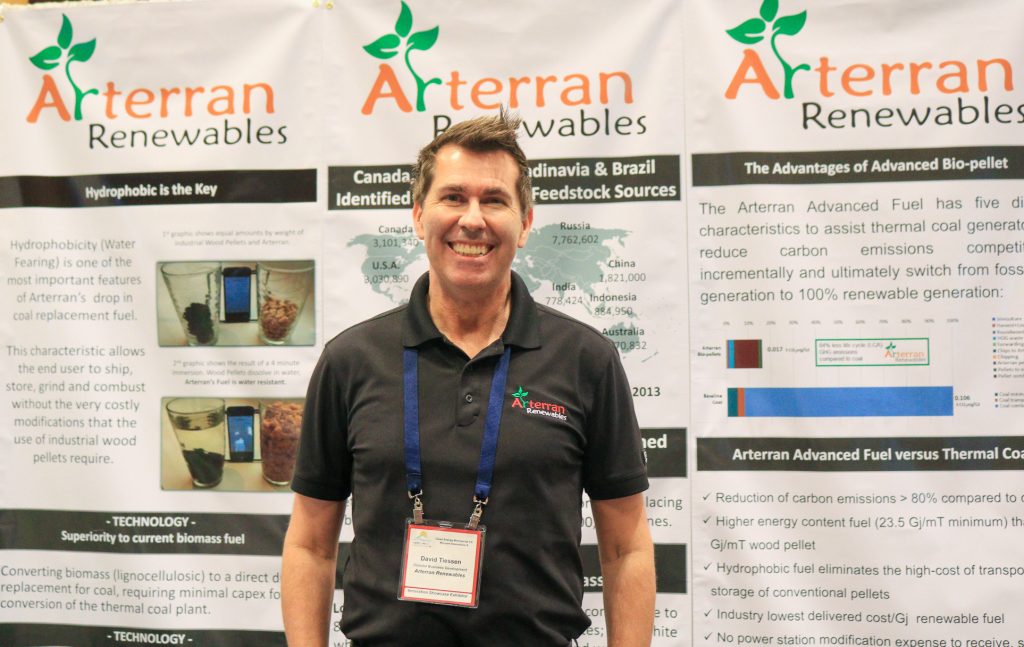 As government officials and industry stakeholders work towards a low-carbon economy, replacing coal with a renewable alternative will be key. But coal is an eight-billion-tonne-per-year industry and replacing all of this coal with wood pellets or other solid biofuels isn’t cost-effective. That’s where Vancouver-based Arterran Renewables comes in.

The company is commercializing their third-party validated process that produces a “drop-in” solid biofuel specifically designed to replace thermal coal at a low cost.

“The use of the catalyst enables the conversion process to occur at a lower temperature and pressure and this results in considerable operating and construction costs savings,” David Tiessen, Arterran Renewables’ director of business development, explains. “It’s the catalyst that does the heavy lifting to remove the water from the biomass while also densifying the fuel’s energy and mass.”

The process occurs in less than an hour and a half, using only a few major pieces of equipment – catalyst tanks, a series of bioreactors (where the chemical reaction occurs) from De Dietrich Process Systems, a centrifuge and pelletizers.

“Once the catalyst/biomass slurry comes out of the reactors, it goes into the centrifuge to separate the catalyst and water from the now densified, hydrophobic fuel, which has four per cent moisture content,” Tiessen explains. “From there it goes straight to the pelletizers.”

The process is “feedstock agnostic,” he adds, which means most types of biomass feedstock can be used. Arterran will largely use wood fiber but is also looking at opportunities with agricultural residues.

The resulting product, called Arterran Advanced Fuel (AAF), is a pellet with a 24 gigajoule (GJ) per tonne energy density. It has a higher carbon to oxygen ratio with 200 per cent more oxygen and results in a more efficient, cleaner burning fuel, Tiessen says. 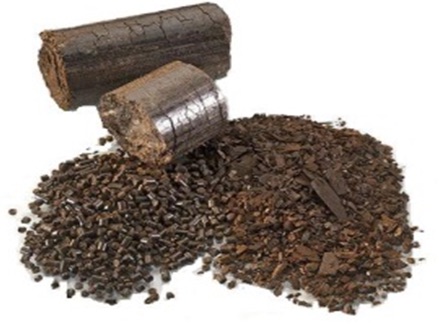 “It was wood when it went in but it’s not wood when it comes out,” he explains. “It’s just not the same molecular makeup. It’s like a jigsaw puzzle of wood taken apart, and not all the pieces are there at the end.”

Since the catalyst removes moisture from the biomass feedstock, less energy is used. As a result, the cost of production is lower.

“The lower amount of energy on the front-end enables us to produce a superior drop-in biofuel at less cost than a wood pellet,” Tiessen says.

This is critical given that last year, 23 million tonnes of wood pellets replaced thermal coal globally, and that number is forecast to reach 40 million tonnes by 2025, he says. Tiessen believes this market growth will happen more quickly with the introduction of AAF.

Right now, wood pellets are the only commercially viable renewable fuel that can replace thermal coal. But, as a replacement solution, it’s less than ideal because of high conversion costs, storage costs, and increased logistical expense compared to coal, Tiessen says.

The adoption of steam-exploded or torrefied biofuels is also not happening even though these fuels reduce or eliminate conversion and storage costs, he adds.

“Steam-exploded and torrefaction technologies work but their drop-in pellets cannot be produced at a low enough cost to be adopted on a large scale,” Tiessen says. “That’s where we fit in.”

For a typical coal-firing facility to convert to wood pellets, there is an upfront cost of approximately $400 million, he says.

But coal-firing facilities can use AAF without retrofitting or modifying their equipment. The pellets have a similar energy content, size, weight, grindability, weather resistance and chemical stability to coal. Consequently, a typical 450 megawatt per hour (MWh) facility will save $364,500,000 in conversion expenses, Tiessen says.

This results in logistical savings of $241,250,400 over 10 years, he adds. According to Tiessen, a 450 MWh facility requires 71 large bulk carriers of wood pellets, which have an average 17 GJ per tonne energy density. At 24 GJ per tonne, AAF can supply the same amount of energy in just 41 shipments. 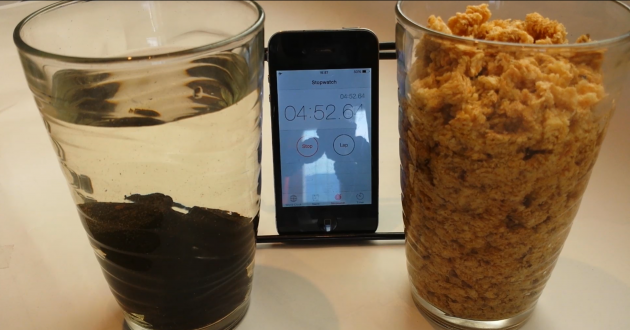 The company will begin producing AAF on Vancouver Island with an initial 20,000-tonne capacity plant and seven or eight new operators will be hired to run the plant. Eventually, the demonstration plant will scale up to 150,000-tonne year, with an additional operator hired every 3,000 tonnes.

“We already know from talks with forestry that the island can support three full-scale project locations,” Tiessen explains when asked why the company is building the plant on Vancouver Island.

“There’s two projects that are definitely in the works, and three project locations on the Island that we’re looking at,” he says. “Those locations are in the North Island at Port Alice and/or Coal Harbour, in the Central Island at Elk Falls, Campbell River, and then in the South Island in the Cowichan area.”

Tiessen believes the commercial demonstration project will move forward quickly now that NRCan is set to provide funding. Once NRCan finalizes due diligence, the company can begin ordering equipment.

“It’s at least a two-month lead time for the reactors, so it will probably take two or three months for the equipment to show up on site,” Tiessen explains.

By April, Tiessen believes the plant will have delivered the first 1,000 tonnes of AAF to waiting prospective customers in Europe and Japan.

“But we have more business opportunities than our capacity can handle at the moment,” he says.

Projects in the pipeline

In fact, Arterran has several clients interested in using their products around the world, including in Germany, Sweden and India.

Arterran is in talks with a German utility to deploy their technology in Brazil. Currently the German company has a government subsidy to use wood pellet technology to process sugar cane biogas into a 16 GJ pellet. But without the subsidy, it is not logistically viable for the company to produce that low energy density pellet in the long run, Tiessen explains.

“They know in a couple of years those subsidies are going to run out, and they’re now looking for a thermal densification process that can viably make a higher energy density fuel to provide logistical savings that compensate for the subsidy loss,” he says.

Meanwhile, Arterran just returned from a meeting in India where the state utility is considering AAF as an alternative to replace 10 per cent of their coal. The coal used in India has a very low energy density of 11 GJ per tonne, Tiessen explains, while Arterran’s product is 24 GJ per tonne. Consequently, AAF would be a cheaper source of energy than coal in India.

“That’s profound,” says Tiessen. Altogether, the projects and needs of their prospective customers amount to 13 million tonnes of AAF each year.

Arterran plans to enter into joint venture partnerships with feedstock partners to produce AAF and license their technology to third-party producers around the world.

The company’s plants are modular, consisting of 12 7,500-litre reactors capable of producing 75,000 tonnes of pellets. The components in the plant – the bioreactors, centrifuge and pelletizer – are available from manufacturers off-the-shelf. Each reactor can be individually housed and assembled within a shipping container-sized frame, which makes it scalable and easy to ship to project sites globally, Tiessen explains. 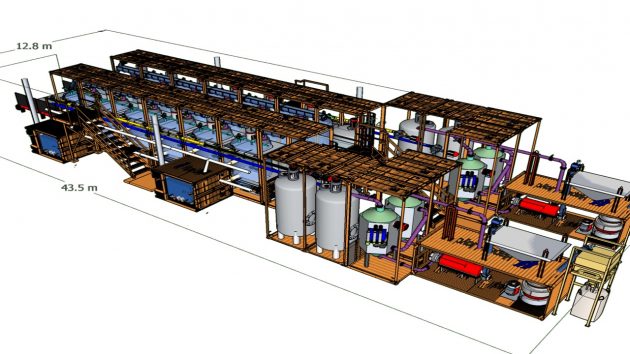 “Manufacturing our production plants will be an industry unto itself,” he says. Replacing just five per cent of the eight billion tonnes of thermal coal consumed annually would require 5,300 of those 75,000-tonnes plants.

“The reason our plants are designed this way is simply because this is what will be required to meet the demand,” Tiessen explains.

“It’s very disruptive technology,” he adds. “Canada has so much biomass and will deliver both the cleantech and renewable fuel to expedite thermal coal’s replacement. This will be a big movement around the world.”