June 9, 2017 - Bandit Industries, Inc. has expanded its line of skid-steer loader attachments to include the Model SA-25, a hydraulically powered stump grinder attachment that operates off a loader’s existing high flow hydraulic systems. The SA-25 features a 24.5” diameter Revolution cutterwheel, the same size cutterwheel found on some of Bandit’s largest self-propelled stump grinders. 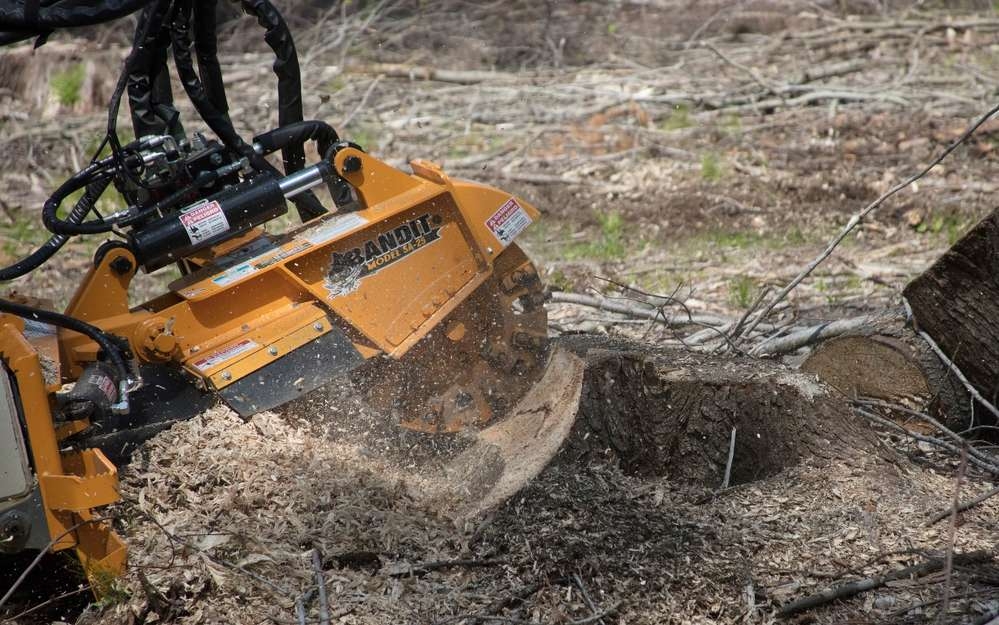 The Model SA-25 joins Bandit’s already-robust lineup of skid-steer loader attachments that includes the Bandit Stump Gun vertical stump grinder and the Model 60FM and Model 72FM forestry mulchers. All Bandit attachments bring the power and productivity of a Bandit to the versatility of a skid-steer loader.

“Skid-steer loaders are already on the job all over the world,” said Bandit sales manager Jason Morey. “Adding a Model SA-25 or Stump Gun stump grinder makes quick work of stump removals in land clearing, right-of-way or construction jobs. And a Model 60FM or 72FM can turn your skid-steer loader into your most productive mulching machine.”