April 12, 2018 - Bioindustrial Innovation Canada (BIC) is a not-for-profit organization based in Sarnia, Ont. Its goal is to help Ontario and Canada become globally recognized leaders in the field of sustainable technologies. In 2016, BIC established The Centre for Commercialization of Sustainable Chemistry Innovation (COMM SCI) initiative program, which acts as a hub for the commercialization of sustainable chemistry and bio-based innovation. COMM SCI supports BIC’s mission to provide critical strategic investment, advice and services to business developers of clean, green and sustainable technologies. 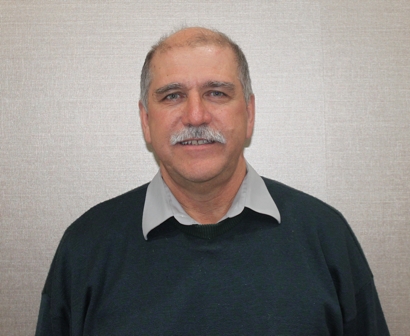 BIC believes that there are significant opportunities to execute COMM SCI projects in Eastern Ontario that can leverage the existing opportunities and remove barriers to commercialization. This will lead to new businesses, such as bio-based start-ups and sustainable chemistry companies, which can bring innovation to full commercialization.

In order to effectively develop and manage perspective COMM SCI projects in Eastern Ontario, BIC needed resources in the region. As a result, Sandy Marshall, Executive Director of BIC, welcomes Joe Hendriks to its management team as a COMM SCI Project Manager.

Joe grew up on a dairy farm near Spencerville, Ontario. He graduated from Carleton University in 1981, with a Bachelor of Engineering degree in Mechanical Engineering (with distinction). Out of university Joe worked for DuPont Canada Inc. as a process engineer, in 1981 at the Maitland Site near Brockville, Ontario. He held various positions in operations and technical including technical manager and operations manager until he became the Maitland Site Manager in 2003. Continuing as Maitland Site manager after the transition to INVISTA Canada in 2004, he held that position until he retired in June 2017 (14 years).

As Maitland Site Manager, Joe took on two additional roles including Operations Director for Canadian Contract Manufacturing in 2006 (for four years) and INVISTA (Canada) Company Director in 2012 (for five and a half years).

Last year, Joe became a member of the Port of Johnstown Management Committee, as well as a board member of the St. Lawrence Corridor Economic Development Commission (SLCEDC).

Joe and his wife, Vera, have five children (three girls and two boys).

“The natural alignment of the goals and objectives of the SLCEDC with those of Bioindustrial Innovation Canada confirmed in my mind that being part of both organizations created the greatest potential,” said Joe. “I believe that my experience in agriculture growing up, formal training in engineering, 36 years of chemical industry technical and management experience, and knowledge of Eastern Ontario will benefit BIC . I look forward to new experiences and learnings with this great organization.”