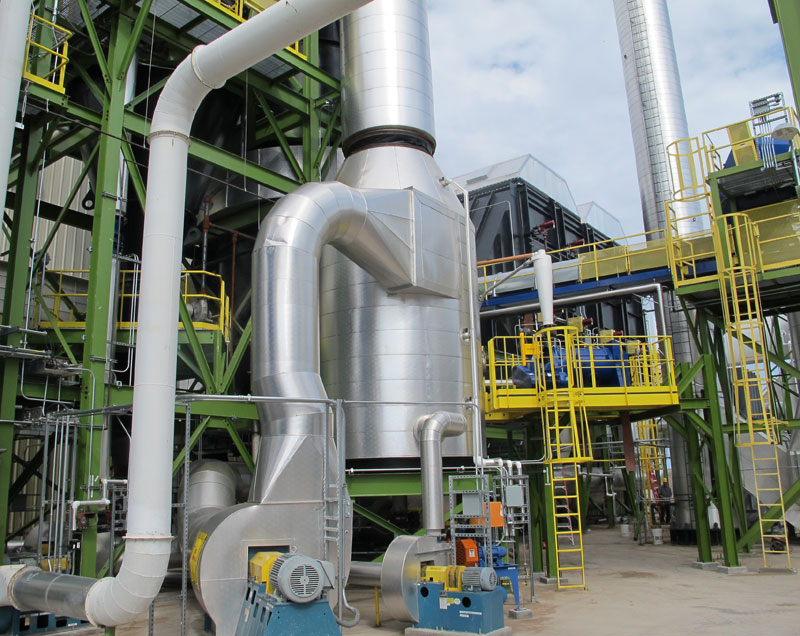 The company’s flagship production facility has the capacity to
process 300,000 tons per year of biomass into carbon products, and has been operating since early fall. The
facility is creating more than 40 direct jobs – with military veterans
filling more than one-third of those jobs – and is projected to create
and support more than 100 jobs in the local forestry, wood products,
transportation and construction industries.

Initial products include activated carbon with applications for air
and water purification and control of mercury and other emissions from
power plants.

Unlike most activated carbon products for mercury control that are
made from coal, Biogenic Reagents’ products are derived from renewable
biomass. The company stresses that biomass is not only renewable and costs less than coal, it
contains significantly less ash and other contaminants than coal-based
products. It says the result is greater adsorptivity and better performance.

According to multiple studies, including blind side-by-side trials
conducted by researchers at Stanford University’s Clean Energy
Conversions Lab and recent full-scale trials at a Michigan utility,
Biogenic Reagents’ mercury control product outperforms coal-based
products and has demonstrated the ability to reduce mercury emissions
from a coal-fired power plant by more than 90 percent. The achievable
levels are three times lower than the Environmental Protection Agency’s
new mercury air toxics standard that will go into effect in early 2015, the company claims.

In tests, Biogenic Reagents’ product demonstrated the ability
to reduce mercury emissions from a coal-fired power plant to less than
three billionths of a gram per cubic meter of exhaust gas, which is
approximately half of the mercury level present in the breath of someone
who has silver fillings containing a mercury amalgam.

“Based on our knowledge and experience with mercury emissions and how
to best control them, we believed there was an opportunity to introduce
a lower cost and higher performing product into the marketplace,” said
Biogenic Reagents CEO Jim Mennell. “The results of third-party studies
and commercial-scale trials now validate that belief.”

Find more about the company here.