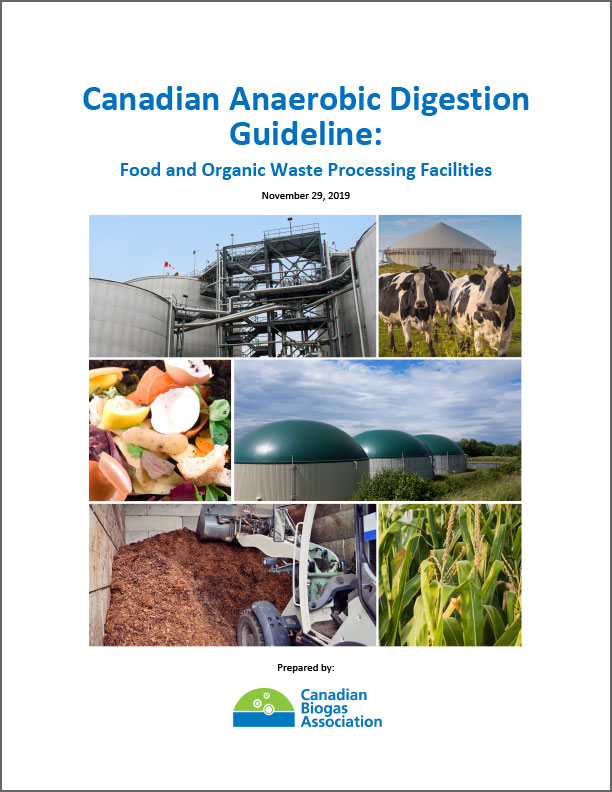 The Canadian Biogas Association (CBA) has developed an industry-led, national Anaerobic Digestion (AD) Guideline document. The AD Guideline provides recommended planning, design, and operational practices for AD facilities that process food and organic waste materials. The document aims to create a clear outline of best practices for biogas projects and assist developers and stakeholders with the regulatory process and remove barriers to support growth in the green economy.

The AD Guideline addresses a gap following a global jurisdictional scan that found over 20 AD Guidelines or supporting documents in Europe, Australia, and the U.S. with no equivalent document for Canada. The AD Guideline was shared in draft form with CBA members, biogas industry colleagues, and key stakeholders in several regions across Canada in early 2019 with notable input from government departments, industry organizations, and members representing agriculture, municipal and private interests. By far the overlying sentiments from the feedback was tremendously positive.

Now, a first of kind Canadian AD Guideline offers technical guidance to support continued development of biogas projects in Canada. The CBA would like to thank committee members and stakeholders for their contributions and interest in the development of this important resource.

The CBA’s objectives in developing the AD Guideline are:

Create a clear outline of best practices for biogas projects;
Assist developers and stakeholders with the regulatory process and remove barriers to support growth in the green economy;
Inform proponents to minimize or prevent, using buffers or other control measures, the exposure of any person, property, plant or animal life to adverse effects associated with the operation of food and organic waste AD facilities.