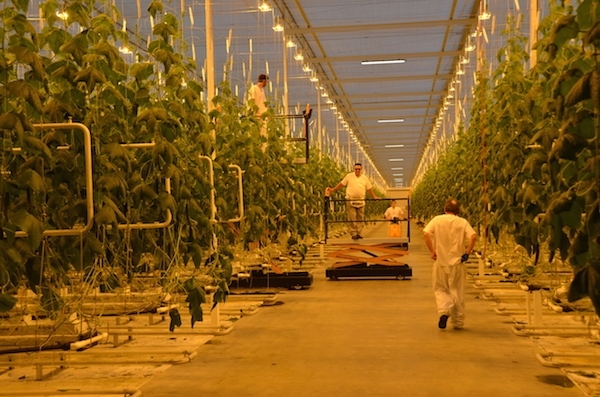 The project is in conjunction with Fibrek General Partnership, a subsidiary of Resolute Forest Products Inc., and Serres Toundra Inc., and involves the deployment of a 30-tonne per day (tpd) CO2 capture unit and ancillary equipment at the pulp mill, as well as the commercial reuse of the captured CO2 by the adjacent Toundra Greenhouse complex.

Start-up of the CO2 capture unit officially took place on March 14, 2019, preceded by the successful pre-operation verifications of each of the capture unit’s systems, after which the unit was put into operation and the first tonnes of CO2 were captured.

“This unit, a three-times scale-up from our currently operating 10-tpd unit in Montreal-East, confirms the position of our proprietary enzymatic technology as the world’s most advanced second-generation carbon capture technology,” says Richard Surprenant, chief technology officer at CO2 Solutions.

Once the Saint-Félicien capture unit reaches its nominal capacity of 30 tonnes of CO2 per day, a six-month demonstration period will begin, after which the commercial phase will begin and CO2 Soluctions will generate revenues from the sale of the CO2 to Toundra Greenhouse.

CO2 Solutions says the unit will also reduce the Resolute pulp mill’s CO2 emissions and enhance the growth of Toundra Greenhouse’s production with a non-fossil source of CO2.

Unlike CO2 capture processes that use toxic amine chemicals, CO2 Solutions’ enzymatic technology produces no toxic emissions or wastes, making it a clean process. he construction of the Saint-Félicien CO2 capture unit was partly financed with investments from Sustainable Development Technology Canada and the Technoclimat program of the Quebec government, as well as a loan from Canada Economic Development (CED).