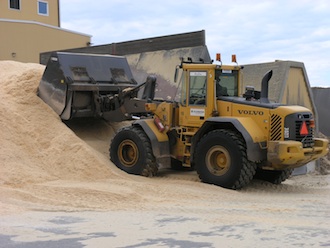 According to a report in Reuters, wood pellets, which can replace coal in electricity
generation, can be part of a pro-environmental policy given
their burning results in no net carbon emissions compared with
fossil fuels.

Yet the strong growth in demand for such biomass resources
has also raised concerns about sustainable sourcing and the fact
that their use will likely increase reliance on imports from
countries such as Brazil and Canada. Yet biomass is also attractive in a green energy mix because
unlike intermittent renewable energy sources like wind or solar
it provides stable baseload power.

The demand for wood pellets in Europe will reach 29 million
tonnes in 2020, up from 8 million in 2010, Bain analysts
estimate.

Yet the majority of Europe's biomass needs, around 66
percent or 19 million tonnes, will have to be imported from
outside the continent, mainly from North America, Russia and Brazil, the analysts said.