March 15, 2016 - G4 Insights has received $800,000 from the Canadian government to build an RNG demonstration plant in Edmonton. 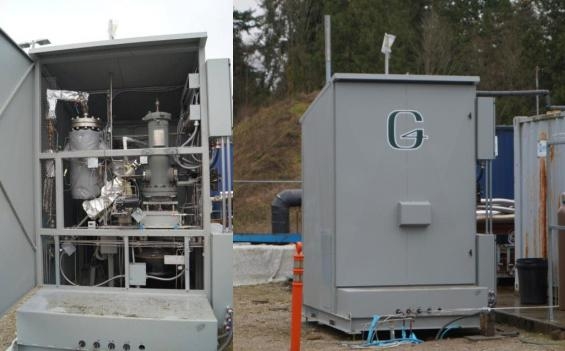 The plant, hosted by ATCO, will allow G4 Insights to test a range of forest residues and collect operational data with the goal of developing technology to convert forestry residue into renewable natural gas (RNG) that can be distributed through Canada’s natural gas pipelines.

Canada’s Minister of Natural Resources Jim Carr made the funding announcement today. “By investing in clean technology industries we can help them be more innovative, more competitive and more successful,” Carr said in a news release.

Edson Ng, principal for G4 Insights Inc., said the funding support will help the company forge a path for greenhouse gas reductions that are affordable, reliable and sustainable. “This project will advance G4 technology toward commercialization through field trials of enhanced subsystems for robust continuous operation and grid injection,” Ng said.

Timothy Egan, president and CEO of the Canadian Gas Association, said the project will support the industry’s aspirational target of blending 10 per cent RNG in the Canadian natural gas distribution system by 2030.

Pierre Lapointe, president and CEO of FPInnovations, said he looks forward to RNG becoming a viable renewable energy source in the future. “This project demonstrates the importance of bringing together scientific expertise, industrial sector know-how and government support to solve the challenges of creating a clean tech economy,” he said.

“ATCO is excited to host and sponsor G4 in Edmonton. RNG is a largely untapped renewable resource that Canadians can use to heat and power their homes and businesses using a carbon-neutral fuel. ATCO is supportive of RNG as a technology and is hopeful that their support will help accelerate the adoption of RNG in Alberta and commercialization of the G4 technology,” said Dean Reeve, senior vice-president and general manager, gas distribution, for ATCO Pipelines & Liquids Global Business Unit.