Aug. 28, 2017 - As power transformers at generation facilities near end-of-life cycles, a number of potentially dangerous events can come into play – in addition to untimely power outages and costly repairs. 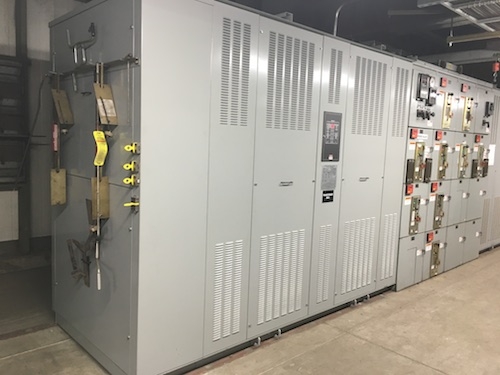 Because many transformers are exposed to dust and high operating temperatures, over time they incur such problems as clogged air inlets, clogged cooling ducts, and deterioration of winding insulation, all of which can degrade capacity. If a transformer is operating under such conditions – particularly operating at or above its rated load – unexpected outages can occur.

Among the more catastrophic of those events are explosions, fires and meltdowns that result in immediate outages, plus risk of worker safety, fines, security lapses and community ire. Occasionally, such events occur because of failure of the transformer lightning arrester, or an inadequate fire protection system.

More often, problems due to end of life cycles for high-voltage transformers stem from transient overvoltage switching surges or surges due to degraded insulation of coil windings.

“Insulation breakdown often results due to high heat, which is one of the biggest enemies of power transformers, as well as over voltage and high current loads above the rated values,” says Alan Ober, vice-president Engineering and Manufacturing at transformer manufacturer and service provider ELSCO (Cincinnati, Ohio). “Over a 20-year period insulation can deteriorate to the point where the coil windings are exposed to moisture, dust – which leads to tracking, flashover to ground of the winding turns, and resulting short circuits.”

Such was the case at Avista Corporation’s Kettle Falls Generating Station in northeastern Washington State. Built in 1983, the Kettle Falls plant was the first utility-owned electric generating station of its kind in the U.S. constructed for the sole purpose of producing electricity from wood waste, or biomass, making it a major contributor to Avista becoming one of the greenest utilities in the country.

It is these four transformers, enclosed in a dedicated room with switchgear, which came into question in 2015 during the station’s annual preventive maintenance outage. The insulation of the four transformers, each of them 35 years old, had already deteriorated to a concerning degree.

The power station decided to replace two of the units immediately, and replace the other two in the next year. Yet, there were concerns about being able to find a replacement manufacturer who could provide the Kettle Falls facility with units that were essentially identical with their aging ones, that would drop right into the same footprint and also hook up to the switchgear via the same connections, without requiring significant modifications.

After researching several prominent manufacturers the utility’s team decided on Electric Service Company (ELSCO) to design and build the replacement units as well as provide for any modifications that could enhance service life or performance.

Founded in 1912 by former Westinghouse engineers, ELSCO specializes in providing quality new, repaired and rebuilt transformers ratings range from 500 through 3750 kVA in 2.5, 5 and 15kV primary voltages, including both liquid-filled and dry-type models.

Tailoring a neat fit
One of the major reasons the Kettle Falls station team chose this manufacturer was because of its abilities to design and build replacement transformers for older or outdated units, which often requires a certain amount of customization to fit the space available.

Nathan Sarber, General Forman of the Kettle Falls facility explains that not only was matching a tight transformer footprint a challenge, but also getting the replacement units in place was a strenuous task.

“These are 10,000-pound transformers that are located in a room inside of a building, so we had to make sure we dealt with a transformer manufacturer who would be able to help us with the footprint, installation and connection requirements,” he says.

Sarber worked directly with ELSCO’s Ober to ensure that the dimensions of the new units would not only meet the existing transformer specs, but would also facilitate the installation requirements of fitting through the transformer room and having compatibility with the existing switchgear connections.

Although Ober’s engineers often travel to a customer’s site to evaluate the need for transformer service or replacement, much of the validation of the replacement units’ dimensions is performed with drawings and photographs. A site visit is particularly valuable when there are no references available for the original equipment.

“Using this process he was also able to match up exactly the measurements for the dimensions of where our bus connects onto our low voltage control center, so we were able to basically replicate the original connections from the new transformer,” Sarber says. “As a result, the footprint stayed exactly the same as it was with the original equipment. This was important, because we didn’t have any room to spare.”

Although the new units were dimensionally identical to the original ones, ELSCO recommended and provided some upgrades for all four replacements. Instead of installing aluminum windings and connections, the manufacturer suggested that copper be used.

“Copper provides greater conductivity and longevity, with fewer chances of poor electrical connections,” Sarber says. “Also, in the old days they used to manufacture transformers that were somewhat overdesigned in terms of capacity and durability. Today, with tighter profit margins, if you want a 1500 kVA transformer, that’s exactly what you will get. You won’t have the ability to overload it without the risk of a breakdown. So, now the quality of transformers is especially important – including windings and connections.”

Upgrading the solution
The Kettle Falls station engineers also accepted ELSCO’s recommendation to upgrade the new transformer enclosures. “The old enclosures had inlets and outlets that were basically wide open near the top and bottom of each unit, except for arc-flash screening,” explains Ober. “There was the potential that if a transformer would fail and go through a meltdown, the aluminum or copper of the windings could be thrown or splatter onto nearby equipment or personnel.”

The enclosures were upgraded to NEMA Type-2 indoor specifications that feature drip-proof ventilation louvers instead of slots, which would prevent any dripping water from entering the transformer. Also, if an arc flash or meltdown were to occur, any molten aluminum or copper would be directed downward, providing a measure of added safety for personnel and surrounding equipment.

Sarber adds that this project of replacing four aging transformers with new, drop-in units was a first for the plant. However, due to the lower cost and overall ease of the process, he intends to continue replacing aging transformers at the Kettle Falls Power Generation Station in this manner.